Related video: Microsoft Flight Simulator Will Take Up 100GB Of Your Xbox Storage

Since it launched a little over eight months ago, the Xbox series X has been difficult to find in stock. Supply chain problems and a global shortage of microchips have conspired to slow production of Microsoft’s next-generation console to a trickle.

While the cheaper Xbox series S is easier to find in stock at most UK stores, the more advanced Xbox series X console continues to be sold out everywhere. The few that make it to the shelves sell out quickly too, which is why we started this Xbox series X stock tracker.

If you’re want to know where to buy an Xbox series X today, we’ve got you covered. We’ll update you with stock drops as soon as they happen, as well as any news on predicted restock dates and milestone events.

Where can you buy a PS5 today?

Microsoft isn’t the only company struggling to produce any consoles. The PlayStation 5 is about as difficult to find as the Xbox series X, though we’ve a better idea of which retailers are most likely to restock Sony’s next-generation console soon.

BT, yes the phone company, received an allocation of PS5s earlier today – though you had to have signed up for alerts from the retailer ahead of time to be in with a chance of buying one. Follow our PS5 stock tracking liveblog for more updates on new PS5 stock as it arrives.

There are two next-generation Xboxes, the less powerful Xbox series S and the more advanced Xbox series X. So what’s the difference?

Next-generation Xbox games will run on both consoles – you’ll see games advertised as being available for “Xbox series X/S” – though on the less powerful Xbox series S the overall graphics quality and performance will be dialled down. The Xbox series S does not have a disc drive, and can only play downloaded games, though it’s still fully backwards compatible with games for older Xbox consoles.

The Xbox series S is much easier to find in stock than the series X. It’s also cheaper and costs just £249 (Amazon.co.uk). Here are the Xbox series S’s specs:

And for comparison, these are the Xbox series X specs below. There’s a pretty big gulf between the two consoles in terms of hardware, so if you’re in search of a truly next-generation upgrade we’d wait for the Xbox series X to come back in stock.

When will Smyths have the Xbox series X in stock?

For those of you just joining us, hello! The Xbox series X is out of stock everywhere, and now you’re up to speed.

There’s a healthy chance we’ll see a restock at Smyths Toys this month. The retailer hasn’t had the Xbox series X in stock online since mid-June, though we hear it’s possible to find the console in some physical stores. If you have a local branch it’s worth dropping in and asking about availability.

When the Xbox is in stock online, Smyths is one of three retailers – along with Game and 4Gadgets – to offer the Xbox All Access programme, a pay-as-you-go alternative to buying the console at full price. You pay £28.99 per month for 24 months, get Xbox Game Pass Ultimate thrown in, and own the console at the end of the term.

You can play Xbox games on your laptop

This might tide you over while we wait for the Xbox series X to come back into stock: Xbox Game Pass Ultimate subscribers can play a selection of Xbox games on their PC right now using Microsoft’s cloud streaming service.

You don’t need a gaming PC, just a fast enough internet connection. Xbox Cloud Gaming streams games from Microsoft’s servers to your laptop or phone, via your internet browser or the Xbox app. Cloud gaming requires a membership to Xbox Game Pass Ultimate (£32.99, Argos.co.uk), which unlocks on-demand access to more than 100 games.

Thankfully, decent laptops are much easier to find than the Xbox series X. If you’re thinking of upgrading, check out our list of the best laptops in 2021.

Sign up to the IndyBest newsletter for more deals

Want even more shopping insights? Why not sign up to the IndyBest newsletter right now to access the best deals and round-ups of the week’s must-have products, as chosen by our crack team of IndyBest experts.

Dropping into your inbox every Friday morning, the handy digest features items from our tried and tested reviews by experts in the field – helping you make the most informed choice with your hard-earned cash.

Read our full review of the Xbox series X

Our profile of the most advanced Xbox yet describes a powerful machine that’s still waiting on truly next-generation games to take advantage of the hardware. The pandemic has slowed more than just the production of games consoles. Many videogames have had their development schedules delayed by the sudden shift to remote working in 2020, meaning the launch dates of major titles have had to be pushed back.

Still, the Xbox series X is impressive. As our reviewer (well, I) put it, “inside the black box are some seriously powerful components, matching a high-end gaming PC in a chassis that’s about the size of a loaf of Hovis.”

Microsoft Flight Simulator (£59.99, Very.co.uk) is the hottest game on Xbox Game Pass right now, but there are a slew of new titles arriving on the subscription service throughout August. Here’s the full list.

Xbox Game Pass is essentially Netflix for gaming, offering players access to more than 100 games for a flat montly fee. Subscribers can also access discounts on buying games from the Xbox store.

The Xbox series X hard drive has £40 off at Amazon

While we wait for more Xbox series X stock to materialise, you might want to consider boosting your future console’s available storage.

The Seagate 1TB storage expansion card (£179.99. Amazon.co.uk) doubles the capacity of the Xbox series X you don’t own yet. This is the cheapest the SSD has been, so if the thought of running out of space is keeping you up at night, now’s a good opportunity to pick one up.

With download sizes ballooning and games like Microsoft Flight Simulator (£59.99, Very.co.uk) hogging up to 100GB of the Xbox’s built in hard drive, it likely won’t be long until expansion drives are a required accessory.

PS5 vs Xbox series X: which console is better?

Where is the Xbox series S in stock?

The Xbox series S is the less powerful version of the Xbox series X, but it’s still a fantastic games machine. And if there’s one major advantage it has over the more advanced Xbox series X, it’s that you can actually buy one right now.

The Xbox series S is backwards compatible and runs the same next-generation games, but at lower resolutions and with some of the fancier graphics options dialled down or switched off. It also doesn’t have a disc drive, so you can’t play your physical games collection, only the games that you download.

For that reason the Xbox series X is considered by purists to be the “true” next-generation Xbox, and so the more powerful console is in much higher demand. This means it’s relatively easy to find the Xbox series S in stock online. Here are a few spots you can pick one up today.

IndyBest product reviews are unbiased, independent advice you can trust. On some occasions, we earn revenue if you click the links and buy the products, but we never allow this to bias our coverage. The reviews are compiled through a mix of expert opinion and real-world testing. 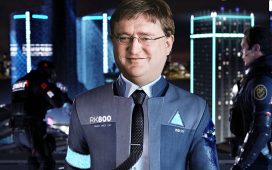 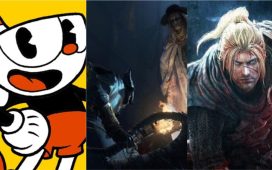 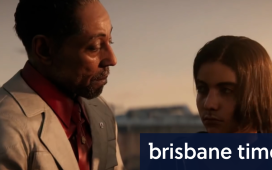 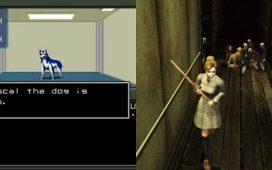