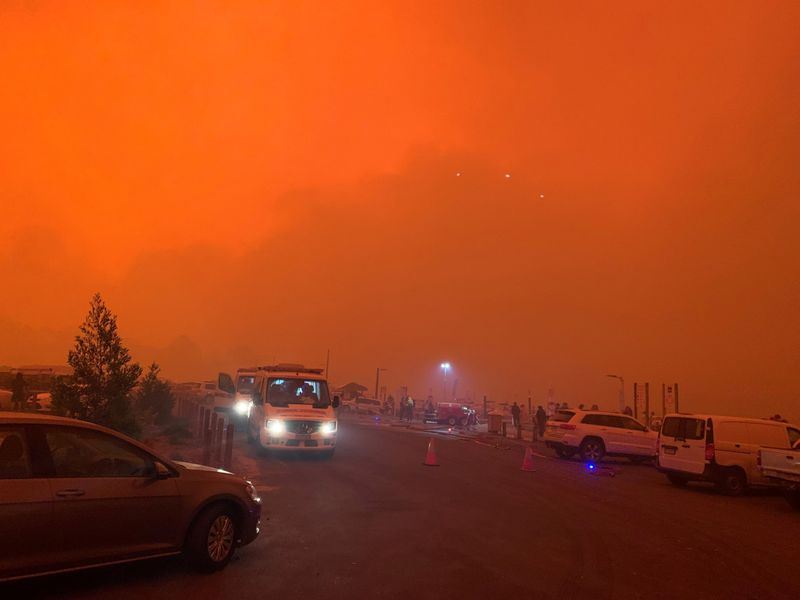 SYDNEY/HONG KONG (Reuters) – The world rang in the New Year on Wednesday with spectacular firework displays from Sydney to Tokyo, although celebrations in Australia were overshadowed by deadly wildfires and the festive mood in Hong Kong and India was dampened by protests.

About a million revellers thronged Sydney harbour and nearby districts to watch more than 100,000 fireworks explode above the city, even as thousands of people along Australia’s eastern seaboard sought refuge from the bushfires on beaches.

Thousands of Hong Kongers welcoming 2020 on neon-lit promenades in the picturesque Victoria Harbour broke into pro-democracy chants shortly after the countdown to midnight.

Hong Kong authorities cancelled the main midnight fireworks display for the first time in a decade, citing security concerns. A “Symphony of Lights” took place instead, involving projections on the city’s tallest skyscrapers, while smaller-scale pyrotechnics were launched from waterfront rooftops.

Sydney decided to press ahead with its fireworks despite calls by some members of the public for the display to be cancelled in solidarity with fire-hit areas in New South Wales, of which the city is the capital.

Sydney Mayor Clover Moore said planning had begun 15 months ago and that the event also gave a boost to the economy.

Some other towns in eastern Australia cancelled their New Year’s celebrations as naval vessels and military helicopters helped firefighters rescue people fleeing the fires, which have turned swathes of New South Wales into a raging furnace.

READ  Debenhams to be wound down putting 12,000 jobs at risk – business live

The fires have killed at least 11 people since October, two of them overnight into Tuesday, destroyed more than 4 million hectares (10 million acres) and left many towns and rural areas without electricity or mobile coverage.

In Hong Kong, rocked by months of sometimes violent pro-democracy demonstrations, protesters were urged to wear masks at a New Year rally called “Don’t forget 2019 – Persist in 2020”, according to social media posts.

“This year there are no fireworks, but there will probably be tear gas somewhere,” said 25-year-old IT worker Sam. “For us it’s not really New Year’s Eve. We have to resist every day.”

Some 6,000 police were deployed and Chief Executive Carrie Lam appealed for calm and reconciliation in her New Year’s Eve video message.

The protests began in June in response to a now-withdrawn bill that would have allowed extraditions to mainland China, where courts are controlled by the Communist Party, and have evolved into a broader pro-democracy movement.

Thousands of Indians ushered in the year by demonstrating against a citizenship law they say will discriminate against Muslims and chip away at India’s secular constitution.

Demonstrations were planned in New Delhi, in the grip of its second coldest winter in more than a century, as well as Mumbai and other cities, despite Prime Minister Narendra Modi’s attempts to dampen demonstrations that have run for nearly three weeks.

Irshad Alam, a 25-year-old resident of the Shaheen Bagh area of New Delhi, stood with his one-year-old in his arm and his wife by his side. He said he had been participating in the protest every day.

“It’s freezing here,” he said. “But we are still here because we care about this movement.” More than 200 people gathered in and around a makeshift stage in the Muslim neighbourhood chanting slogans and reciting poetry.