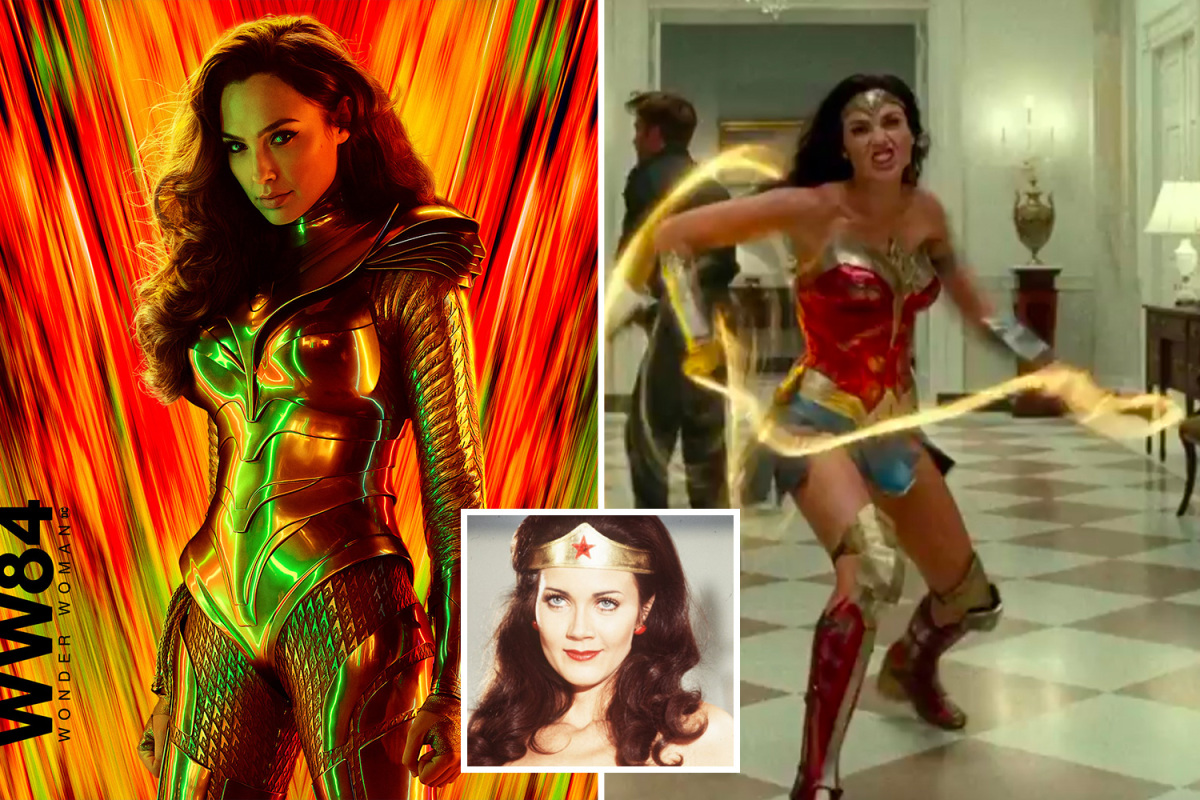 WONDER Woman has been given a golden makeover as a new trailer for the hotly anticipated film has been released.

Gal Gadot stunned in the newest evolution of her character – by wearing full body futuristic suit of armour.

The Israeli beauty, 34, made it clear the Amazonian adventurer was ready for anything in the technicolour teaser for the DC character’s latest outing.

She had teased the costume earlier in the year on Instagram, but fans have been treated to another sneak peak in a trailer.

Her shining suit is moulded to her body with the bridges of raised metal running down the centre.

The costume has come a long way from the golden knee high boots, silver wrist cuffs and a crown that was worn by Lynda Carter.

Wonder Woman 1984 will show her taking on a new enemy in 70 years on after the events of her first standalone film, which will be released in June next year.

Former Miss Israel Gal Gadot is best known for her role as Gisele Yashar in the Fast & Furious franchise as well as playing Wonder Woman in the DC Extended Universe.

She served in the Israeli military for two years from the age of 20 and began modelling in the early 2000s. She is famous for being the face of Gucci Bamboo fragrance as well as for performing all her own stunts.