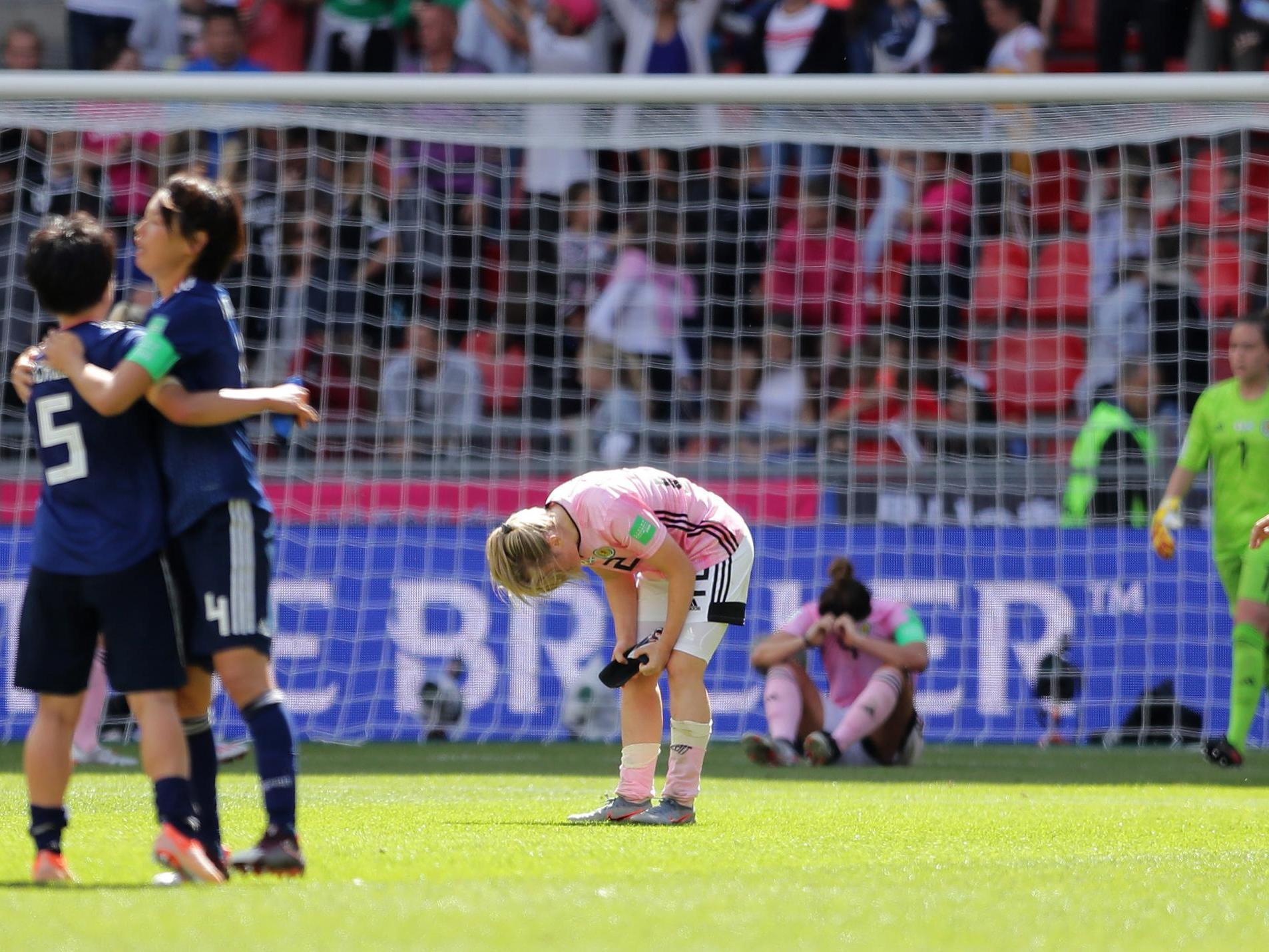 Scotland women’s football suffered a second defeat in Group D at the Women’s World Cup as they were beaten 2-1 by Japan in Rennes.

Just as in their loss to England in their opener five days earlier, Shelley Kerr’s side went 2-0 down in the first half before pulling a goal back in the closing stages of the game.

Japan took the lead in the 23rd minute at Roazhon Park via a Mana Iwabuchi strike, and their advantage was extended in the 37th by a penalty won and converted by Yuika Sugasawa.

Scotland may well view the decision to award the spot-kick as harsh and they subsequently had two penalty appeals turned down after the break, and hit the post through Erin Cuthbert, before substitute Lana Clelland’s fine strike made it 2-1 with two minutes of normal time remaining.

Kerr’s team need to beat Argentina in their final group game on Wednesday to have any chance of progressing into the last 16.