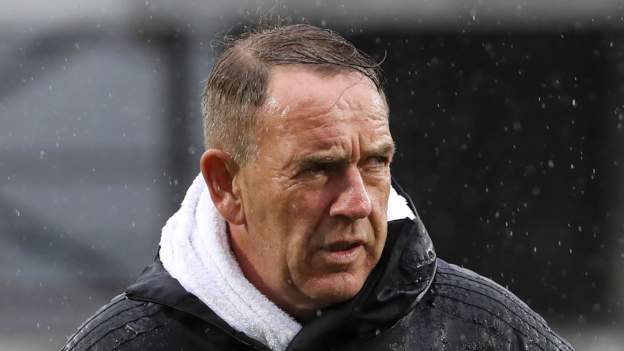 Northern Ireland manager Kenny Shiels has urged the country’s football fans to get behind the women’s national team in similar fashion to the men’s squad.

Measures introduced by the NI Executive to minimise the spread of Covid-19 mean Friday’s Euro qualifier with Belarus will be played behind closed doors.

That match and next week’s game against the Faroe Islands will be played at the Seaview stadium in north Belfast.

“I want to see Seaview full for these games in the future,” said Shiels.

“We play a good brand of football and we go to watch our national team play because we are proud of that identity.

“I’d love to get to the point where the Green and White Army are supporting the women almost as much as they do the men’s game.

“These girls need the support badly – it shows them they are wanted and their career means something to other people,” added the NI boss.

Northern Ireland will qualify for a play-off spot for the delayed 2022 European Championship finals should they earn wins in their two upcoming fixtures in Belfast.

They are third in Group C, two points ahead of Belarus having played a game more. Faroe Islands are bottom having lost their six matches, scoring none and conceding 37.

“We have to isolate the two games and make sure we only have focus on one game at a time,” Shiels told BBC Radio Ulster’s Sportsound Extra Time.

“We must prepare properly and if we are on our game it gives us a better chance of winning.

“It’s about the atmosphere you create around the place. My experience in the game is a big help in regard to the preparation and professionalism and you bring all that together.

“People then want to play for each other and if you can channel that collective energy and everyone trusts each other you have something to build on.”

Last month’s 1-0 away win over Belarus marked a high point for the national team and a number of players in the squad have emphasised the impact that former Kilmarnock manager Shiels has had on the squad since his appointment 18 months ago.

“We came in and did a lot of work on the tactical side – our system of play and how we want them to enjoy their football. That becomes appealing to everybody.

“The girls go out now and feel as if they can achieve something. We have players who can play so we must take the leash off them and let them play.

“This is the biggest game since the women’s international team was formed – that will bring a little bit of tension and nervousness which we must try and manage.”

Northern Ireland must plan without Everton forward Simone Magill, among others, for Friday’s crucial encounter.

“It means we have to dig into out reserves but we have to look at who is present and available and that’s where the focus will be.

“The Belarusian squad is made up mostly of players from two clubs – FC Minsk and Dinamo Minsk – so they have that camaraderie and they are a good team.

“We must sustain that graft but put the craft back into it. It wasn’t a beautiful performance in Belarus but it was hard-working honest endeavour.”

You can listen to the full interview with Kenny Shiels on Sportsound Extra Time on BBC Sounds.

READ  Tim Henman keeps a cool head as Britain feel the heat in the ATP Cup
Share on FacebookShare on TwitterShare on PinterestShare on Reddit
newsgrooveNovember 24, 2020