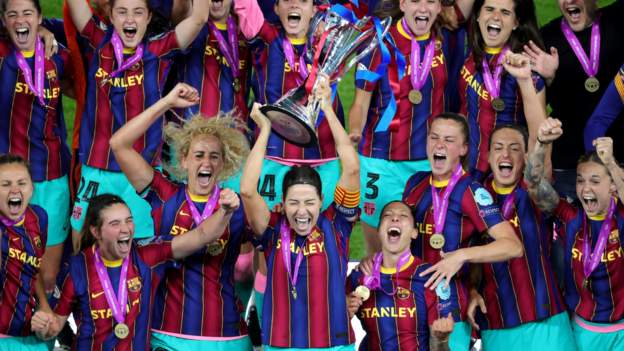 Women’s Champions League matches will be streamed live on YouTube over the next four seasons as part of an “unprecedented” deal with DAZN.

For 2021-23, 61 games from the group stages onwards will be shown live and on demand on streaming platform DAZN and its YouTube channel.

“The best female players and best women’s teams in the world can inspire more young girls and boys to fall in love with this sport.”

Kessler, a former Germany midfielder, said the deal was a first for women’s football and would “make sure the Women’s Champions League can be seen by the fans, by all the people who love this game, wherever they are on the globe.”

Lyon and Norway star Ada Hegerberg, the tournament’s record goalscorer, added: “For years, people have struggled to have access to our games, wherever they were living. Now, they have the unique opportunity to watch all over the world.

“The game is opening up to millions, potentially billions, which is unprecedented.

“This is a game-changing partnership that is only right for the biggest club competition in women’s football. We are finally being given something we’ve asked for a long time. It’s about time women’s football got this kind of exposure.”

The tournament will enter a new format from next season, with a 16-team group stage and the top two from each group progressing to an eight-team knockout phase.

DAZN have been given exclusive global rights to the competition, with the exception of China and its territories in the Middle East and North Africa.