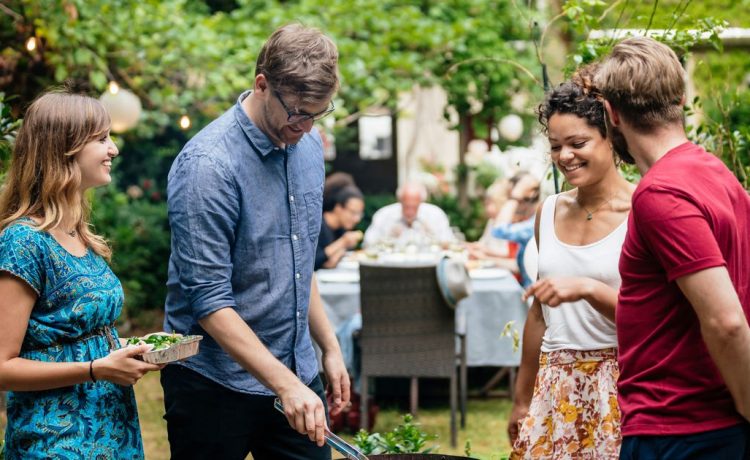 One woman asked for advice on Reddit after her mother-in-law accused her of ‘trying to be the centre of attention’ after she brought her own food to a family gathering, due to allergies

When it comes to severe allergies, there’s no messing about or room for mistakes.

Obviously, it’s up to the person with the allergies to take utmost care, but it helps if people around them are supportive, and try their best to ensure they have food to eat at gatherings.

One mother-in-law seemingly doesn’t agree – and has previously admitted that she thinks most food allergies aren’t real.

Following a row at a family bbq, the woman with the allergies posted about the tricky situation on Reddit.

In the post she explained, she suffers from various intolerances, as well as severe allergies, so needs to be very careful.

What do you think the woman should have done?

“My mother-in-law is very aware of my food allergies/intolerances (lactose intolerant, egg allergy, shellfish allergy, strawberry allergy), and has been for the 22 years that we have been married,” she wrote.

“She is one of those people who believe that you eat what is served or you do not eat, and that food allergies are something that people make up in their heads.”

And this issue recently boiled over, after the woman checked ahead of time to see if there would be anything suitable to eat, which there was very little of.

This isn’t the first time – at Thanksgiving in 2019, the mum-in-law got “super offended” and called the woman “dramatic,” because she could only eat the bread and salad.

But if she eats before, the mum guilt trips her and tries to make her eat, which obviously can’t happen.

To avoid any drama, the woman decided to bring her own food – but didn’t tell her mother-in-law after her husband advised against it.

She wrote: “When it was time to eat, I quietly served myself from the containers and put my plate on the table.

“When my MIL saw that I was eating food that was different than everyone else, she immediately got upset and told me how rude I was to bring food.

“I explained to her that nothing she was serving was food I could safely eat, and she went on about how I always have to make myself the centre of attention.

“My spouse told [his mum] that she has known for almost two decades that I had food allergies, so it should not shock her that after years of being unable to eat at family gatherings, I would bring my own food.

“Father-in-law then got up and told us both we were being rude and disrespectful to [her] as she has spent tons of money and time preparing for this bbq.

“Spouse grabbed our things and we left after a few more choice words with their parents.”

One asked: “What kind of ignoramus thinks allergies are imaginary? I suspect this isn’t the only area where this woman is impossible and stupid.”

Another added: “I’m thinking you might not go to any more meals at their house just to avoid the stress.”