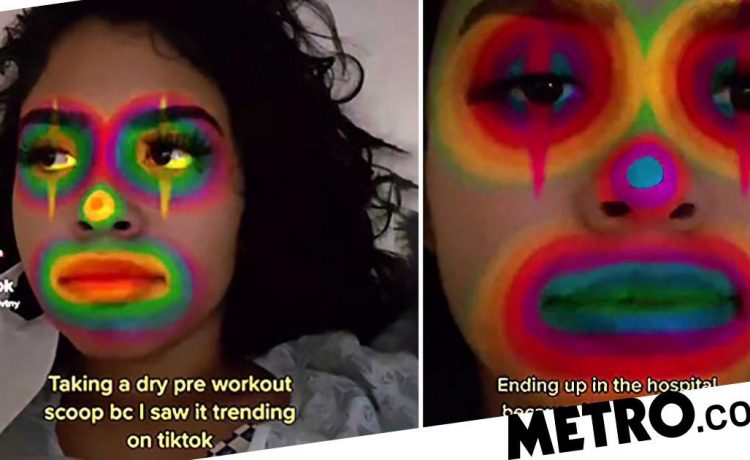 A new TikTok craze caused a fit and healthy 20-year-old woman to suffer a heart attack.

The ‘dry scoop challenge’ is sweeping across the social media platform – but it could be incredibly dangerous if Briatney Portillo’s story is anything to go by.

In April, the student ingested a mouthful of pre-workout protein powder without diluting it with water for an energy boost.

Sweating profusely before she’d even started, Briatney decided to press on with her weight session – but things began to get more serious.

She said: ‘I started weightlifting and my chest felt slightly heavy and hurting a bit.

‘I ignored it because I assumed it was anxiety or a panic attack and continued with my workout.

‘I still decided to go to work, but at work the symptoms of heavy chest and chest pain came back but more intense.

‘In the locker room I was sweating profusely again and my head was hurting.

‘The pain went to my back and my left arm.

‘That’s when I knew it wasn’t anxiety and was maybe a heart attack.’

CT scans revealed she had suffered a small heart attack and was told by doctors she had a sensitivity to caffeine she’d previously been unaware of.

Her video recounting the frightening episode has been viewed more than 2.3 million times and attracted 335,000 likes.

She warned her followers: ‘I would advise everyone to know their caffeine tolerance, and to just mix it with water – don’t do dry scooping just because it’s trending online.’

Briatney has recovered fully from the episode but the trend continues to pop up on TikTok.

READ  Man spared jail for farting aggressively at police and saying ‘how do you like that?’
Share on FacebookShare on TwitterShare on PinterestShare on Reddit
newsgrooveJune 3, 2021 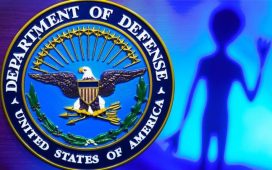