An Oklahoma woman was rushed into an emergency C-section after doctors diagnosed with breast cancer hours earlier.

Brooke Taylor, 32, of Gore, said she first noticed the lump in her breast during her second trimester in May, but her doctor told her it was likely a symptom of her pregnancy.

But, by the time she was 38 weeks pregnant, the lump was larger and she pushed for her OBGYN to examine it, Good Morning America reported.

Following an ultrasound and a biopsy, Taylor was told she had breast cancer and that she to deliver her daughter right away.

Taylor is now undergoing chemotherapy, after which she’ll face a double mastectomy and radiation, and says she’s sharing her story to inspire other women who may also be battling the disease. 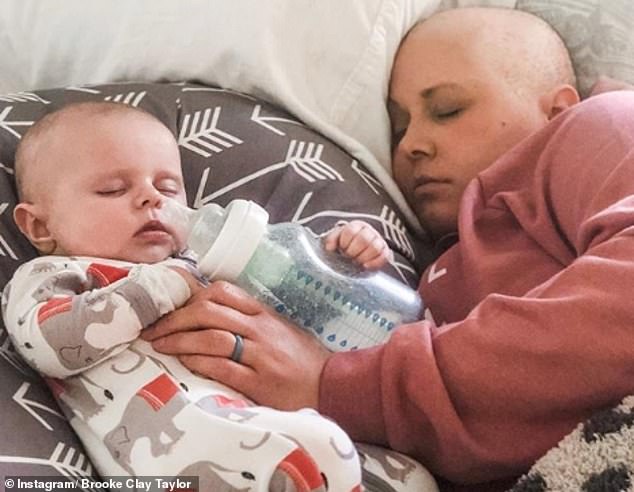 Brooke Taylor, 32, of Gore, Oklahoma, first felt a lump in one of her breasts during her second trimester in May. Pictured: Taylor with her daughter, Elsie James 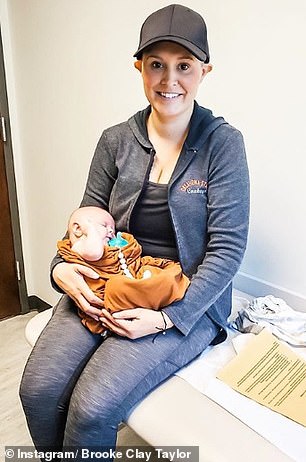 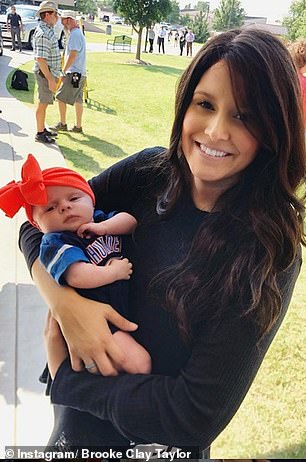 Taylor’s doctor told her it was likely a symptom of pregnancy but she demanded the lump be examined at her 38-week appointment. The next day, she learned she had breast cancer. Pictured, left and right: Taylor with her daughter

‘I waddled into the bedroom where my husband was and I just let myself cry,’ Taylor told Good Morning America of learning her diagnosis.

‘But I didn’t cry for very long because my OBGYN called and said: “How fast can you get here?”‘

Taylor and her husband, Damon, rushed to the hospital, where she underwent an emergency Cesarean section.

READ  Why your years-old measles vaccine is still valid

‘It was a miracle in itself that she was healthy and ready to join the world,’ Taylor told Good Morning America.

‘We spent the whole day just being kind of in shock and enjoying our new baby.’

A few days later, the new mom learned that she had stage III invasive ductal breast cancer, which is a cancer that begins growing in the milk duct before it spreads.

Scans showed two tumors in her right breast and one in her left breast.

One out of every eight American women will be diagnosed with breast cancer during her lifetime, according to the American Cancer Society.

Women are considered at an increased risk if they are older, have a family history of breast cancer, carry the BRCA gene mutation or have a history of chest radiation. 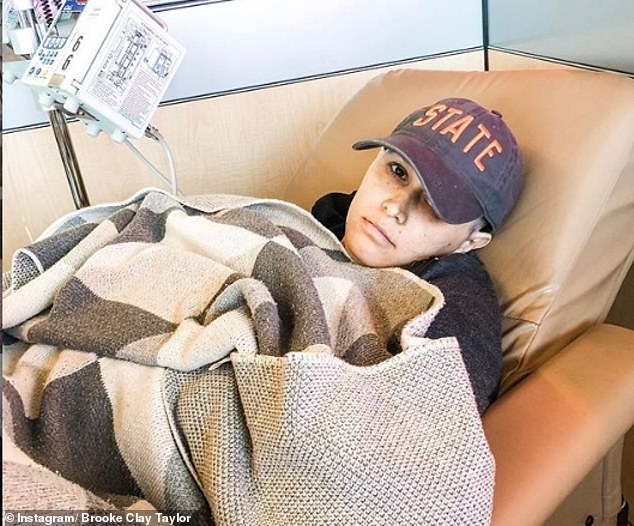 Six hours after learning the news, Taylor gave birth to her daughter, Elsie James, who was born healthily with no complications. Pictured: Taylor undergoing chemotherapeutic 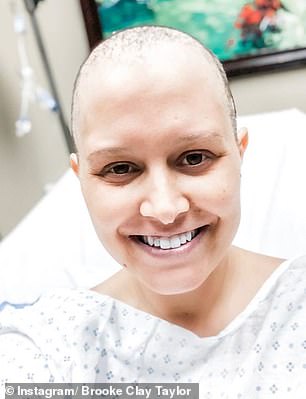 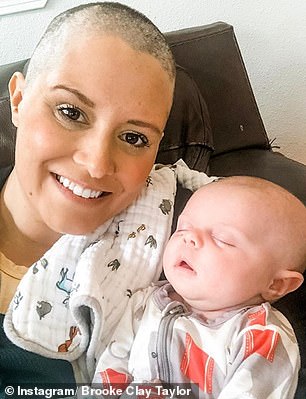 Taylor learned after the birth that she had the BRCA1 gene, which increases the breast cancer risk. She is in the midst of undergoing 16 rounds of chemotherapy, after which she will face a double mastectomy, radiation and breast reconstruction surgery. Pictured: Taylor in the hospital, left, and with her daughter, right

Taylor was told that she carries the BRCA1 gene, which increased her risk of breast cancer by 70 percent.

In 2019, it is estimated that more than 331,530 cases of invasive and non-invasive breast cancer will be diagnosed in women and nearly 42,000 will die. 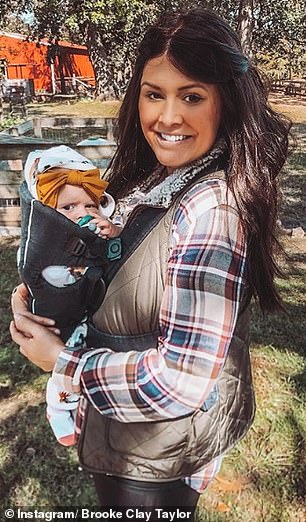 As a side effect of chemotherapy, Taylor has entered menopause early. Pictured: Taylor with her daughter at a petting zoo

Among women, breast cancer death rates are higher than the rates for any other cancer, aside from lung cancer.

Breast cancer does also occur in men but the incidence rate is less than one percent.

Two weeks after giving birth, Taylor received her first of 16 rounds of chemotherapy, to be administered over 20-week period.

Chemotherapy has also induced menopause in Taylor, which she says has been tough to handle.

However, she has shared updates about her treatment on Instagram in an attempt to break the stigma that breast cancer is a disease that only older women get.

‘Every day probably 10 to 15 women my age reach out to me either newly-diagnosed with breast cancer or having gone through it,’ she told Good Morning America.

‘It’s empowering that women are supporting women through this very tough journey but it’s also devastating that this is something new moms are tackling at all.’

Why I’m only dating Muslim men