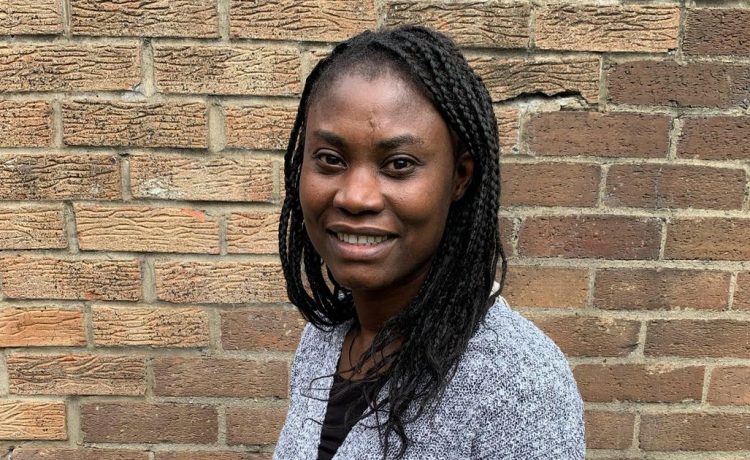 EXCLUSIVE: Elaine Shehu ignored the signs when she started getting heavy periods every month, but it turned out she had fibrosis, non-cancerous growths in her uterus

As many as one in five healthy women are unaware they are suffering with iron deficiency caused by heavy menstrual bleeding, which leaves them severely lacking in energy.

Debbi Marco looks into this problem When Elaine Shehu started to have heavier periods each month, she did what most women in their early thirties would do: she ignored it.

But her changed monthly cycle came with a lot more than just heavy bleeds. She began to feel debilitating tiredness, suffered with severe migraines and noticed shortness of breath and dizziness.

“I was so lethargic I had to plan my social life around my periods,” says Elaine, who lives in London.

“I was really limited, especially in the week after my period.

“It was crippling and limiting. My friends didn’t understand. One called me anti-social and said it was the reason I didn’t have a boyfriend, but some days I really couldn’t do anything but lie on the sofa after I got back from work.”

Unknown to her, Elaine, now 38, was suffering from severe iron deficiency connected to her heavy periods, something that is experienced by as many as one in five women.

Iron helps move oxygen around the body as well as store it in your muscles to help with exercise.

The recommended intake for women is 18mg per day but to restore depleted iron stores you will need to take around 100g to 200g a day.

Typical symptoms of iron deficiency include extreme tiredness and exhaustion, shortness of breath, lack of ­concentration, sleeplessness, heart ­palpitations and headaches that are often misdiagnosed as migraines.

Elaine struggled with nearly all of these symptoms for months on end, without ever suspecting what was to blame.

“I would get headaches around five times a month, they usually started late in the afternoon and lasted until the next day,” she says.

“Painkillers, a blackout room and sleep would set me right by the next day, but a dull headache would linger some of the time through the week.

“Sometimes I would have three episodes in just one week, usually after the end of my period.”

On top of this, Elaine also suffered with shortness of breath and dizziness. It was six years ago that she first noticed her periods had become longer and heavier, sometimes lasting for nine days.

“After a year I went to my GP to find out what was happening,” she says.

“They tested my iron levels and discovered they were really low.”

Elaine was later diagnosed with fibroids, non-cancerous growths in her uterus, that were the cause of the heavy bleeding.

“One in five women do not realise they are iron deficient and often the cause is heavy monthly bleeding,”he says.

It is possible to replenish iron stores through over-the-counter supplements and increasing it in your diet by eating green leafy vegetables and red meat such as liver.

And for an immediate boost, you can receive an iron infusion directly into your bloodstream via an intravenous drip. Elaine explains she noticed an improvement in her symptoms when she boosted her iron intake.

“I increased my iron intake, taking 400mg tablets twice a day and improved my diet by eating kale, spinach, kidney and liver.

“After about 10 days I would see an improvement which would last for a couple of period cycles.”

But because the iron tablets caused unwanted side effects such as constipation, Elaine would ease off them and her iron levels would sink down again.

However, Mr Phadnis stresses that treating the cause of heavy menstrual bleeding is just as important as boosting iron levels.

“I would recommend that women have yearly check-ups to discuss any changes in their periods,” he says.

“Often women ignore their own health as they are busy with their home life, looking after children and working.

“Most women think it’s normal to have heavy bleeding but it isn’t. If you’re bleeding heavily over seven days every month, think what that will do to your iron stores over six months.”

Heavy menstrual bleeding can be a result of a number of conditions including fibroids, polyps and adenomyosis, a type of endometriosis.

Sometimes a cause cannot be found and the trigger is put down to dysfunctional uterine bleeding.

Elaine went on to have a myectomy this May, where tiny cuts were made in her stomach and 17 fibroids were removed.

“I had to have an iron transfusion to prepare me for the surgery which boosted me up to normal levels and I haven’t had a single migraine since,” she says.

“Without heavy periods depleting my iron levels, I should be able to build my stores up to a normal level and they should stay there.

“I feel so hopeful that I can have a normal life again.” 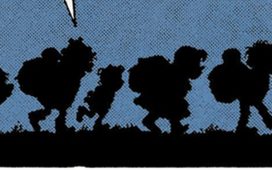 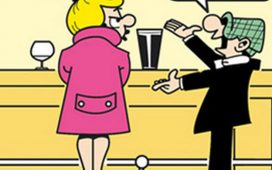 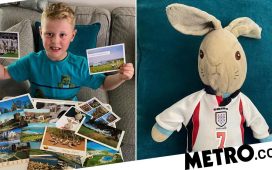 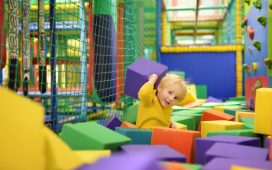