A woman may need her fingers amputated after her friend’s out-of-control sheepdog ripped the skin off her hand and ate it.

Helen Hayes’ wound got gangrene in it after she was bitten by Old English sheepdog Jaffa at Penllain caravan park in Benllech, Anglesey in June.

She was talking to its owner, grandmother Felicity Fawcett, when he lunged towards her and ripped the skin off her palm before lurching towards her face

The 49-year-old, from Wilmslow, Cheshire, also sustained a broken right arm in the attack and was rushed to Gwynedd Hospital where the wound in her hand was found to be severely infected.

She was transferred to Whiston Hospital in Liverpool for surgery but has been told she may still need to have her little finger and ring finger amputated.

Helen, a communications director, said: ‘I was just standing there talking to Felicity with my arms by my side when suddenly without any warning at all he jumped at me.

‘He took my left palm off and ate it, then grabbed my other arm and pulled me to the floor giving me a spiral fracture. I’ve never known pain like it.

‘I staggered back to my caravan and sat on the decking in total disbelief and I could tell instantly that my arm was broken.

‘The amount of blood was incredible and I was in horrendous pain.’

Helen said she has known Fawcett, 71, for 10 years and has no idea why 6ft tall Jaffa attacked her.

The mother-of-one was in hospital for nearly a week after the attack and says she was unable to brush her own teeth and wash her hair due to the severity of the injuries.

She added: ‘All of this could have been avoided if the dog had been muzzled.

‘I’ve been left with life-changing injuries because of the attack – my hand is still bandaged, I can’t put it down on a surface without feeling like I’m having an electric shock and I may still have to have two of my fingers amputated.’

Fawcett, from Lancashire, pleaded guilty to being in charge of Jaffa when he was dangerously out of control and causing injury when she appeared at Caernarfon Crown Court on August 29.

A contingent destruction order was made requiring Jaffa to be muzzled and kept on a lead at all times in a public place.

Fawcett was fined and warned any breach of the conditions would result in the dog being destroyed.

The dog was also banned from entering the holiday park, where Fawcett owned a caravan next to Helen’s.

But  concerned victim Helen worries this won’t prevent another attack.

‘If he had been destroyed after the incident then I wouldn’t have had to go through the distress of a court case’ Helen said.

‘I am absolutely terrified this dog will attack again and I feel it should have been put down for this attack alone because he is dangerous.

‘Once a dog tastes blood there’s no going back and I’m certain it will attack again.’

READ  Compound that kills drug-resistant fungi is isolated from ant microbiota
Share on FacebookShare on TwitterShare on PinterestShare on Reddit
newsgrooveAugust 31, 2019

Livestock expansion is a factor in global pandemics 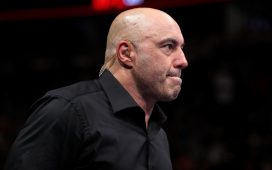