NewsGroove Uk
NewsGroove Uk > Animal > Woman born at an animal sanctuary has such a bond with big cats, she sleeps among the cheetahs
Animal

Woman born at an animal sanctuary has such a bond with big cats, she sleeps among the cheetahs 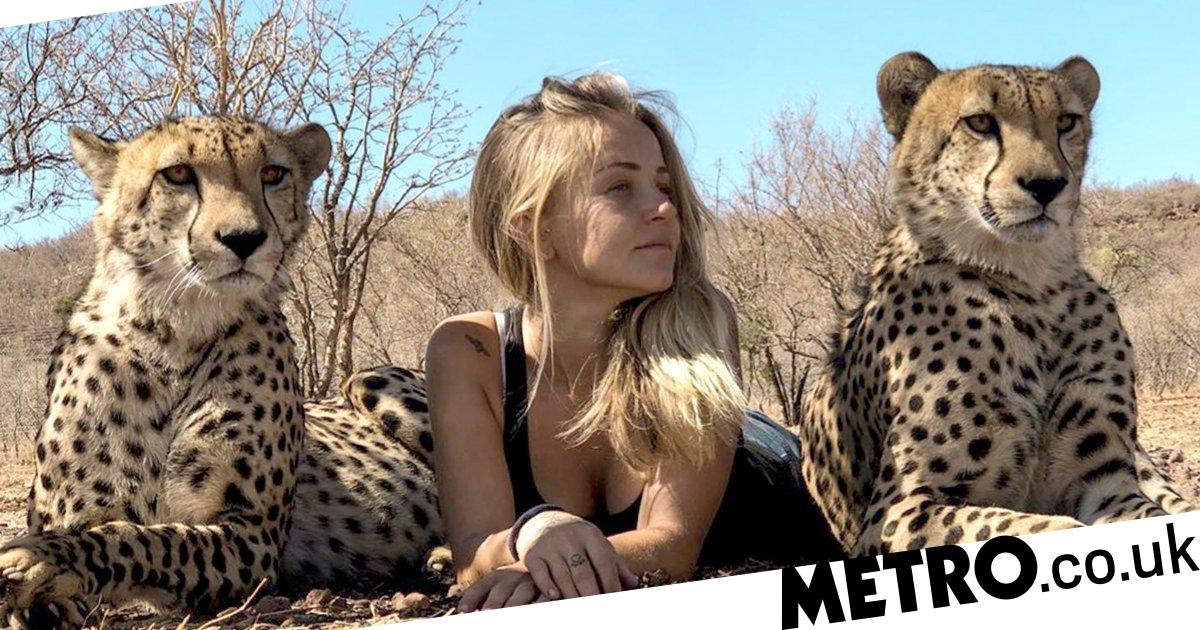 Kristen Kerr was raised among lions, cheetahs and other wild animals.

The 21-year-old, from South Africa, was born on an animal sanctuary and they have always been a huge part of her life.

Describing herself as a real-life Dr Dolittle, she even chose to be home-schooled at the age of 10 because she missed the animals too much she was at school.

Now an adult, she works full-time at a sanctuary, looking after cheetahs, giraffes, meerkats and zebras, among other things – no animal is considered too dangerous or small for the sanctuary.

Kristen said: ‘My dad Barry, 54 raises lions and other big cats he has taught me everything I know.

‘We rescued three of our current cheetahs from a breeding farm, where the owner got into financial problems and lost his farm, one of which was pregnant, so I raised the cubs from birth.

‘Most of the time, members of the public bring the animals to us if they feel they’re in danger or we rescue them, the mongooses were found in a drain following a flood.

‘My house is ten yards away from the cheetah enclosure, so they are the first thing I see in the morning which is great.’

In September 2018, she moved to Johannesburg as she wanted to at least try the corporate world – but she quickly realised it wasn’t for her.

She added: ‘I found people were always competing with one another like who has the best car etc. and I just wanted to be back where I belong with the animals.

‘I hated every day in the office, sitting behind a computer was not for me.

‘I prefer feeding the big cats and getting my hands dirty in the enclosures – I also educate volunteers about the animals and show them exactly how amazing they are.

‘By January, I returned to the sanctuary and it was the best feeling in the world.

‘It has become part of my daily routine to interact with animals whether they are big or small, it is all I have ever known.

‘Half of the time I forget that the cheetahs are wild – I consider them to be more like house cats.

‘It may sound crazy, but I feel like I can talk to the animals but without saying a word.

‘It is all about body language, they read yours as much as you read theirs.

‘I have raised three cheetahs since cubs, and they are like my family – I know they would protect me as much as I protect them.

‘They are totally harmless; I lie on the floor with them and kiss their face and sometimes even sleep in the enclosure with them.’

Now, she looks after seven cheetahs, including one that is completely wild.

‘One rule that I stick by is never forcing the animals to be my friend, I show that I am not going to hurt them and slowly getting closer every day to gain their trust,’ she says.

‘It usually takes a month to build their trust but if I ever overstep the mark, the cheetah jumps up and slaps his paws on the ground which means that is enough.

‘I have never been hurt by the animals, but I am sure if they ever did hurt me, then it is likely to be my own fault.

‘The first big cats I ever met were two three-month-old lions when I was 11 and I still remember the wave of joy that went through my body.

‘It is a surreal experience and I am lucky enough to live it every single day.’

MORE: Woman says Boohoo told her to simply wash ‘new’ clothes when they arrived smelling of ‘smoke and booze’

READ  Scientists discover what an armored dinosaur ate for its last meal
Share on FacebookShare on TwitterShare on PinterestShare on Reddit
newsgrooveDecember 31, 2019 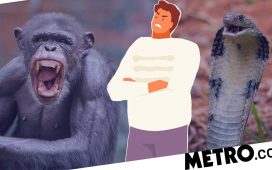