A Wiradjuri designer whose philosophy of “Yindyamarra” – fashion that shows “respect, is polite, considered, gentle to Country” – has won designer of the year at the National Indigenous Fashion Awards.

For the second year running, Denni Francisco of Ngali won the fashion designer award for her elegant, tailoring-focused womenswear which features digital prints and hand-embellished details adapted from the works of First Nations artists from across the country.

Francisco’s latest collection, presented in May at Australian fashion week, featured the works of Gija artist Lindsay Malay from the north-western Kimberly.

A Wiradjuri woman, Francisco describes her design philosophy as “Yindyamarra” or “fashion that shows respect, is polite, considered, gentle to Country and shows honour to the cross country collaborations with other Aboriginal and Torres Strait Islander creatives.”

Francisco has become a key figure in the Australian fashion industry, consulting on projects such as the establishment of an Australian Fashion trademark.

From a hand-knotted mókko (bark skirt) to statement-making streetwear, the breadth of Indigenous design excellence was celebrated at the National Indigenous Fashion Awards (Nifa) on a warm dry-season evening in Darwin on Wednesday.

Esther Yarllarlla won the traditional adornment award for a mókko (bark skirt) commissioned by Bábbarra Women’s Centre. Yarllarlla is a Kunibidji artist living in Maningrida, Arnhem Land, and her traditional woven and knotted works are crafted from banyan trees that grow beside her home, which she hand-harvests and processes to create string bags, mats, baskets and sculptures.

Laura Thompson of social enterprise streetwear label Clothing the Gaps was honoured for her business achievements. Clothing the Gaps’ ethically manufactured apparel and accessories celebrate Indigenous identity and sovereignty, and the brand’s stance on cultural appropriation has been influential beyond the fashion industry.

Artist and weaver Philomena Yeatman won the textile design award. Yeatman uses a combination of modern materials and pandanus, cabbage palm and natural dyes to create her textile works, which draw inspiration from her Gunggandji and Kuku Yalanji family history. Based in Yarrabah in far-north Queensland, Yeatman’s art is widely collected, including by institutions such as the National Gallery of Australia and the Queensland Art Gallery.

Textile and fashion designer Lillardia Briggs-Houston of Ngarru Miimi was nominated for her work in both textile design and wearable arts, winning the wearable arts category with a hand-printed, hand-painted jumpsuit. The costume, which also included reed embellishment, a printed veil and bottlebrush seed earrings, was created on Wiradjuri country in Narrungdera/Narrandera. Briggs-Houston’s ready-to-wear fashion has also featured on the cover of Vogue Australia.

Mimili Maku Arts, Linda Puna and Unreal Fur were awarded for their community collaboration. Puna’s capsule collection for Unreal Fur, 18 months in the making, was supported by the Copyright Agency in an effort to maintain best practice throughout the design process. The result was a collection of pastel, printed puffer coats, a reversible faux-fur jacket and black topcoat embroidered with Puna’s artwork Ngayuku Ngura (My Home). The collection’s campaign shoot took place on Country in Aṉangu Pitjantjatjara Yankunytjatjara (APY) Lands and included behind-the-scenes opportunities for young women in the community.

The Nifas are part of a slew of events this week celebrating Aboriginal art, design and culture as part of the Darwin Aboriginal Art Fair, which opens on Thursday.

On Friday winners of the National Aboriginal & Torres Strait Islander Art Awards – the richest art prize in the country, with $190,000 prize money across seven categories – will be announced at sunset on the lawns of the Museum and Art Gallery of the Northern Territory.

On Saturday the National Indigenous Music Awards will induct Gurrumul into the hall of fame. A tribute to the late, great Archie Roach is in the planning. 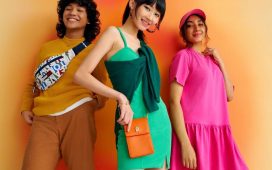 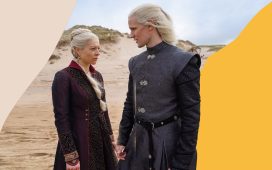 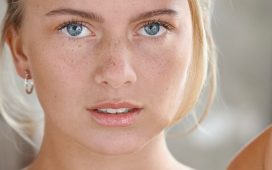 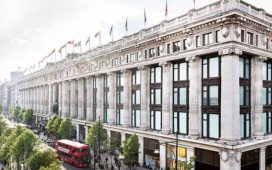 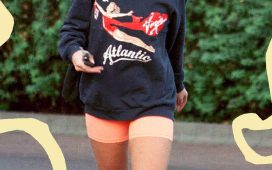