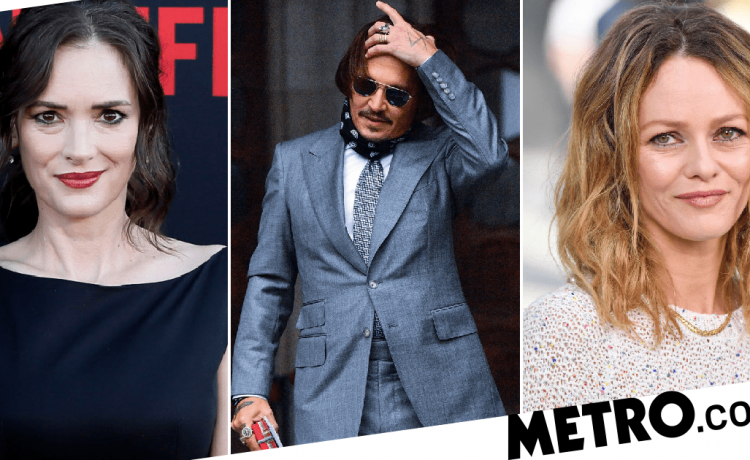 Winona Ryder and Vanessa Paradis’s evidence will no longer be heard in Johnny Depp’s libel trial.

Two of Depp’s exes were scheduled as witnesses to give evidence in support of the 57-year-old in his libel trial against The Sun’s publisher News Group Newspapers.

However, after the trial timetable was revised, neither Ryder nor Paradis will be heard at the High Court.

The former partners of Mr Depp were due to give evidence over a video link on Wednesday and Thursday but on day eight of the trial, the actor’s lawyer David Sherborne said there was no need to call them given that the defendants’ case is that the actor wasn’t violent to other partners but was to Amber Heard.

He told the court: ‘There is no need to reschedule those witnesses, much as it would have been a pleasure to have them here.’

Stranger Things actress Ryder, 48, was initially scheduled to give evidence on Wednesday afternoon.

In part of her witness statement read out at a preliminary hearing, Winona said: ‘I cannot wrap my head around (Amber Heard’s) accusations.

The star met Depp at the premiere of Great Balls Of Fire! in June 1989 and started dating two months later, getting engaged in 1990 but eventually splitting in 1993.

Winona has already been mentioned in Depp’s libel case against The Sun’s publishers News Group Newspapers (NGN), after it was claimed that Depp slapped his ex-wife Amber Heard when she mocked his Wino Forever tattoo.

Meanwhile, Paradis, 47, said in her witness statement: ‘I have known Johnny for more than 25 years. We’ve been partners for 14 years and we raised our two children together.

‘Through all these years I’ve known Johnny to be a kind, attentive, generous, and non-violent person and father. He was never violent or abusive to me.’

Instead today, the court will hear from Sean Bett, Mr Depp’s former head of security, and Alejandro Romero, a concierge at The Eastern Columbia Buildings where Mr Depp and Ms Heard lived in Los Angeles.

Depp is suing NGN over an article in April 2018 from The Sun’s executive editor Dan Wootton, which referred to the actor as a ‘wife beater’.

NGN’s defence relies on 14 allegations of domestic violence against his ex-wife Amber Heard, all of which Depp denies.

MORE: Johnny Depp court case: All the updates on day 8 of libel trial