NewsGroove Uk
NewsGroove Uk > Politics > Windrush Day 2022: When is it and how is the date marked in the UK and London?
Politics

Windrush Day 2022: When is it and how is the date marked in the UK and London? 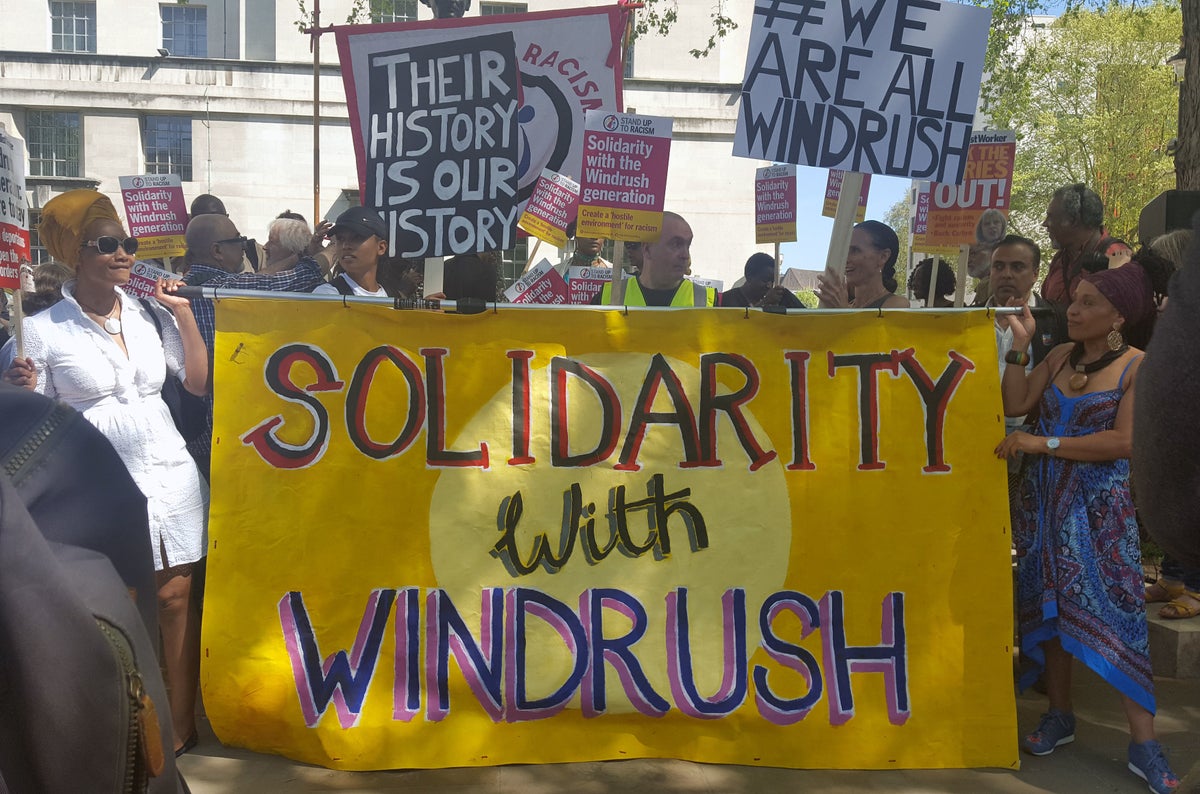 indrush Day, Britain’s answer to the US federal holiday Juneteenth, is a day honouring the British Caribbean community.

The half a million people who travelled to the UK after the Second World War and their cultural and societal contributions will be remembered and revered on June 22 this year.

The first Windrush Day was held on June 22 2018, in the same year an independent ‘Lessons Learned Review’ was published by Wendy Williams to advise the Home Office.

More people than ever before are supporting the Windrush Generation, to show sympathy with the hardships they have endured.

This day, is aimed at celebrating the Windrush generation and their contributions to British society.

Who are the Windrush generation?

After World War Two, Caribbean people who had served in the British armed forces were encouraged to come to Britain and help to rebuild the UK.

Many boarded a ship called the HMT Empire Windrush.

The Carribean was, at the time, part of the British Commonwealth, allowing new arrivals the automatic right to live and work in the UK as British subjects.

It is estimated that around 500,000 people living in the UK are part of the Windrush Generation, who arrived between 1948 and 1971.

What happened during the Windrush scandal?

Many of the migrants who travelled from the Caribbean to the UK faced discrimination and racism in Britain.

In 2018 it emerged that the Conservative government had told some members of the Windrush generation they were living in Britain illegally.

Although many people had lived and worked in Britain for most of their lives, law changes required them to have official documents to have access to healthcare.

Some people who had lost their official documents or were unable to provide them were sent to immigration detention centres. At least 83 people were wrongfully deported.

The scandal led to the resignation of then-Home Secretary Amber Rudd, and prompted wider debate about British immigration and deportation policy which can be felt today with the Rwanda asylum seeker controversy.

What events are happening this year in London and the UK to mark the date?

The National Maritime Museum will be running a full day of Windrush events on June 22 2022. From choir performances to calypso workshops, to character tours at the museum, the free celebration will honour the culture brought with the Windrush generation.

Crystal Palace’s Radiate Windrush Festival has moved to Burgess Park for this year’s celebration. The festival for the whole family will include live music, a food village with international traders and an African and Caribean car display by Afro Classics Register. Find the full list of performers for the event on June 25-26.

On June 16, author Tony Fairweather will launch his new book , Twenty-Eight Pounds Ten Shillings – A Windrush Story, at Brixton Library, about the two-week voyage many young Caribbean people experienced on the Empire Windrush.

Lambeth Council will continue its ‘We Are Here’ campaign, joining The Brixton Project to hold a sing-a-long t Desmond Dekker’s ‘You Can Get It If You Really Want It’. ar 10.27am.

The time has been chosen to mark the 1,027 passengers who came to the UK on board the Windrush in 1948.