NewsGroove Uk
NewsGroove Uk > Lifestyle > Wimbledon is one of London’s most attractive areas for house hunters, and it’s not just because of the tennis
Lifestyle

Wimbledon is one of London’s most attractive areas for house hunters, and it’s not just because of the tennis 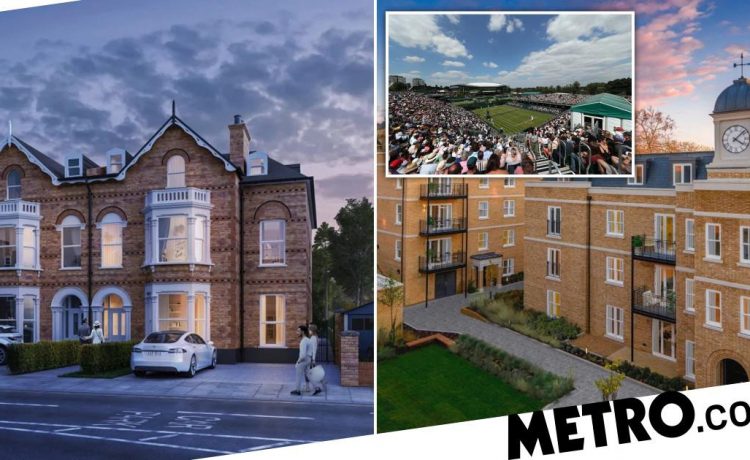 The return of the tennis championships following last year’s hiatus signifies that, to all intents and purposes, it’s business as usual for Wimbledon.

But there are many more strings to its bow (or should we say racquet?), including fantastic schools, a wide choice of period and new-build housing and oodles of green space.

The town centre is a winner as far as transport is concerned, being the only one in the capital that can be accessed by train, tube, tram and bus.

A steep hill links Wimbledon’s two sections — the picturesque village and the busier town, convenient for the station and trams.

There is lots of Victorian housing and pockets of older period homes, and prices begin at around £350,000 for a starter flat going up to £10million-plus for a mansion on prestigious Parkside, by the Common.

Buyers head towards Colliers Wood or Tooting Bec to get a bit more for their money.

‘The market is doing incredibly well at the moment, especially with the added interest in the Championships.

We’ve been finding that Victorian terrace houses have been selling particularly well, between £750,000 and £2million,’ says Simon Avigdor of Dexters.

Only two luxury apartments are left at Berkeley Homes’ The Mansions, a classically inspired development with a concierge, gym, cinema and surrounded by parkland.

A vast three-bed, three-bath home with a terrace is £1.375million, and an equally sumptuous two-bed with a study is £1.44million.

Two out of six apartments remain in the original Edwardian building, a one-bed at £775,000 and a three-bed at £1.395million, and the last new three-bed mews house also £1.395million, via Savills, and CB Williams Property.

The final pair are £1.7million each, through Dexters. And at 33 Queens Road, minutes from the station, the final two-bed apartment is £675,000, Hamptons International.

At Wimbledon Grounds, adjoining AFC Wimbledon’s new stadium on Plough Lane, virtually all the one, two and three-bed apartments have private balconies and each comes with a free furniture package from New Concept Furnishings, worth £5,000-plus.

Wimbledon houses up for sale

A one-bed second floor flat in a well-maintained block with off-street parking and communal gardens.

Four-bed terraced Victorian house in a family-friendly cul-de-sac, with double reception room, and a good-sized kitchen with potential to extend.

Located just off the Common on one of the area’s best roads, this contemporary house has seven bedrooms, three reception rooms, an indoor pool, gym, sauna and spa area.

Everything you need to know before buying in Wimbledon

Time to Zone 1: From 17 mins to Waterloo

Amenities: ★★★★☆ Supermarkets and Centre Court shopping mall in the town centre; posh chains and indie boutiques and food stores in the village; notable restaurants include the Ivy Café and the Black Radish; the Crooked Billet and the Hand in Hand are country pubs on the Common; New Wimbledon and Polka theatres; Odeon and Curzon cinemas; several tennis clubs; riding stables

Schools: ★★★★☆ Above average GCSE and A level results; state schools all rated outstanding or good by Ofsted; King’s College and Wimbledon High are top independents

Who lives there? Families, who stay put when upsizing


MORE : Discover the fixer-uppers on sale around the UK that are perfect for a big property project


MORE : How to budget for renovating your house from top to bottom