Based on Roald Dahl’s classic children’s book, Willy Wonka and the Chocolate Factory is a much loved film. But now a popular new fan theory argues that Gene Wilder’s Wonka planted Charlie Bucket’s golden ticket. And the reason why seems to fit perfectly with the story.

Reddit user mybustersword wrote: “Wonka said he wanted the winner to go to a child, one pure and innocent [who] won’t just abuse the factory for selfish reasons. But, who wins the four tickets?

“A rich spoiled brat who would ruin the factory with selfish desires, a gluttonous pig who would eat everything in sight, a hyper competitive pseudo athlete that would drive for recognition and not secrecy, and a violent boy who is obsessed with pop culture.

“None of these fit with Wonka’s narrative, or rather what is needed for the factory.

“So what does he do? Well originally he releases these tickets one at a time as they are found.”

The fan also found further evidence for their theory at the film’s conclusion.

They wrote: “That would also explain why Wonka got so mad at Charlie at the end of the film.

“He didn’t care at all about the other four kids when they messed up or got hurt, because he always banked on Charlie.

“And when Charlie turns out to be just as selfish and a liar as the others he initially thinks he got five duds.”

Tim Burton remade the movie in 2005 as Charlie and the Chocolate Factory starring Johnny Depp as Willy Wonka.

While an animated Netflix series is currently in development.

The show will be based on the original novel and its sequel Charlie and the Great Glass Elevator.

Taika Waititi is writing and directing both the series and a spin-off on the Oompa Loompas. 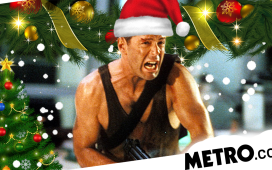