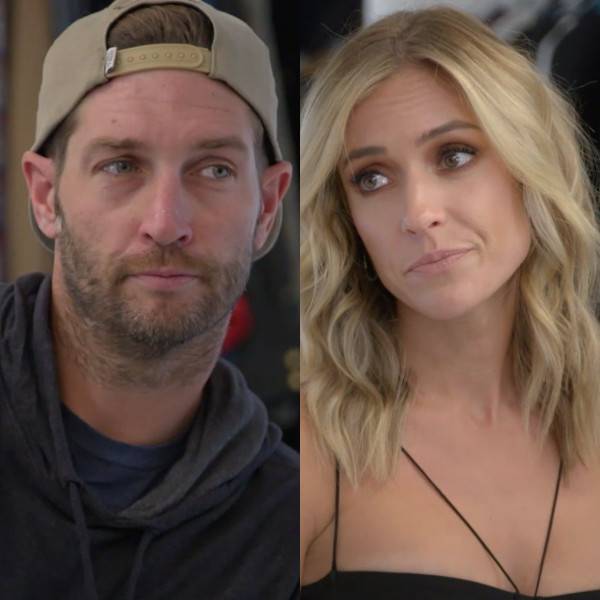 Kiss and make up!

On Sunday’s all-new Very Cavallari, Kristin Cavallari found herself at odds with husband Jay Cutler during the most inconvenient time. Specifically, Kristin’s closest friends from out of town flew in to Nashville for a bonding weekend.

Unfortunately, the Uncommon James boss’ besties weren’t exactly aware of situation they were flying into. During a sleepover at the old house, Cavallari pal Justin Anderson claimed Kristin and Jay have “figured out what works.”

This sentiment was laughable to The Hills alum, who was very candid about the “issues” in her relationship.

“Jay has been great, yes. From the outside things are so perfect and things are so great, but actually like they’re not and that sucks,” the Laguna Beach veteran responded to the praise. “That’s the thing though with marriage, it’s ups and downs.”

Even though the mother of three acknowledged that she was in “a low” with the former NFL star, she assured her pals that she and her man would be in an upswing once more.

“Jay and I have problems, I’ve always been very vocal about that. We have to work at our relationship,” Kristin added later on. “So, hearing him say that we’re perfect—it’s kind of silly to me. We definitely have issues.”

Very Cavallari fans got a taste of Jay and Kristin’s problems when the couple got into a spat amid a dinner party. There were certainly warning signs ahead of the fight as Kristin admitted that Jay hadn’t stopped drinking since a bowling outing earlier in the day.

Not to mention, the former pro athlete removed himself from the group to lounge on a couch and look at his phone. “Jay really knows how to push my buttons,” Kristin lamented to the Very Cavallari camera. “It’s just kind of annoying right now, because I just want to have a good night with my friends and not really have to worry about him.”

While Kristin seemed fine with it at first, her mood soured when the topic of money arose. When one friend jokingly implied that Kristin was now the breadwinner, Jay retorted that his wife was “the bread spender.”

“If Kristin wants to buy something, she buys it,” the father of three continued. “If there’s something that we have to pay for? ‘We pay for it.'”

Although the dinner party guests cracked jokes to ease the tension, things remained tense between the Cutlers.

“Clearly, everybody else is starting to recognize Jay’s mood,” Kristin further relayed. “It’s kind of embarrassing, to be honest, just because all of my favorite people are here and they haven’t been around Jay in a long time. I want everyone to just have a good time.”

Even though Kristin’s friends encouraged the two to talk it out, Jay removed himself from the table in order to hide. Eventually, Jay returned to the dinner, but maintained his “Les Mis” alter ego.

“It’s been a long day. I mean, we’ve all been drinking all day long and it’s very clear that ‘Les Mis’ is here at this party,” Kristin stated. “I never invite ‘Les Mis’ anywhere, but sometimes, he just comes.”

After Jay’s actions pushed Kristin to raising her voice, the American athlete squashed the beef by publicly declaring that his wife was “the love of my life.” Thankfully, the two kissed and made up by the end of the evening.

Jay further apologized for his behavior after Kristin revealed she felt the visit was “a huge let down.”

“It wasn’t my best effort,” the 35-year-old admitted. “I apologize and obviously [will] do better next time.”

See everything else that went down on this week’s episode in the recap video above!

Watch the premiere of Very Cavallari 15th July at 8 p.m., only on E!