Why you should give children a financial gift this Christmas 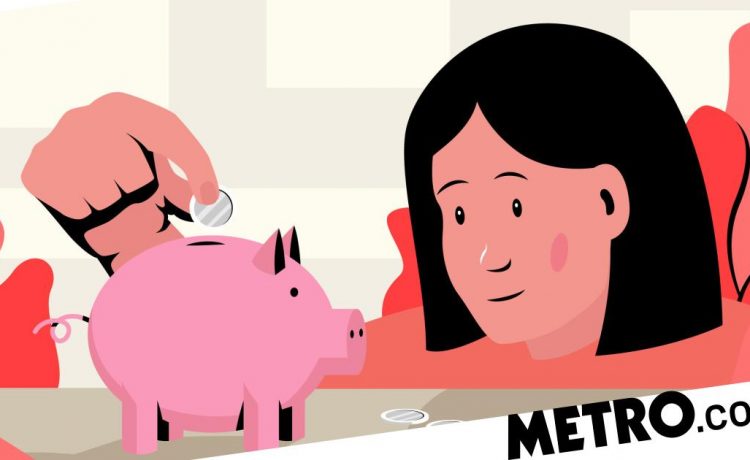 At the end of a difficult year like 2020, we all want to make Christmas count.

The last thing many of us want to do is buy toys or games that will be largely unused by our children or grandchildren. But it can be difficult to work out how to make a financial contribution instead.

With the collapse of a string of high street giants such as Debenhams and the Arcadia group brands, store vouchers no longer hold the same appeal they once did. But that doesn’t mean you should shun a cash gift.

‘At Christmas, children’s appreciation of their presents tends to peak when they’re tearing the wrapping paper off,’ says Sarah Coles, head of personal finance at investment platform Hargreaves Lansdown. ‘Once they’ve added your gift to the pile, it’s downhill all the way to the day it gets shoved under the bed.

‘Financial gifts aren’t half as much fun to unwrap, and won’t earn you a reputation as the fun relative for giving them – but further down the line, they’ll appreciate it far more.’

Here are some expert suggestions on how to make sure your financial gifts have as much impact as possible.

Cash might seem unimaginative, but Martin Bamford, a financial adviser from Informed Choice (and a parent of teens and tweens) says that you are offering children a valuable educational opportunity when you give them money as a gift.

‘While cash use is in decline, it continues to play an important role in society and for teaching kids about money,’ he says.

‘I would suggest giving three piggy banks to younger kids; one for saving, one for spending and one for charitable donations.

‘It’s a great way to teach kids about the value of money and to get them started with budgeting habits.’

When it comes to older children, Martin suggests parents might want to consider gifting a pre-paid card, such as a GoHenry, Osper or Nimbl card. These keep the money safe, and pocket money can be added later.

‘A pre-paid debit card like GoHenry can make for a fantastic financial gift, along with its app to monitor spending. You can personalise the GoHenry cards too, which makes them a lovely present.’

Sarah at Hargreaves Lansdown suggests that helping children open a savings account to deposit cash can help it to grow faster.

‘The rates on children’s savings accounts are often better than adult versions, so in an HSBC account they could make 2.5 per cent on the cash they put aside,’ she says.

She adds that parents or relatives who want to help children learn to save could add in an incentive offer to sweeten the deal.

‘If your child tends to spend any money before it ever sees the inside of a wallet, you could make them an offer to double any money they choose to put into a savings account. That way you can teach them the value of saving too,’ she explains.

Giving children money for when they are older is also a good idea when considering a financial gift.

While they may not be grateful now, investing money when children are young provides time for it to grow, so it could be used for many purposes later.

‘Unlike the latest must-have video game, financial gifts will actually get better with age because they have more time to turn into a sizeable nest egg. When they grow up, children can then use the savings to help them get through university, or buy a car, or as part of a deposit on a house,’ says Laith Khalaf, financial analyst at investment group AJ Bell.

Laith adds that one of the best ways to do this tax efficiently is to set up a Junior Isa or pay into an existing one.

‘A parent or guardian will need to set the account up, but can then pass on the details for other family members to pay into it,’ he explains.

Like an adult ISA, a Junior ISA allows money to grow free of tax, whether it is in cash or investments. Once the child turns 18 they get access to their account, which becomes an adult ISA. You can save a serious amount – £9,000 a year – into a Junior ISA account, but even smaller amounts can add up over time – particularly if you contribute regularly when a child is young or put a gift in early to grow over time.

Investment over this timeframe usually outperforms cash savings, but of course there is no guarantee.

According to the Association of Investment Companies (AIC), if a parent, grandparent or guardian had invested a one-off £1,000 in the average investment company for a child 18 years ago, it would now be worth £7,913 (a 691 per cent return), If they made £50 a month contributions instead, their total investment of £10,800 over 18 years would now be worth £34,348.

Another popular financial gift for children is a Premium Bond investment. Many families, including our case study below, find the lottery element of these bonds appealing, although the prize rate has recently been cut to one per cent rather than 1.4 per cent. This prize rate should supposedly reflect the average payout, but of course there’s no guarantee your child will receive any returns from their bonds at all.

Financial gifts for… much later

Most children probably can’t get their heads around saving for retirement – after all, many adults can’t – but if you really want to make a start on your child’s long-term financial wellbeing, you could open a pension for them.

You can pay money into a Junior SIPP (Self Invested Personal Pension) and not only will it grow free of charge but the government will add a bonus on top. That’s because even those who don’t pay any tax are able to reclaim 20 per cent tax relief on pension contributions up to a limit of £2,880 – so the total amount that goes in is £3,600 with the tax back.

Putting gifts into a child’s pension can have other advantages, including the fact that this type of gifting is often exempt from inheritance tax.

The sting in the tail, of course, is that your child won’t be able to access it for many, many years. At the moment you can access your pension at the age of 55, but this is rising to 57 soon and is likely to rise higher.

‘You need to be prepared that you may never live to see the day when they realise what a brilliant gift you’ve given them,’ warns Sarah.

However you choose to give a financial gift this Christmas, one of the best gifts you can give is engaging them with their own finances in the first place.

Whether explaining how pensions work or seeing them using an app to budget, you’ll be giving them skills that will last long after the glow of the festive season has faded.

Anamika Adwaney, from south-west London, is asking relatives for financial gifts for her three children this year.

She says: ‘I don’t want this Christmas to be about more stuff. I’d rather there was something for the future.’

Anamika, 37, and husband Gaurav, who run their own business selling weighted blankets for children, say that their family weren’t happy just to put cash into an account because it didn’t feel very special.

However, they were all happy with the idea of Premium Bonds, because of the idea that the children might win some money which they could spend more immediately, as well as keeping cash in the bonds to spend later.

‘When they are older they can use the money for something like a car,’ she says.

‘They really don’t need any more things at the moment.’


MORE : Best beauty hacks to save money and the environment


MORE : Mum who didn’t know she was pregnant goes to hospital with back pain and comes out with a baby

READ  Pregnant mum-of-21 Sue Radford shares snap of her homeschooling station for NINE of her kids
Share on FacebookShare on TwitterShare on PinterestShare on Reddit
newsgrooveDecember 8, 2020