Why you get turned off when someone shows too much interest 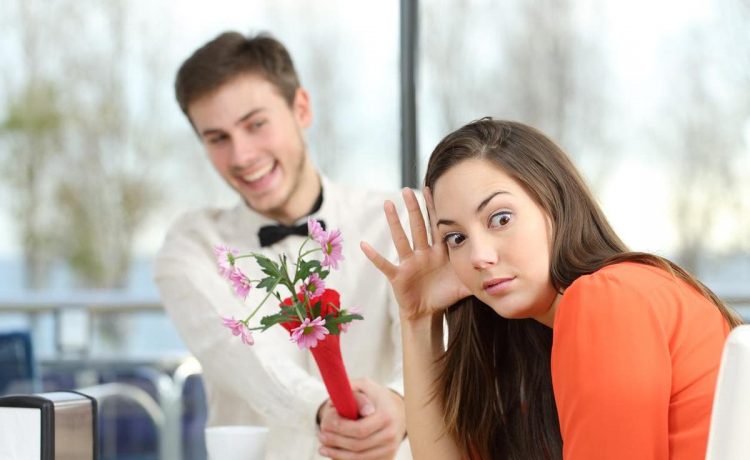 You’re having a great time getting to know a guy or a gal, there’s excitable flirting, hearts lurching when they message, and perhaps a touch of playing hard to get (God forbid you should lay your cards on the table).

But then. Then the person gets too keen. Perhaps they suggest hanging out two nights in a row, reply to all your messages straight away or even – gasp! – tell you they like you. The horror.

And of course, you then recoil, suddenly, inexplicably, totally not into them any more. It’s so annoying.

It’s classic though. Many of us like the chase, and once that’s over, we lose interest. And of course, people seem so much more attractive when we think they don’t want us.

Such is why we often think it’s worth playing hard to get.

But why does this happen?

If you often get turned off when someone is too into you, it probably comes down to your issues with intimacy. Sorry.

When someone is keen, it’s a sign that the relationship has potential to progress.

Ever freaked out when you’ve been seeing someone for a few weeks and it actually starts to look like it could turn into something real? Yeah, guilty.

“And when a relationship becomes more intimate, it becomes more vulnerable, and [people] can become more easily hurt,” Jesse Kahn, LCSW, the director and supervisor of The Gender & Sexuality Therapy Collective in New York, told Refinery 29.

So when you pull away, you’re just protecting yourself from the possibility of being hurt. “In fact, some people can find safety in being rejected, because it’s more normal for them,” Kahn says.

But that’s not the only reason being too keen can be a turn-off. It can, of course, just reek of desperation. You don’t want to date someone who is so needy and has so little going on in their life that they cling to you.

It shows maturity when someone is independent, and being too keen can be interpreted as being needy.

“Think about what your examples of intimacy and love were in past partnerships and in your family life,” he explains.

Friends may tell you that when you meet the right person, you won’t run away when it gets to the point where a relationship might have potential, but is that really true? Or is it actually something you need to get over yourself?

Try not to freak out when someone likes five of your Instagrams, texts you three times in a row and posts a selfie on Facebook with you. Because at the end of the day, it’s probably not them, it’s you.

[This article was originally published in September 2017]

The universe is expanding – but what is it expanding into?

How we met: ‘I wrote down everything I wanted in a partner – and he fitted all the criteria’

From Naked Attraction to Love Is Blind: The couples who found lasting love on wild TV dating shows

How we stay together: ‘We’re the middle-aged couple walking down the street holding hands’

Prince Philip death: What was his relationship like with his children?