Why The Avengers Are NOT In Spider-Man: Miles Morales – Screen Rant 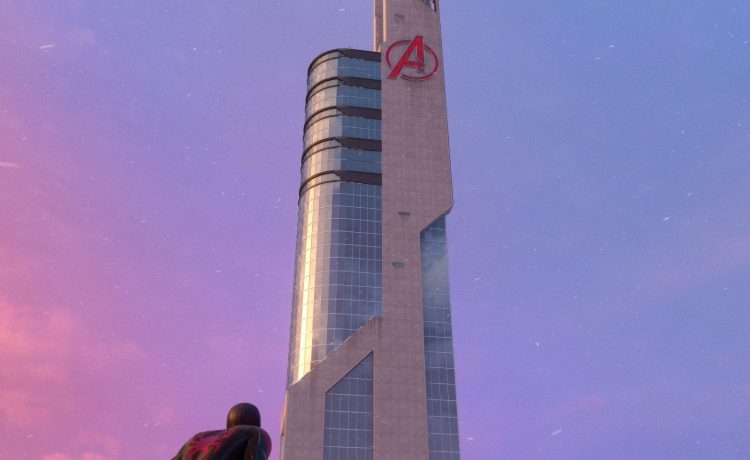 The Avengers exist in Insomniac’s Spider-Man games as their tower is an unmissable landmark in New York City. So, why do they never appear?

Insomniac’s Marvel’s Spider-Man and Spider-Man: Miles Morales only feature a pair of heroes: the original web-slinger Peter Parker and his protégé, Miles Morales. However, both games contain numerous references to other Marvel heroes, including the Avengers – whose tower of operations looms over the entirety of New York City. This begs two very important questions: where are the Avengers and what are they up to?

Aside from their giant tower being ever-present, the Avengers are directly mentioned in both Marvel’s Spider-Man and Spider-Man: Miles Morales. In the former, Peter quips that the Avengers are barely ever around, and in the latter Miles muses on the atomic structure of Thor’s hammer. These references are slight to be sure, but they reinforce the presence of the Avengers in Insomniac’s Spider-Man world. That said, no Avenger ever appears, and the reason for this could be simply tied up to licensing rights.

The exclusivity rights of the Spider-Man character, especially in the sphere of videogames, is complicated. For the most part, Marvel has the primary rights to Spider-Man’s use in video games while Sony retains the exclusive rights to the character’s film adaptations. However, like with Spider-Man’s appearances in the MCU, deals can be struck. For example, aside from the Insomniac Spider-Man games being exclusive to PlayStation consoles, Spider-Man’s role in the multi-platform Marvel’s Avengers is also exclusive to PlayStation. The reasons for Spider-Man’s exclusivity to Sony in these cases is the result of an agreement between Sony and Marvel. So, it is likely that said agreement limits what characters can appear in Sony exclusive Marvel games – meaning the Avengers can be mentioned, but not shown.

The way the Avengers are handled in Marvel’s Spider-Man and Spider-Man: Miles Morales bears striking resemblance to their handling in Netflix’s numerous Marvel TV series which were supposed to be a part of the MCU. The Avengers are mentioned numerous times in the Netflix shows, especially in the first season of Daredevil, but they never make an appearance. Furthermore, as the shows continued, the lack of any MCU characters became so preposterous that the shows seemed to exist in an entirely separate universe. By the time The Defenders aired, the Netflix shows dealt with city wide threats that would undoubtedly concern the Avengers, or, at least, Spider-Man.

The similarities between the Netflix shows and the Insomniac games is further highlighted by the references to the Netflix heroes in Marvel’s Spider-Man. In the 2018 game, it is possible to find Alias Investigations, Jessica Jones’ detective agency, and Nelson and Murdock, Daredevil’s law firm. Peter even mentions meeting Matthew Murdock, Daredevil, and alludes to him having powers since Murdock seems to know Peter’s secret identity. These overt references to Jessica Jones and Dareveil are ironic given the fact that, like the Avengers, they never appear in the game or get involved in fighting the deadly attacks that threaten New York City.

The lack of other superheroes in Marvel’s Spider-Man and Spider-Man: Miles Morales could be an intentional choice to give fans fun references while keeping the action squarely focused on the web-head, but this seems unlikely since mentioning the other heroes, while not showing them, makes Spidey feel disconnected from the world around him. Both Nuform and Devil’s Breath threaten New York City on a large scale, and the idea that the Avengers, or especially Daredevil, wouldn’t intervene is preposterous. It is most likely the case that other heroes cannot make appearances in Insomniac’s games because of licensing agreements.

Nicholas is a freelance game writer for Screen Rant, a regular contributor to Goombastomp, and former Game Informer intern. A graduate of the University of California San Diego, Nicholas got a degree in philosophy and loves to dive deep into the artistic side of gaming.