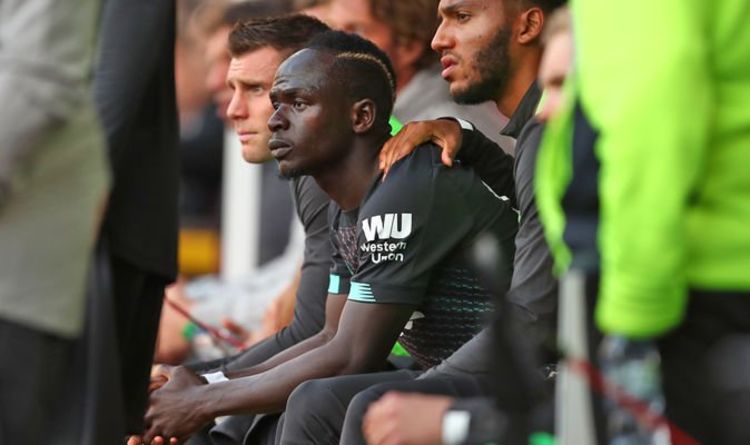 The incident was the only blotch on an otherwise perfect afternoon for Liverpool as they won 3-0 at Burnley.

Sadio Mane vented his frustration after being subbed by Jurgen Klopp, following an incident in which Mohamed Salah did not pass to him.

The Egyptian had the chance to play the ball through to Mane to put him one-on-one with the goalkeeper, but instead chose to shoot with the score at 2-0, with his shot going wide.

Former Stoke and Burnley striker Jon Walters believes the hunger to score goals is only a good thing for Liverpool.

“It’s a good thing that strikers are like that with each other in a way,” he told Sky Sports.

“Liverpool have got a good group so that will be forgotten about straight away.

“There’s not doubt that Mohamed Salah wanted the goal, but it’s important to have that competition in your team.

“You want two strikers or three pushing each other the whole season.

“You don’t just want one and some happy not to get a goal, you want them all pushing.

“Anytime he picks it up, it looks like he wants to score [Salah].”

Jamie Carragher claimed that Salah’s decision should not be a surprise and that he would have done the same thing last season, because he loves to score goals.

“I think now and again there have been times especially last season at Fulham away when I was frustrated with Salah in commentary, where if he hasn’t scored in the first hour, it’s almost like in the last half an hour he’s got to score,” he added.

“Really, he should pass.”

Walters believes that once Klopp has sweetened things up between the pair, it’s something they can learn and move on from.

“At this point it was 2-0 and if Jay Rodriguez had gone down the other end and he had a chance, if you’re going in at 2-1 with ten minutes to go, it’s a different proposition,” Walters added.

“He should pass and finish the game off, then maybe try and get a goal at the end.

“That’s why Mane isn’t happy, he went to Van Dijk and asked why he’s not passing, he said the same to Henderson.

“As Jurgen said, it’s been cleared up in the changing room.”