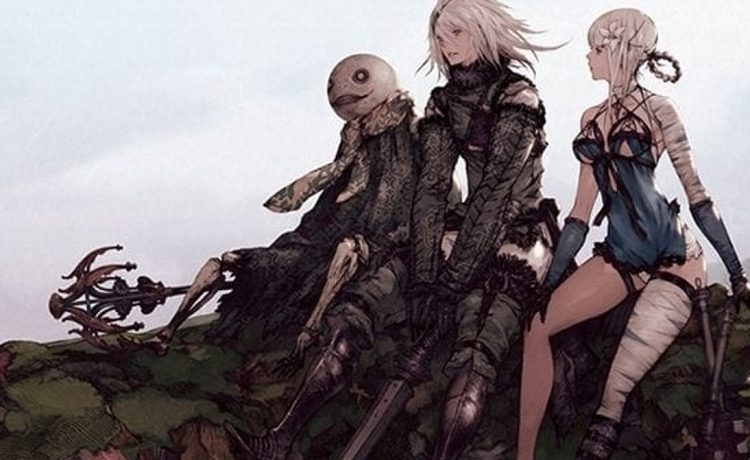 I don’t think anyone at Square Enix saw Nier Automata as a multi-million-selling, genre-defying hit. The action-RPG sort of stumbled into the spotlight in 2017, tasked with amassing attention in the months following the Nintendo Switch’s incredible debut with The Legend of Zelda: Breath of the Wild. A tough act to follow, no doubt, but one that Automata somehow managed, going on to land multiple game of the year accolades, draw millions upon millions of fans to a previously-unknown franchise, and selling upwards of five million copies over four years later.

Examining why Nier matters is a bit like doing a jigsaw puzzle backwards. There’s so many different ways you can deconstruct it: is it the elegant gameplay that’s stuck with millions of players around the world, or is it Keiichi Okabe’s grandiose score, crashing down with waves of emotion on the player? Alternatively, are Automata’s zany and inspired storytelling methods the reason it’s so highly revered, or is it perhaps the unpredictable creative director himself, Yoko Taro, that’s responsible for pushing the game to legendary heights?

The answer could simply be all of the above. There’s something so effortlessly unique about Nier Automata everywhere you look, starting from the moment you descend out of the atmosphere as 2B in a personal gunship to battle hordes of robots in the sky, to crash-landing and fighting a towering mechanical monolith with gigantic buzzsaws, all in the opening minutes. The debut sections are greatly representative of how the smooth and fluid gameplay is married to imaginative foes for brilliant battles, but it’s the story that unfolds later on that really got its hooks into players to form a community.

People were talking about how Nier Automata pushed storytelling boundaries back in 2017, but no one could really give away why for fear of stepping into spoiler territory. It unfolds something like this: Nier Automata has a series of endings, each of which wraps up the story from one character’s perspective, before shifting to another, telling the same cohesive story from multiple changing points of view over the course of roughly 30 hours. It’s daring, incredibly more so when Automata all but tells you the story’s wrapped up and you should pack your bags after the first ending, only for there to be some of the more memorable gameplay moments I’ve ever experienced hidden after this first, somewhat deceptive conclusion to the story.

I think this, perhaps more than anything, is why Nier Automata matters, and why it’s endured for years after release. I can’t think of another game that hides so much for the player to discover after the credits have rolled, changing the entire gameplay structure and storytelling perspective for an adventure that both compliments and changes the way you view the story you were previously told. Some of Automata’s best storytelling work is hidden after successive endings, from Pascal’s village of robotic children, to A2 and 9S’s climactic fight and the message of hope the entire story carries, and the way this was uncovered, like a internet whisper of people saying no, you’ve got to continue after the end was unlike anything else.

Nier Automata is so highly regarded now, responsible for drawing international attention to a largely overlooked franchise, that the energy has culminated in Nier Replicant’s remastering, over a decade after it originally released in 2010. That’s Nier Replicant Ver. 1.22474487139… to be precise, and it’s specifically a remastering of the Japanese-exclusive version of Nier. This version of the game was called Nier Replicant, and starred a young protagonist striving to rescue his sister, while the western release was dubbed Nier Gestalt, and starred a much older, gruffer protagonist, reportedly at Square Enix US’s request in an attempt to better market the game to western audiences.

Nier Replicant’s remastering is a testament to Automata’s lasting appeal and impact. It’s not as if Automata was an overnight success, as the game’s sales continued to tick upwards year over year, with four million units shipped in 2019, and the 5.5 million figure being released only earlier this year in February 2021, nearly four years after Automata originally launched. It all feeds back to the word-of-mouth encouragement surrounding Automata shortly after launch, and how a dedicated player base recognised the fact that players might drop off Automata after running up against the first, premature ending, and pushed a message that there was much more to discover after the game’s original ending.

I think this is why Nier Automata, and to a large extent the entire Nier franchise, matters in 2021. Nier Automata was an incredibly calculated risk, one that bet audiences would be inspired enough to continue and forge ahead after the main credits rolled. I don’t think we see this risk-taking allowed to thrive in the modern AAA space, especially under gigantic publishers such as Square Enix, and Automata ultimately bet on itself and won. Nier Automata matters all these years later for so many reasons, and trying to nail down one in amongst the introspective storytelling of human nature, beautifully chaotic combat, and more is bound to drive one mad. That being said, I feel satisfied in saying that Nier endures through its ambitious storytelling methods, and in that department at least, there really is nothing else like it.