Why is the UK offering Hong Kongers a path to citizenship? 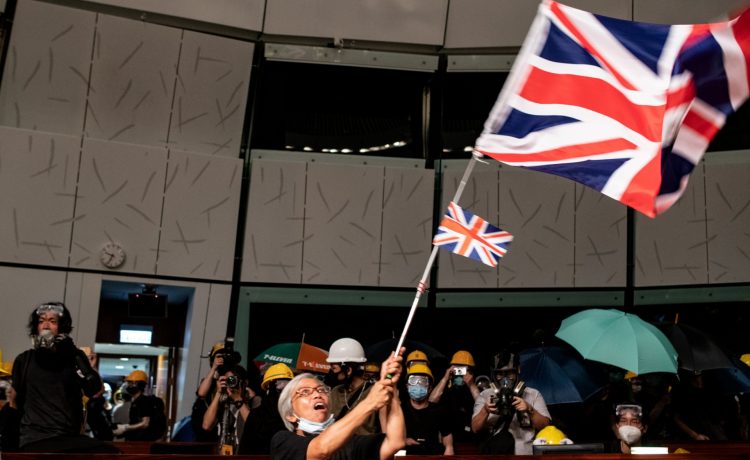 Britain will change its immigration rules to allow millions of people from Hong Kong “a route to citizenship” if China passes controversial new national security laws, Boris Johnson has said.

In an article for The Times, the prime minister warns that the new controls would “dramatically erode” Hong Kong’s autonomy, which would breach the terms of China’s Joint Declaration treaty with the UK.

So exactly what is the UK offering?

Johnson says he is willing to make one of the “biggest changes in our visa system in British history”, by allowing up to three million Hong Kong residents extended visa-free access to Britain and the opportunity to pursue citizenship.

“If China imposes its national security law, the British government will change our immigration rules and allow any holder of [British National Overseas passports] from Hong Kong to come to the UK for a renewable period of 12 months,” the PM says in his newspaper article.

Hong Kongers would also be extended further immigration rights, including the right to work, “which could place them on a route to citizenship”, he adds.

What is Britain’s relationship with Hong Kong?

Hong Kong was ceded to the British Empire in 1842 by the ailing Qing dynasty in the wake of the First Opium War, through the Treaty of Nanjing. The terms of the treaty designated Hong Kong island as a British crown colony.

Britain went on to win the Second Opium War, taking control of the Kowloon Peninsula in 1860. Almost 40 years later, the New Territories – additions of land which came to make up 90% of Hong Kong’s land mass – were leased to Britain for 99 years.

The term of this lease “was fixed almost casually”, says The Independent. “Both sides believed the new lands would remain British forever, along with the original colonial possession of Hong Kong island, acquired in 1842. The British Empire would never die.”

The land was only leased rather than annexed because Britain “was prepared to let China’s rulers save face by not insisting the territory should be ceded in perpetuity”, the newspaper adds.

In the late 1970s, however, the Chinese Communist government demanded Hong Kong back, and following lengthy negotiations, the return of the territory was agreed.

Which terms of the return agreement has China breached?

According to the UK government, Beijing’s new security law is contrary to the “one country, two systems” principle agreed as part of the Sino-British Joint Declaration, which was signed by Beijing and London in 1984.

“To be very clear and specific about this, the imposition of national security legislation on Hong Kong by the government in Beijing… lies in direct conflict with China’s international obligations freely assumed under the Joint Declaration,” Foreign Secretary Dominic Raab told Parliament earlier this week.

How has Johnson’s offer been received?

The PM’s article in The Times represents “a final appeal to China to reconsider its actions”, says The Guardian.

But should that appeal fail, the offer of a pathway for Hong Kong residents to achieve British citizenship represents a “remarkable intervention”, according to Johnny Patterson, director of the human rights NGO Hong Kong Watch.

He said: “It is a watershed moment in Sino-British relations. No sitting PM has made a statement as bold as this on Hong Kong since the handover.”

Patterson says the move is reflective of two things: “First, the severity of the situation on the ground.

“And second, the fact that the British government genuinely, and rightly, feel a sense of duty to citizens of Hong Kong and are going to do all they can to stop them becoming the collateral damage of escalating geopolitical tensions.”