Why Facebook’s Oculus Quest VR Hardware Is Worth Watching – Barron's 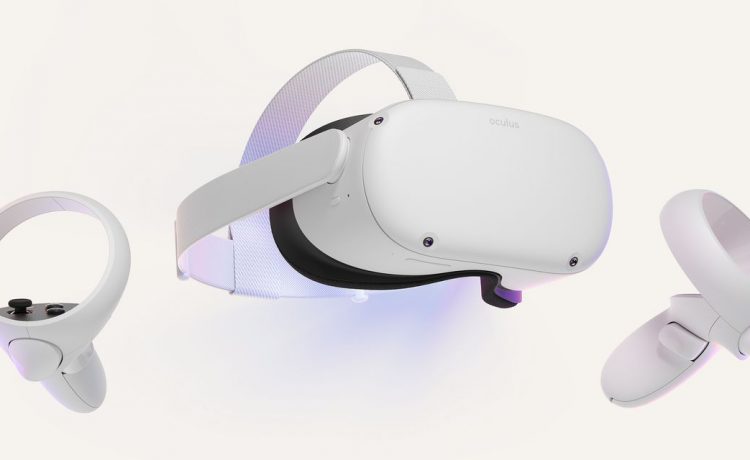 Released into the wild on Oct. 13, the Quest 2 headset’s sales are expected to have a beneficial effect on

(ticker: FB) revenue bucket dubbed other, executives said in the Thursday earnings call. Dwarfed by Facebook’s $22.22 billion in advertising sales, it’s easy to overlook the company’s virtual reality efforts as an interesting but ultimately insignificant side project. But as publishers release more games that are more enjoyable to play in VR and headsets continue to get better and cheaper, sales might be worth paying attention to.

For many years, I have been a skeptic of the renewed efforts in virtual reality, a type of technology that has enjoyed brief periods of vogue—anyone remember Virtual Boy?—before gamers and others attracted by its promise realized that two-dimensional screens were, and for the most part remain, a better experience. So when Facebook announced the new version of the Quest, I reached out to test its new generation of hardware.

(SNE). It doesn’t yet boast a murderer’s row of big-budget, big-ambition games, and it doesn’t appear to be future proofed to the same extent, as Facebook launched the second Quest just a year after the first.

Facebook’s latest unit is more accessible than more expensive, complex VR hardware such as HTC’s Vive or the Valve Index. Both those systems also require a powerful personal computer and wall-mounted sensors to enjoy full range of motion. Quest doesn’t.

The Quest 2 improves on Facebook’s first version in just about every way. The unit is lighter than its predecessor, faster—it’s powered by a Qualcomm Snapdragon XR2 chip—has more random access memory, and features improved controllers. The display now renders crisp, clear text and even more vivid images at a better price: $299, which is $100 less than the first generation Quest.

Since the Quest’s first appearance at Facebook’s developer conference in 2019, I have thought that the VR hardware makes sense. What’s missing has been the software, videogames or otherwise. And while the Quest systems have not erased my skepticism about VR, together with

Squadrons, a spacecraft dogfighting game set in the Star Wars universe, is the first videogame I have played that can be played on a regular screen without a VR headset but is far better in VR.

Similar to most VR software, booting up Squadrons on the Quest 2 is still not as easy as launching a regular game on a console, or even PC. For staters, it requires a PC, Facebook’s Link software, and a cable with enough bandwidth. There is also a mess of software needed—software that doesn’t always work. Framerate performance was also inconsistent without obvious reasons. But when it works, it’s glorious.

Despite some frustrations, the VR experience was not only more enjoyable than the non-VR experience, the headset improved my ability to play. Sitting inside the virtual cockpit of an X-Wing fighter, I looked around—above, behind, to the side—in search of bad guys.

Without a VR headset, a similar action requires a cumbersome combination of keystrokes and mouse movements. It wasn’t practical when I was attempting to fend off an attack from an enemy space craft blasting green lasers in my direction. Having the headset on my face made me a better player, which is something I’ve never been able to say about VR before.

The Quest 2-Squadrons experience is occasionally breathtaking, sounds great, and damn fun. Squadrons was a bit brief, arriving with only a short single player campaign and two multiplayer modes.

I doubt that the Quest 2 is going to haul in enough cash to convince CFO David Wehner to rename the other revenue segment “Virtual Reality” or “Quest.” Still, the second generation effort shows promise, and it’s definitely worth keeping an eye on.

READ  Dealmaster: All the best Black Friday 2019 tech deals we can find - Ars Technica
Share on FacebookShare on TwitterShare on PinterestShare on Reddit
newsgrooveNovember 3, 2020