NewsGroove Uk
NewsGroove Uk > Music > Why celebrities like Kanye, Prince and Grimes change their names and risk perils of a rebrand
Music


Global rap star Kanye West signalled the latest phase of his increasingly unorthodox career this week, announcing that from henceforth he would like to be known as Ye.

It may same like a bold move from the American, but striking name changes have a long tradition in popular culture – the transformation of Norma Jean Baker into Marilyn Monroe and Archibald Alexander Leach becoming Cary Grant are just two examples.

Of course name changes are not the sole preserve of celebrities. In 2019, 2,641 people in the UK changed their name by deed poll, part of the 14,499 who have done so over the past decade.

Yet it wasn’t zany monikers that topped the charts. James, Thomas and Sarah were the most popular names respectively, suggesting that for the average person, a name change is less about standing out, and more about fitting in.

Aspiring stars have the opposite aim and will often ditch their original names for something glitzier before they hit the big time.

But renaming yourself when you are already in the spotlight, like Ye, isn’t just a personal change, it is a high-stakes business decision. And over the years, these efforts to rename – and rebrand – have had varying degrees of success.

Celebrity name changes — and what they mean

Kanye → Ye – Officially filed on the 24 of August this year by the Los Angeles Supreme Court, Kanye West changed his name to Ye, citing personal reasons. In a radio interview, he stated that ‘ye’ (meaning ‘you’) was the most commonly used word in the Bible. His name went from Kanye (meaning ‘the only one’) to just Ye – what he defines as being a reflection of all things, good and bad. Ye was also the title of his album released in 2018, and is the name he uses on his social media accounts.

British Sea Power → Sea Power – In August 2021, the UK band British Sea Power changed their name to Sea Power, due to ‘British’ and ‘Power’ being synonymous with the British empire, which is associated with ‘isolationist, antagonistic nationalism’. The band emphasised that they were not ashamed of their British legacy, but instead preferred to use just ‘Sea Power’ to express their support for environmental groups. In line with this sentiment, Sea Power has already performed on a boat next to the Houses of Parliament, in support of a group lobbying for wave generated energy.

Grimes → c – In 2018, Grimes revealed to the public that she was legally changing her name from Claire to ‘c’, the scientific symbol for the speed of light. She was encouraged to do so by her now ex partner, Elon Musk, due to hating her given name Claire. ‘c’, which should be both lowercase and italicised, also continued the trend of unconventional names with her first born child, who she named X Æ A-XII (pronounced X-Ash). In 2015, when asked about her pronouns, ‘c’ tweeted that she lives in a gender neutral space and is personally indifferent to pronouns. Although her new moniker is gender neutral, she has not yet publicly declared her preferred pronouns.

David Bowie → Ziggy Stardust (among others) – David Bowie was famous for reinventing himself, and his real name was actually Davy Jones. He adopted his more famous stage name to avoid being confused with a singer in the band The Monkees of the same name. As his manager at the time put it: ‘Nobody’s going to make a monkey out of you’.

Snoop Dogg → Snoop Lion – Calvin Broadus Jr., better known as Snoop Dogg, has explored several versions of his name over the years, with variations including Snoopzilla and The Doggfather. Most of these changes reflected various stylistic developments within his music, and tied in with the aesthetics and themes of his work. Interestingly, he briefly changed his name to Snoop Lion after a trip to Jamaica in 2012, when he was christened under this name by a Rastafari priest, following his conversion to Rastafarianism.

From the linguistic experts at Babbel

But when you’re in the spotlight, renaming yourself isn’t just a personal decision, but a business decision. Some have retooled their moniker at the request of managers, or to meet the criteria to join acting union Equity, where no two names of members can be the same.

Prince’s reincarnation as a symbol was an act of rebellion against record label Warner Bros. When the label prohibited him from releasing some of his 500 recorded songs for fear of “diluting” his brand in 1993, the artist hit back and legally switched his name to the “Love” symbol, leaving many referring to him as the clumsy “The Artist Formerly Known as Prince”.

Prince remarked that Warner had “took the name, and trademarked it”, so evading the brand meant evading the English language. But the stunt came at a price. As Prince recognised, his name was a brand. Record sales plummeted, and some fans felt alienated from their hero.

To connect with the fans, Prince launched three shops. David Frossman landed a job at the London store, tasked with telling customers why the artist had changed his name.

“On the face of it, the job entailed regular shop assistant tasks, but there was another role for the store – making sure the visiting fans knew Prince’s motives for his name change was to release himself from his recording contract with Warner Bros Records,” Mr Frossman, now the Director for Media and Entertainment at W Communications told i.

“The media were having a field day. He had become the butt of many jokes – TAFKAP or ‘Taffy’ as he was called. Some of the fans were distressed. Their hero was being mocked and his motives were hard to comprehend at first.”

The reason behind the decision may still have eluded some, but ultimately it got Prince what he needed. “His stubbornness to keep the ‘symbol’ conversation in the news created ongoing bad publicity for Warner Bros,” Frossman said.

“Although he went back to Prince, the name change helped him get out of his contract and eventually get back his masters – an issue that you hear more artists talk about now.”

So, why do we feel so affronted by celebrities changing their names? Because, argues brand guru Fara Darvill, it feels personal.

“Celebrity name changes can be tricky because it’s dealing people and fandom. Fans invest emotional and financially in celebs, their values and their personality, which is all wrapped up in the brand they have created,” the Growth Director for for branding agency Design by Structure told i.

Consumers are no less invested in the changing face of household brands. Crisp lovers were baffled to discover Walkers rechristened Lays – which acquired the brand in 1989 – in continental Europe. Cillit Bang is trying its luck as Easy-Off Bang in India.

And for some companies, these rebranding efforts fall flat on their face – and are rarely forgotten. “When Royal Mail rebranded as Consignia at the cost of £2m to enter new overseas territories, it failed immediately,” says Darvill.

“In the UK it was scrapped after just 16 months. People are still talking about the Opal Fruits to Starburst and Marathon to Snickers name changes, and they were 30 years ago.”

Mr Frossman says that tech companies tend to have better luck. “They are, by nature, future-gazing and when they pivot into a new identity, it is usually welcomed as an exciting development. In 2007, Apple Computers dropped the ‘Computers’ – they wanted to be a lifestyle, not a tech brand,” he adds.

Some name changes have been wholeheartedly accepted by the public and media alike, with none of the cynicism of consternation of previous decades.

While many stars have changed their names in the hope of standing out, stars such as Thandiwe Newton have readopted monikers that reflect their cultural heritage.

“In April 2021, Thandiwe Newton reclaimed the correct spelling of her name, after the public adopted the incorrect ‘Thandie’ due to a misspelled credit in the 1991 movie Flirting,” a linguist from language-learning platform Babbel tells i.

“Today, she’s correctly credited as Thandiwe, meaning ‘beloved’ in Zulu, starting with her latest film, Reminiscence, and speaks openly about her Zimbabwean roots, and taking back what’s hers,” they added.

To make a rebrand work, Darvill says, “You need to be very clear with your audience why it is happening.”

“For celebrities, what is key is communicating why you are changing your name, so fans feel like they are involved and coming along the journey with you,” the branding guru said. “Celebs have access to PR machines, they are media fodder, so communicating the change will be easier for them to some extent.”

Frossman adds: “By renaming, you get to reset the conversations around you and tell a new story. Whether it’s a bank or a musical genius, it’s much easier get people to reassess you if you look or sound different.”

For most of us, a name change outside of marriage is a distant concept – but for celebrities, it is an opportunity to take the reins and move with the times.

But when the lines between a celebrity and brand are increasingly blurred, refashioning a persona can be make or break for even the most established artist’s career. 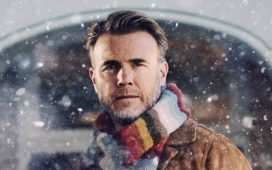