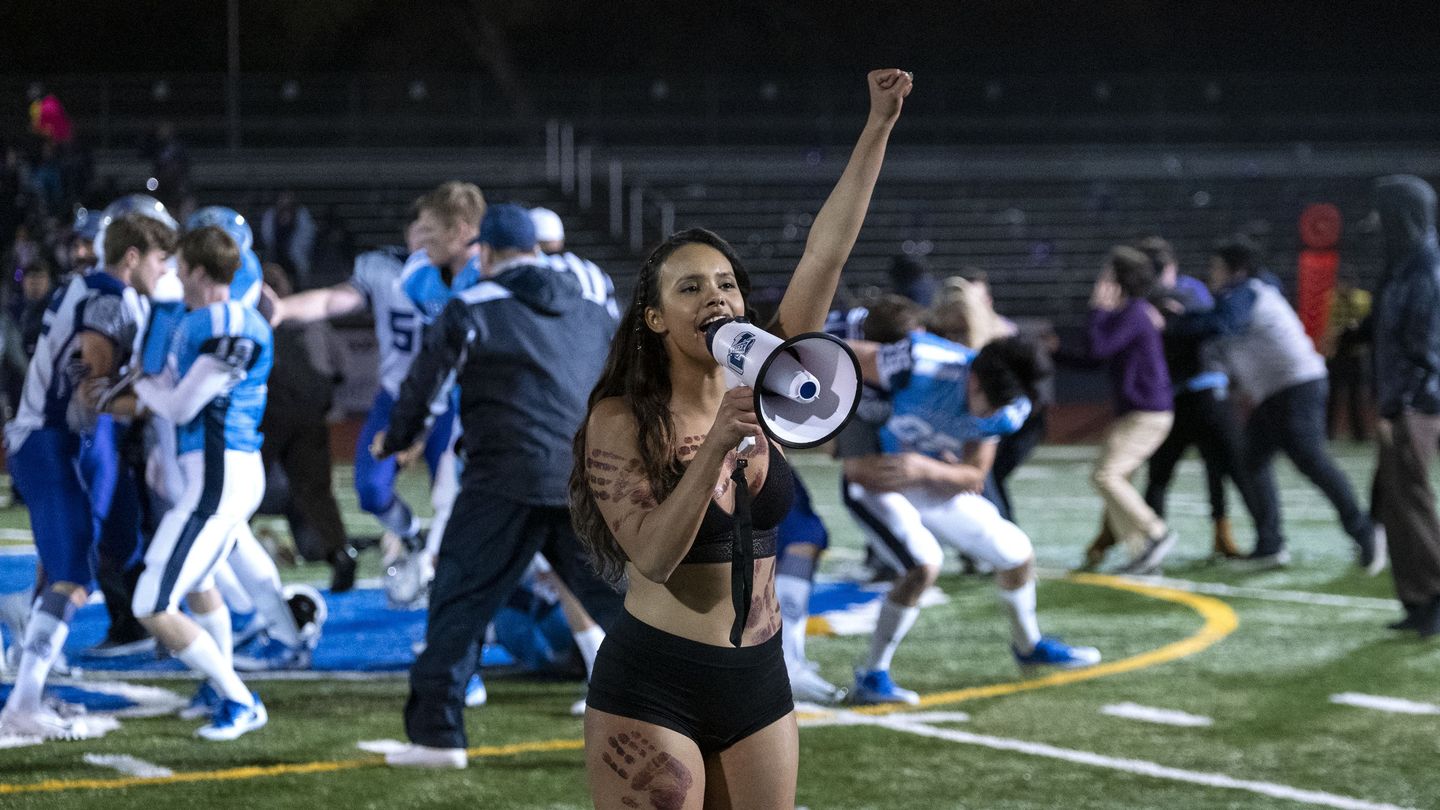 Much like the first two seasons of 13 Reasons Why, Season 3 of the Netflix show has people everywhere talking. And while a lot of the chatter is due to the overt humanization of Bryce Walker — a known rapist whose death is at the center of Season 3’s whodunit plotline — there is one particular character whose evolution since the start of the series feels like an undeniable win: Jessica Davis.

Jessica, played by actress Alisha Boe, started out as a popular cheerleader at Liberty High. But her journey has been particularly difficult to watch, as it took us through the emotional trauma she was left with after being raped by Bryce while she was unconscious. In this new season, however, Jessica has become an outspoken activist for sexual assault survivors — something Boe told Glamour she felt empowered by in the midst of the #MeToo and Time’s Up movements.

“Yeah, I think it’s absolutely inevitable,” she said of having her mind on those movements while filming the show. “It has to be. It’s interesting because during the second season, we were filming the court scene where Jessica finally goes against her abuser. I think a week before we filmed it is when Ronan Farrow released that article [in The New Yorker about Harvey Weinstein]. Every single day, I would wake up and see new articles. Another news article, a headline of another woman speaking up against her attacker. I remember going in on that day to film that scene, and I felt very empowered.”

When she went in to film the third season, Boe found that the feeling of empowerment had multiplied — especially because there was a noticeable increase in the amount of survivors who finally felt like their voices would be heard.”More and more, we’re given collectively, as women, a platform because people are listening,” she told the magazine. “Because we aren’t afraid to speak. Because of the woman who came before us who spoke out. They opened all these endless doors. As a woman, it’s on your mind every single day.”

As far as the rest of the season, and particularly the way Bryce has been portrayed throughout the show, Boe knows there’s been a mixed bag of reactions — from sad and confused to downright angry. And while many fans of the show are rightfully mad that this season feels sympathetic toward a character who certainly doesn’t deserve it, Boe believes that they’re supposed to feel… exactly however they choose.

“I would be upset, too,” she said. “You’re just seeing layers of his story, and why he is the way he is. It does not excuse any of his actions whatsoever. It doesn’t make it OK because we see a human side of him. At all. It’s just painting a more complicated picture. I think you’re supposed to be mad and confused.”

But while the Internet is flooded with opinions, Boe is hoping that fans can at least look to Jessica as a potential source for inspiration. “I hope they feel empowered,” she said when asked about how she hopes people feel about Jessica’s journey. “I surely felt empowered playing and reading the words she had to say. I hope they realize they’re not defined—no one is defined by their trauma. They can be whoever they want to be. They can be as powerful as they want to be.”