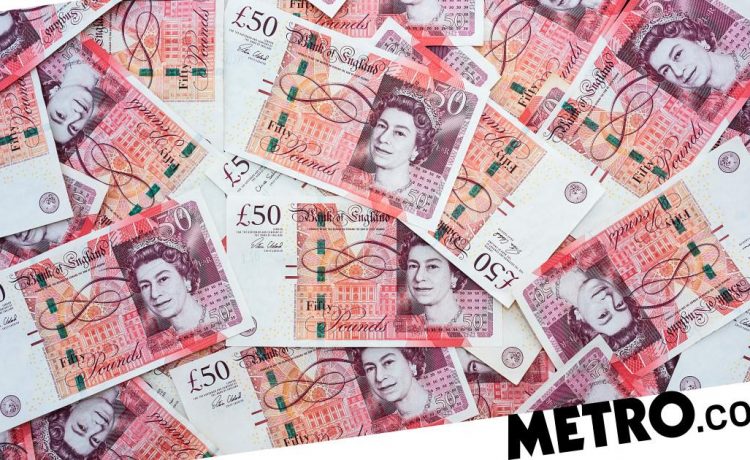 The design of the new £50 banknote has been unveiled by the Bank of England – and it’s due to enter circulation on June 23, 2021.

The Bank previously received 227,299 nominations for the new face of the note.

The new £50 note will be made from polymer, in line with other newer banknotes. Polymer notes last around two-and-a-half times longer than paper notes.

The current £50 note, which was first issued in 2011, features leading lights of the industrial revolution Matthew Boulton and James Watt.

But who will be on the new £50 note, and what are they famous for? Here’s all you need to know.

Alan Turing will be the face of the new £50 banknote, making him the first recognized LGBTQ+ person featured on a UK banknote.

Turing is widely considered one of the founding fathers of computing.

Mark Carney, governor of the Bank of England, said last year while making the announcement at the Science and Industry Museum in Manchester, ‘Alan Turing was an outstanding mathematician whose work has had an enormous impact on how we live today.

‘As the father of computer science and artificial intelligence, as well as war hero, Alan Turing’s contributions were far ranging and path breaking.

‘Turing is a giant on whose shoulders so many now stand.’

You can attempt the challenge for free on the GCHQ website.

Who is Alan Turing?

Alan Turing is best known for his work devising code-breaking machines during the Second World War, and played a pivotal role in the development of early computers first at the National Physical Laboratory and later at the University of Manchester.

He laid the foundations for work on artificial intelligence by considering the question of whether machines could think.

Turing was homosexual and was posthumously pardoned by the Queen, having been convicted of ‘gross indecency’ for his relationship with a man.

His life was marred by tragedy, as he died in an apparent suicide after being convicted, and undergoing chemical castration.

The architect of Alan Turing’s pardon has welcomed the news that he will front the new £50 note, saying it will serve as a ‘rightfully painful reminder of what we lost.’

He said: ‘It is almost impossible to put into words the difference that Alan Turing made to society, but perhaps the most poignant example is that his work is estimated to have shortened the war by four years and saved up to 21 million lives.

‘And yet the way he was treated afterwards remains a national embarrassment and an example of society at its absolute worst.

‘I’m absolutely delighted that Turing will be the face of the new £50 note and I hope it will go some way to acknowledging his unprecedented contribution to society and science.’

Those considered alongside Turing include:

What features does the new £50 note have?

The new notes have a secret code embedded in the design, although that might not be immediately obvious.

The code was spotted by several maths and computing experts, who shared their discovery on Twitter.

‘I just got a nice little shiver when working out whether the binary on the ribbon of the new £50 banknote meant anything,’ Dan Barker wrote.


MORE : If you’ve developed bad money habits over lockdown, here’s how to tackle them

READ  The watchdogs overseeing the $2.3 trillion U.S. bailout
Share on FacebookShare on TwitterShare on PinterestShare on Reddit
newsgrooveMarch 25, 2021