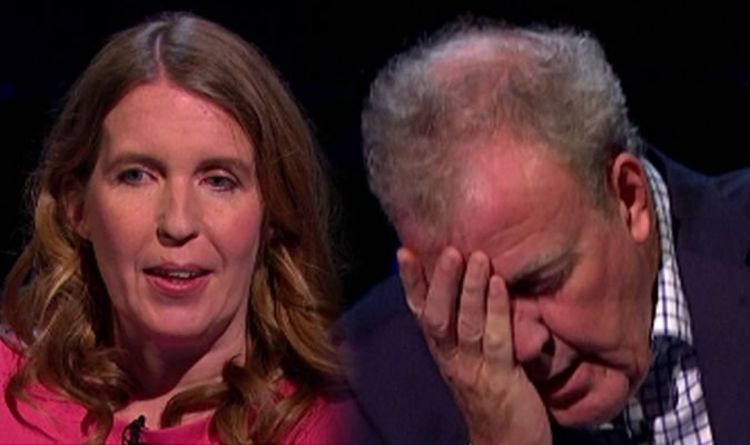 Jeremy Clarkson welcomed a host of quizzers this evening who all hoped they would answer 15 questions correctly to become a millionaire.

However one contestant almost lost out on their chance to win big money after asking Jeremy’s advice.

Tonight’s first contestant, Sarah, was asked: “In which year did Concorde make its last commercial flight?”

She confessed she wasn’t sure and opted to use her “Ask The Host” lifeline on the ITV quiz show.

Jeremy revealed that he was in fact a passenger on board the flight and sat next to his former friend Piers Morgan.

He said: “I’m going to say 1998 but you’re relying on my maths which are notoriously awful.”

Sarah wasn’t sure and decided to use her “50:50” lifeline too, which eliminated Jeremy’s answer.

She then answered correctly with “2003” but The Grand Tour host omitted to apologise and continued on with the show.

Viewers watching at home took to social media to comment on Jeremy’s blunder.

One said: “Well she’s doing really well ….. no thanks to you @JeremyClarkson#whowantstobeamillionaire.”

“Who takes the final ever commercial Concorde flight and can’t even remember what year it was?! Jeremy Clarkson. #whowantstobeamillionaire,” another added.

A third remarked: “How could there be any more of a perfect person to ask than someone who was actually on the last ever Concorde flight…but nope. Jeremy had no idea when he took that historic flight #whowantstobeamillionaire #wwtbam.”

“Oh dear that was very bad,” a fourth tweeted.

“Jeremy Doh! Clarkson just said he was on the last ever Concorde flight in 1998 and the last flight was in 2003! He didn’t even apologise for getting it wrong. #whowantstobeamillionaire,” another commented.

Read more: Who Wants to be a Millionaire: Jeremy Clarkson left red faced after Phone a Friend blunder

After a long pause, Jeremy quipped: “Literally wasted a lifeline.”

The studio audience could be heard laughing before Jeremy confirmed Cain had answered correctly.

Cain then carried on using his lifelines despite later admitting he had would have chosen the right answer regardless.

Who Wants to be a Millionaire returns tomorrow at 8pm on ITV.

READ  Coronation Street spoilers: David and Shona to break up after cheating?
Share on FacebookShare on TwitterShare on PinterestShare on Reddit
newsgrooveAugust 31, 2019