NewsGroove Uk
NewsGroove Uk > Politics > Who is Ruth Davidson, Scottish Tory leader and MSP for Edinburgh Central and why has she resigned?
Politics

Who is Ruth Davidson, Scottish Tory leader and MSP for Edinburgh Central and why has she resigned? 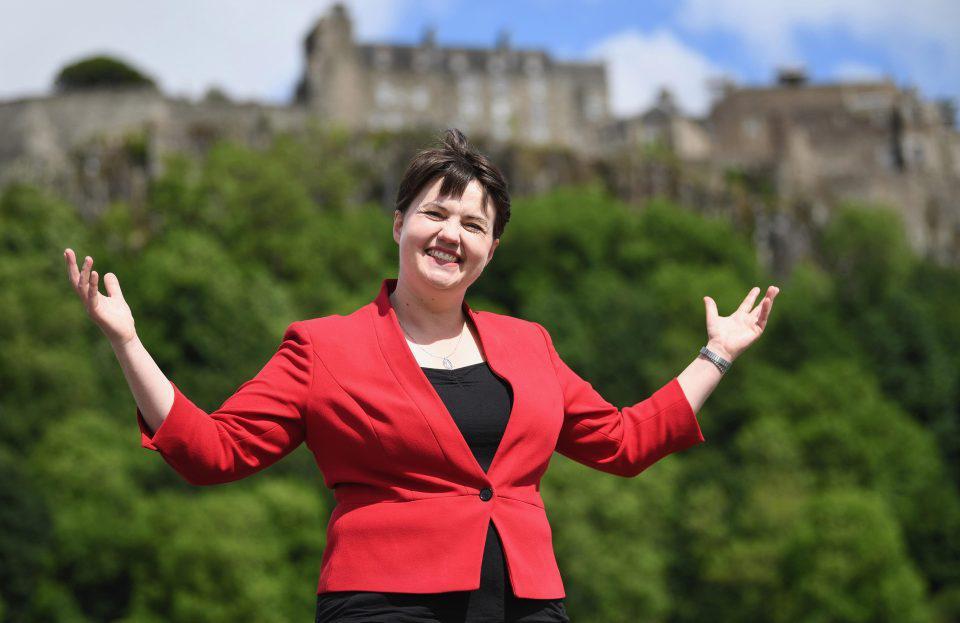 RUTH Davidson has just resigned as the Leader of the Scottish Conservatives and is the Member of Scottish Parliament for Edinburgh Central.

Here’s what you need to know about the Scottish politician who, despite her rapid rise in Scotland, has stepped down as leader.

Who is Ruth Davidson?

Ruth Davidson was born in Edinburgh on November 10, 1978, and grew up in Fife.

Her father Douglas played professional football for Partick Thistle before working in the whisky industry.

After studying English at Edinburgh University, Ms Davidson was a BBC Scotland journalist for seven years.

In 2010, she joined the Scottish Conservative Party.

The following year she became the leader of the Scots party, defeating second placed Murdo Fraser by 2,983 votes.

Under her stewardship, the Tories replaced Labour as the second biggest party at Holyrood behind the Scottish National Party (SNP).

YOU MUST BE JOCKING

In 2016 she was elected as an MP to the constituency of Edinburgh Central.

She served for three years in the territorial army from 2003 as a signaller, before suffering a back injury in training at Sandhurst.

Davidson is in a relationship with 36-year-old Jen Wilson and they have a baby son together named Finn.

She has told the BBC as a teenager it took her years to accept her sexuality.

“I struggled with it for a number of years actually before I would admit it to myself, never mind to anybody else,” she said.

“But there comes a point at which you make a decision and that decision is either that you’re going to live a lie for the rest of your life, or you’re going to trust yourself, and that’s what I had to do.”

She took part in a celebrity charity episode of the Great British Bake Off. in July 2017.

Ruth Davidson has published a book called Yes She Can: Why Women Own The Future.

It is about life lessons learned by prominent women in politics and business.

She said: “This book is for every daughter, every mother, every aunt and every niece.

“As more and more women own the future, I hope very much that this book will become an obsolete curio in my own lifetime; a text to be puzzled over as to why it needed to be written at all. In the meantime, here are the life lessons learned by some of the world’s most powerful women.”

Why has Ruth Davidson quit?

As The Scottish Sun revealed on August 28, 2019, Ms Davidson made a statement o August 29, confirming she will stand down – but will stay as an MSP until 2021.

She said: “It has been the privilege of my life to serve as @ScotTories leader. This morning I wrote to the Scottish party chairman to tender my resignation.”

In her letter Ms Davidson said how she had to “make a different choice” and put her son Finn first now.

She said the thought of fighting another election and spending hundreds of hours away from her home and family “now fills me with dread. That is no way to lead”.

Ms Davidson, who has led the party in Scotland for eight years, said that she’d spent that time putting her party and work first always.

“I fear that having tried to be a good leader over the years, I have proved a poor daughter, sister, partner and friend.

“The party and my work has always come first, often at the expense of commitments to loved ones.

“The arrival of my son means I now make a different choice.”

But she paid tribute to party bosses who made her return to work as “smooth as I could have hoped”, meaning she was able to stay in her role.

On Brexit she said she had tried to respect the referendum result while “seeking to maximise opportunities and mitigate risks for Scottish businesses and sectors”.

However, she didn’t mention tensions with Boris Johnson in her resignation letter.

Senior Tories revealed how Ms Davidson, who had her first child Finn with partner Jen in 2018, is said to be under huge pressure both at work and at home.

And since Boris came into No10 she was said to have been more and more at odds with him over his Brexit plans.

Ms Davidson has long been a passionate Remainer and doesn’t support a No Deal Brexit.

Her departure will be a huge loss for the Tories, who have seen huge success in Scotland under her leadership.

When did Ruth Davidson give birth to her baby?

On October 26, 2018, she welcomed her 10lb arrival Finn Paul at Edinburgh Royal Infirmary.

“Welcome to the world, little one… Know you are loved,” she tweeted.

She followed up with a witty joke and snap of her dog, wearing a scarf saying “big brother Wilson”.

“Say what…?” she joked, zooming in on the dog’s incredibly sad eyes after getting the news of the baby’s arrival.

Before the birth Ms davidson made no secret of her desire to be a mother, and found out in March, 2018, that an IVF procedure had been successful.

What has Ruth Davidson said about a No Deal Brexit?

She has repeatedly stated her position that she rejects No Deal when it comes to Brexit.

Ms Davidson has said in the past: “I don’t think the government should pursue a No Deal Brexit and, if it comes to it, I won’t support it.”

A combative performance in the 2016 EU Referendum debate propelled her into the limelight.

She argued passionately for staying in the European Union in front of a 6,000 strong audience at Wembley Arena.

Tensions between her and the new Prime Minister Boris Johnson have been strained as she made no secret of the fact she did not want Mr Johnson in No10.

Despite the divide between them Mr Johnson said on July 29 he would throw his weight behind her campaign to become the next First Minister of Scotland.

Ruth Davidson resigns as the leader of the Scottish Conservative Party​