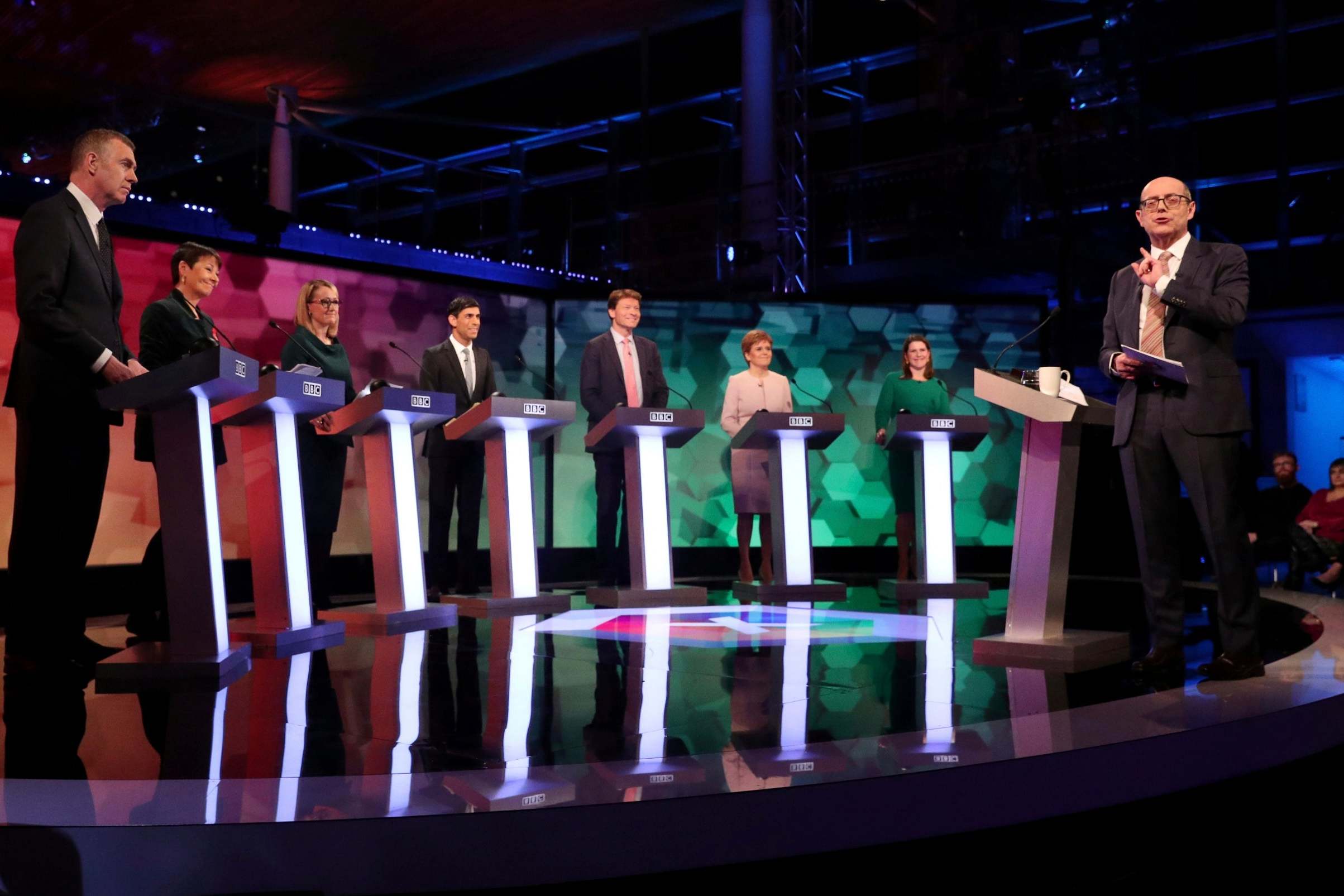 Nick Robinson is set to host the final head-to-head debate between Boris Johnson and Jeremy Corbyn on the BBC.

The journalist will preside over the leaders debate at 8.30pm this evening, the last one ahead of the general election on December 12.

Tonight’s election set piece is the pair’s second head-to-head of the election campaign after 6.7 million watched them row on ITV last month.

According to a snap poll, Mr Johnson narrowly won that battle by 51 percent to Mr Corbyn’s 49. With Mr Robinson set to host the final debate, here’s what you need to know about him.

Who is Nick Robinson?

Born in Macclesfield, Cheshire in October 1963, Mr Robinson was educated at the independent Cheadle Hulme School in Stockport as a youngster.

Interested in political journalism from a young age, Mr Robinson gained a place at the University of Oxford to read philosophy, politics and economics.

But tragedy befell the budding political journalist before he could take up his university place. The 18-year-old was on holiday in northern France with three friends when he was involved in a head-on car crash which killed his companions, James Nelson and Will Redhead, son of former Radio 4 Today presenter Brian Redhead.

Mr Robinson, who was in the back seat, suffered severe burns and nearly died in the collision. While Mr Robinson had already decided to go into journalism by that point, he redoubled his efforts after the tragedy with Mr Redhead, who died in 1994, a constant support in his efforts to become a journalist.

The 53-year-old later said of his friendship with Will: “When I walked past his house to get the train home, I’d often go in for my glass of milk and slice of chocolate cake and Brian was often there.

“He talked to kids like they were grown-ups. I grew up thinking, ‘I’d like your job, please’. I was obsessed with politics.”

All you need to know about the 2019 General Election


At university, Mr Robinson rose through the Young Conservatives to become national chairman, before starting as a trainee producer at the BBC in 1986 where he worked on shows such as Newsround and Crimewatch.

In 1996, he became a political correspondent before becoming BBC News 24’s chief political reporter. He left to join ITN in 2002 before returning to the BBC three years later where he replaced Andrew Marr as political editor.

The journalist spent a decade fronting the BBC’s political coverage before landing a gig hosting the Today Show on Radio 4 in 2015, replacing veteran Jim Naughtie.

When the news was announced he said: “As a child it was the sound not just of the latest news and the sharpest comment but also of my best friend’s dad, Brian Redhead, who inspired my love of radio. Brian relished the opportunity to ‘drop a word in the nation’s ear’.”

In early 2015 Mr Robinson underwent chemotherapy after surgery to remove a tumour on his lung, an operation which was said to have been a “complete success”.

The veteran presenter has faced criticism in the past for reporting with an alleged pro-Conservative bias, and in 2010 was criticised for ripping up and stamping on an anti-war protestor’s sign during a broadcast from Westminster. He also sparked an impartiality row in 2017 when he appeared to criticise Mr Corbyn during a campaign speech.

READ  Nicola Sturgeon points to 'growing urgency' for Scottish independence
Share on FacebookShare on TwitterShare on PinterestShare on Reddit
newsgrooveDecember 6, 2019