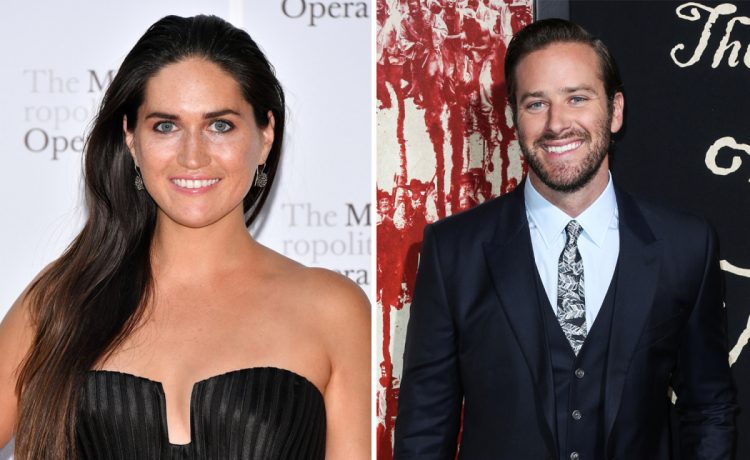 The pair were spotted eating at a West Hollywood restaurant shortly after his divorce from Elizabeth Chambers.

Who is Jessica Ciencin Henriquez?

Jessica Ciencin Henriquez, 30, is a Colombian-American writer and editor based in New York City.

Ciencin Henriquez has been featured in the New York Times’ Modern Love column, and publications such as: Self Magazine, Cosmopolitan, Teen Vogue, Time, and Parents.

Her essays have also been featured in Oprah’s Little Guide to The Big Questions.

She attended Columbia University where she obtained a Master’s of Fine Arts degree.

In addition to having her essays published, Ciencin Henriquez is also the author of the forthcoming memoir: If You Loved Me You Would Know.

When did she date Armie Hammer?

Ciencin Henriquez and Hammer were briefly linked in September of 2020 after being spotted dining out in Los Angeles.

However, their romance was short-lived as Ciencin Henriquez commented on their relationship to People magazine saying: “He seems like a very sweet guy, but he reminded me a bit too much of someone else.”

In light of Hammer’s alleged Twitter DM’s that have been surfacing online, Ciencin Henriquez claimed the disturbing sex texts are real.

Jessica also revealed that a month after her restaurant date with Hammer that she had blocked him on Instagram.

What did she say about Armie Hammer’s texts?

She tweeted: “If you are still questioning whether or not those Armie Hammer DMs are real (and they are) maybe you should start questioning why we live in a culture willing to give abusers the benefit of the doubt instead of victims.”

“It takes an army to hide a predator.”Behind every abuser is a team of people working hard to cover up the trail,” she went on.

Who was Jessica Ciencin Henriquez married to?

The pair had one child together, Noah Rev, 7.

Back in May, she accused Lucas of cheating on her after they had supposedly reconciled.

Lucas and Ciencin Henriquez got married in March 2012 and have been on and off since Jessica filed for divorce in January 2014.

A source close to Lucas denied the two had gotten back together at all.

They told People: “They haven’t been together in a long time. They are co-parents and have been doing so since their split in 2014.

“They’re in California now but live separately. They weren’t trying to reconcile.”

Last year, they moved to Bali with Noah so their son could attend a special environmentally conscious school.

She previously revealed that co-parenting “sucks” and that Lucas is the person who “brings her the most pain.”

She said in an essay for Time magazine in 2018: ” I’ll say the thing that no one else wants to say: Co-parenting sucks.

She added: “We tried really hard to be the world’s friendliest exes and in photos it was believable, but in reality we were actually two people desperately clinging onto the fantasy of what we thought our family could look like.”