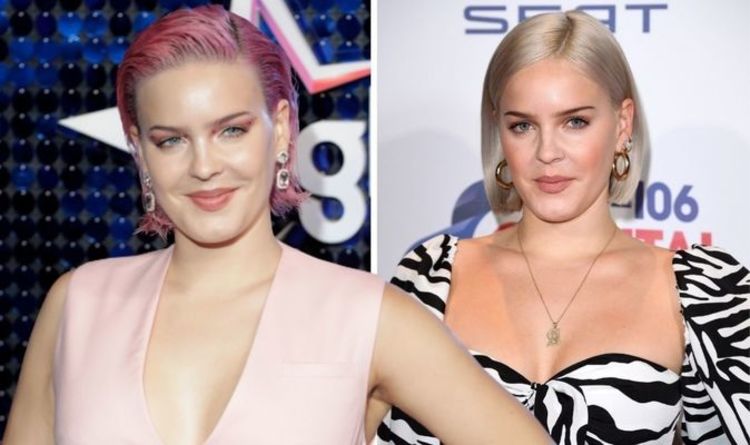 Anne-Marie is the latest singer to join the judging panel on The Voice UK. During her career, Anne-Marie has released hits including 2002, Rockabye and Ciao Adios. But what is known of the singer’s life away from the spotlight?

Anne-Marie is a singer-songwriter who started her career in showbiz as a child.

At just six-years-old Anne-Marrie appeared in the West End production of Les Misérables.

She later appeared alongside fellow pop star Jessie J in Whistle Down the Wind when she was 12.

READ MORE
The Voice UK: Tom Jones’ regret as no one turns around for contestant

“I might be the only girl, but I’m going to keep those boys in line.”

Anne-Marie has since spoken of how she will be an “honest” judge on the show.

She explained on BBC Radio 5 Live: “I am going to be really honest, but I’m going to be making sure they are alright too.

“I mean, in this industry, you do get mugged off quite a lot.

“I did say this to the crew, if I was to do it, I want to be majorly involved in the mental health side of things and be involved in the contestants, that whole part of it.”

The Voice UK will air tonight on ITV at 8.30pm.

READ  Beverley Knight husband: Singer 'just knew' James was 'The One' the moment they met
Share on FacebookShare on TwitterShare on PinterestShare on Reddit
newsgrooveJanuary 9, 2021