NewsGroove Uk
NewsGroove Uk > Politics > Who could replace Boris Johnson now he has resigned? From Sajid Javid to Penny Mordaunt: All the runners revealed
Politics

Who could replace Boris Johnson now he has resigned? From Sajid Javid to Penny Mordaunt: All the runners revealed


BORIS Johnson’s would-be successors are lining up for battle after the Prime Minister said he would quit.

Mr Johnson has stepped down after facing one of the biggest rebellions in British political history.

A race to replace him as Tory leader and British prime minister has now begun, although Mr Johnson says he will remain in his post until a new leader is appointed.

But Rishi Sunak revealed that he will also be running.

Big hitters like Nadhim Zahawi, Liz Truss and Grant Shapps have all announced they will be standing.

Sajid Javid and Jeremy Hunt are all expected to put themselves forward too. 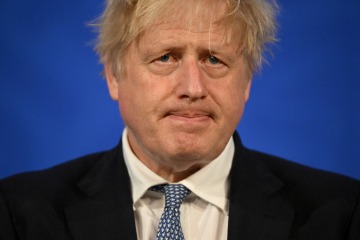 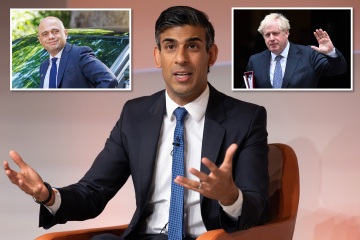 Mr Johnson left with a warning to his predecessor.

“In Westminster the herd instinct is powerful and when the herd moves, it moves,” he said.

“And, my friends in politics, no one is remotely indispensable.”

In second place was Ben Wallace, with 21.92 per cent, – although now he has pulled out of the race – while Ms Truss took the bronze with 14.49 per cent of the vote.

Mr Hunt, who has cast his hat into the ring against Boris before, received just 7.24 per cent.

Bookies are also taking bets on who could step in, with Mr Sunak also in the lead nationally.

Alex Apati of Ladbrokes said: “The Tory leadership race has been blown wide-open following Ben Wallace’s announcement, and while Rishi Sunak is a clear favourite to be one of the last two contenders, his challenger could likely be any one of up to seven names at this point.”

So what do Brits want to happen next?

BREXIT: Once a leader-in-waiting, the former Chancellor, 42, suffered a hit when his wife was revealed to hold non-dom status.

Party grassroots unhappy at the cost-of-living crisis but has public goodwill for Covid cash.

Ladbrokes revealed yesterday afternoon that 16.8 per cent of all bets placed so far are for Mr Sunak – the highest of any Tory in the race.

He officially threw his hat into the ring on Friday.

BREXIT: The 49-year-old trade minister and Navy reservist goes down a storm with Tory rank and file.

She’s currently second favourite to become the next PM.

But she annoyed colleagues by openly campaigning during Mr Johnson’s various political woes.

So far, 8.7 per cent of all bets placed have been for Ms Mordaunt.

REMAIN: Fiercely ambitious, social media-friendly Foreign Secretary, 46, would appeal to the party rank and file as a tax-cutting heir to Thatcher.

Now an advocate of Brexit despite voting Remain in referendum.

Previously quit as Chancellor in February 2020 over a furious row with Mr Johnson concerning his staff.

Mr Javid walked out on the Government after being offered the chance to stay in a Cabinet reshuffle – but only if he fired all of his advisers.

Catapulted into the Cabinet after ­successful stint as vaccines minister.

Back-story as Iraqi refugee who went from arriving without any English to running schools.

Polling shows he would be beaten by every other candidate in the last round.

Remainer would struggle to win over Brexiteers.

BREXIT: Mr Baker, who has previously described himself as the “hard man of Brexit”, runs the powerful the European Research Group (ERG).

He is a vocal critic of Mr Johnson, and called for him to step down in April this year. He was also deeply critical of Covid lockdowns.

He has already said he’d run on a platform to reverse plans to pay farmers to conserve the environment rather than produce food.

REMAIN: This backbench MP has never been a Government minister but has hinted at a bid to be Conservative leader.

The 48-year-old has a senior role as chair of the House of Commons Foreign Affairs Select Committee.

BREXIT: Attorney General Ms Braverman is still in her role, despite calling for the PM to quit and saying she will stand in the contest to replace him.

She was previously a huge ally of Mr Johnson’s, but said this week: “Circumstances have dramatically changed in the last 48 hours.”

BREXIT The culture secretary voted to leave the EU. 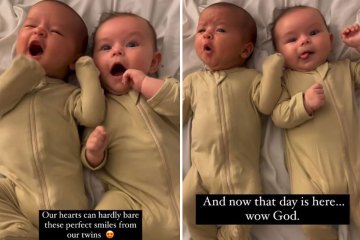 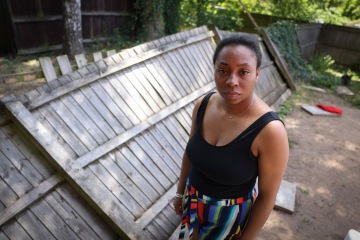 She has been a staunch supporter of Mr Johnson and has reportedly told friends she sees herself as a “continuation Boris” candidate and is “seriously thinking” about running.

The friend told Mail+: “Nadine is seriously considering throwing her hat in the ring, as she is passionate about Boris’s levelling up agenda, defending Brexit and fighting woke culture. She wants to keep Boris’s flame alive.”