NewsGroove Uk
NewsGroove Uk > Movies > Where Are Ben Solo and Anakin's Force Ghosts at the End of Star Wars 9?
Movies

Where Are Ben Solo and Anakin's Force Ghosts at the End of Star Wars 9? 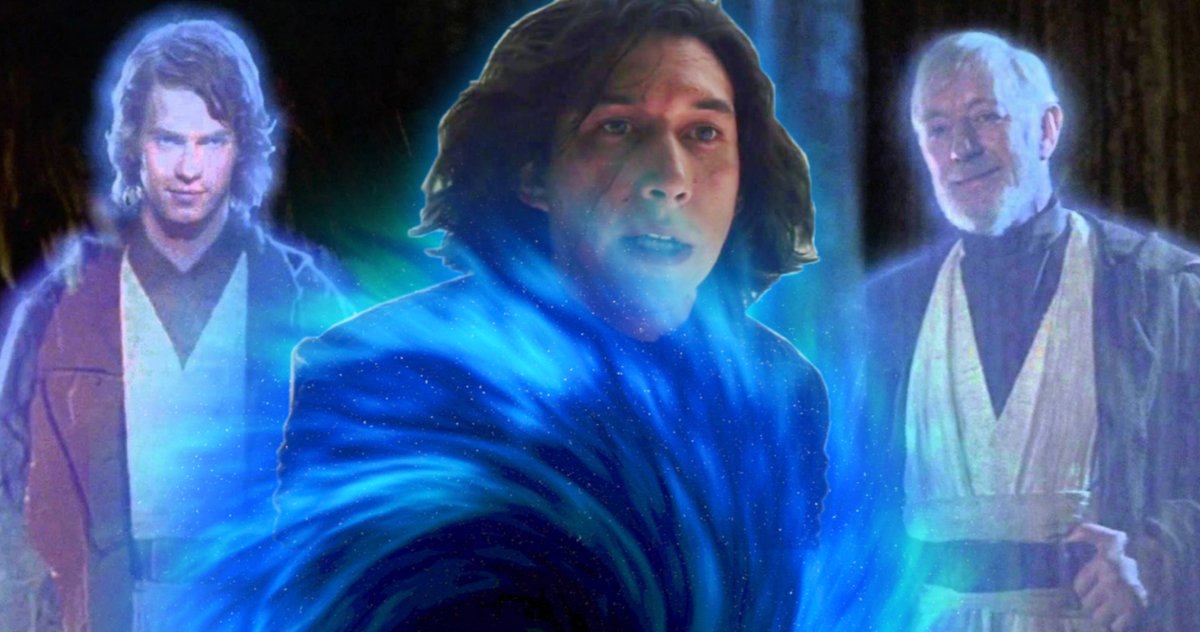 One of the writers of The Rise of Skywalker is here to explain the absence of a couple of important Force ghosts from the movie. We’re at the point where fans have had a chance to digest some of the major plot points in the final chapter of the Skywalker saga. Now, we can start getting into the nitty-gritty of it all and that’s exactly what writer Chris Terrio has been doing.

Warning: spoilers ahead for Star Wars: The Rise of Skywalker. The end of the movie sees Rey return to Luke’s childhood home on Tatooine, bringing the series full circle to where it all began. Before we get the final shot of Rey looking off into the distance at the twin suns, we see both Luke and Leia’s Force ghosts. For some, it felt a bit disappointing that Ben Solo and Anakin Skywalker didn’t appear, since they were the other major Skywalkers in the series. Chris Terrio, in addressing the decision he and director J.J. Abrams made in a recent interview, had this to say.

“We spent hours and hours talking about this and debating it, and we decided that the moment when the Jedi have to be there for Rey, when it dramatically counts, is when she hears their voices. So, seeing them all at the end would be a lovely grace note, but we thought that Rey seeing her two masters, two Skywalkers, was stronger. Rey was in the unique position of having been trained by two Skywalkers, which is what’s going on in the moment where she destroys the Emperor. It’s her, Luke and Leia standing together because she’s got the two Skywalker sabers in her hands.”

No matter where one falls on the spectrum, love it or hate it, this gets to the heart of the matter. Ending a nine-movie saga is no easy task. Ending any beloved anything isn’t easy. Just look at what happened with Game of Thrones. J.J. Abrams and Lucasfilm were in an unenviable position, especially when every decision such as this will be scrutinized for years to come. Speaking further, Chris Terrio elaborated on the choice.

“We absolutely discussed who would be there at the end. It’s not as though those Force ghosts will never appear to Rey now that she really is the first of the new Jedi. I think she has all of those Jedi behind her. J.J. was pretty clear about the idea that he didn’t want to take away from the moment of Leia finally appearing as a Force ghost and the twins finally being together.

This might be in the novelization, but we talked a lot about how Leia lost her home. Alderaan is gone. So, she could never take Luke to see where she grew up as a princess, but Luke could’ve taken Leia to see where he grew up as a farmer. But, the twins never got to Tatooine together (to visit Luke’s childhood farm). So, the idea of seeing the twins together after the sabers are laid to rest felt like it was something that was very moving to me and J.J.”

Kylo Ren came full circle and found his way back to being Ben Solo completing his redemption arc before he died helping Rey defeat Palpatine. With that, and given the nature of his relationship to Rey, it seems safe to assume the Force will bring them back together in one way or another down the line. As for Anakin Skywalker? We got to hear his voice during a key sequence, but we haven’t seen him in Force ghost form since the end of Return of the Jedi.

It’s highly unlikely we’ll ever see them on screen again, at least not anytime in the near future. But, as is hinted at here, Rey will probably see them in her future journeys beyond the events of Episode IX, whatever they may be. This news comes to us via The Hollywood Reporter.