Where are all the truly chaotic celebrities these days? 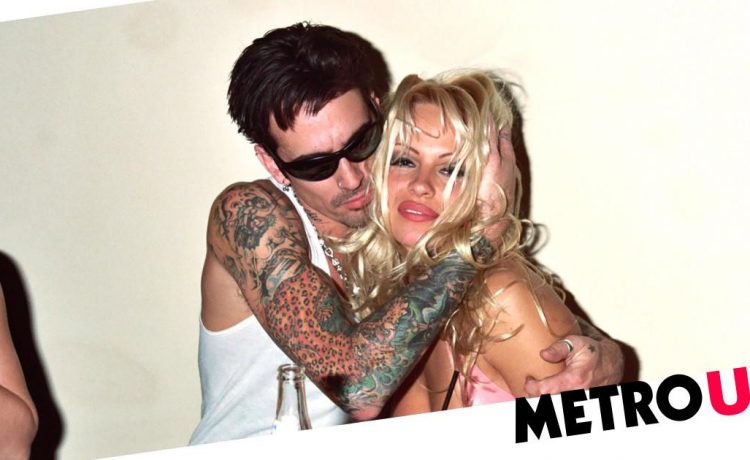 Lily James’s upcoming Pam and Tommy series has so far taught me two things: it’s freakish how great hair and make-up is these days, and that there are so few haywire celebrities today.

From their marriage mere moments after they met (96 hours, for those who want a counter) to the in-your-face levels of PDA, I can’t put a name on any celebrity who has captured the zeigeist with such few f**ks to give since. We had Kimye, sure, but let’s not pretend every public appearance wasn’t preened to publicity-pleasing perfection.

Pamela and Tommy’s tale is so intriguing it’s being made into a series with Lily playing Pam and Sebastian Stan as Tommy.

But reliving their tumultuous marriage through the various photos of Lily looking the absolute twin of 90s Pam has got me thinking about which stars exist now who are as deserving of a spicy retelling of their life on the screen.

This is where I note that while I love the harmless chaos, I’m not at all celebrating the domestic violence of which Tommy was sentenced to six months in prison over. I’m not encouraging anything illegal in my quest for some zesty celebrities. Chaos doesn’t equal offensive or illegal, in my books. A star being arrested for drink driving – not something I’m calling more of. Winona Ryder shoplifting? No. Britney Spears and Madonna’s kiss at the VMA’s? Yes. Courtney Love? Double yes.

In fawning over this period of celebrity, Courtney is front of mind once more after she recently stood up for Pamela. The Hole frontwoman is, fight me on this, the epitome of chaos. But I can’t think of anyone who can hold a candle to her without it being some manipulated and contrived effort.

Remember that time she gate-crashed Madonna’s interview for the MTV VMAs, throwing her make-up over the balcony as Mads conducted an interview? *chef’s kiss*

Even the 00s provided the goods. Think Kate Moss smoking upside down out a window as Pete Doherty serenades her. Iconic. Fabulous. Extinct.

Lily James, who is playing Pammy, went some of the way to courting the kind of chaos I enjoy (and you do, too, don’t deny it) after she was papped in Rome with co-star Dominic West. How can we forget that letter penned by Dom and his wife, as they insisted their marriage was fine, totally fine, it’s grand, they’re fine, guys.

Well, I want more of that. MORE! The way it got us chatting proves we crave the controversial and pearl-clutching. Taika Waititi cosying up with Rita Ora AND Tessa Thompson last week was but a mere dollop of the kind of attitude I revere in my famous people who have way too much money to know what to do with so the only avenue is to go a little wild.

Some stars ‘play the game’ and others take the game and have some fun – both are totally welcome in this weird world of celebrity but if you’ve not yet noticed, it’s the gamers I want more of. Maybe it’s why I love Katie Price so much.

We’ve gone on about the chaotic celebrity relationship – spurred by Kourtney Kardashian and Travis Barker who are most definitely filling the void I so sorely crave for stars to rid themselves of self-censure.

Are they our Pam and Tommy 2.0? Why do stars not spill out of nightclubs anymore? We still are (well, we were before they all closed). Where are our Gallagher brothers? Who is crashing the stage not because they have some massive political statement to make, a la Kanye West, but because they just love to cause a ruckus?

Stars these days may call the paps but they don’t play up for the cameras like the old school did and if you compile a list of the most controversial celebrity moments of today, you’ll probably just end up with that god-forsaken Imagine video and not much else. And that, my friends, is not controversial. Just annoying.

Granted, social media has ruined the spontaneity as messages are so strictly combed through for any hint of cancellation-stoking rhetoric, no matter how harmless the content may be. Chris Evans aside.

So many people strive for fame – be it via TikTok, Instagram or reality TV that pumps stars out in the Simon Cowell-loads – that once they achieve it the line is toed as to not lose said fame through getting drunk at the Brits or snogging their brother on the Oscars red carpet.

I’m not saying so many of today’s stars aren’t being authentic – if anything social media has helped in that way – but what I wouldn’t give for another Oasis, with Liam and Noel shooting their mouth off on stage, the sweet hit of cringe and awkward rolled into a bowl cut and a pair of tinted sunnies.

Where are the stars who love to make a scene because, well, what else is there to do? This industry is arguably bizarre and the idea of celebrities, in general, is just baffling. These people get paid obscene amounts of money for being famous – they surely can’t tell me 90% of what they do isn’t wildly boresome and they don’t have the smallest urge to set a cat among the pigeons to liven up the scene?

Sadly, while I may go on about how I miss this mess era (that, being 30, I never truly got to enjoy at the time, if I’m being honest) money is the reason we’ll never see celebrities step out of line with even a perfectly painted pinky.

At the mere thought of a star being eyebrow-raising on a red carpet, endorsements would be wiped immediately, film producers would pick a ‘safe’ option to save on the insurance and publications wouldn’t even bother with interviews to promote their projects because they’re so stretched on resources they can’t risk pissing off an advertiser and/or having an empty page from a scrapped chat because the talent was too drunk to show up.

Thus we continue to live in a world devoid of modern-day Pam and Tommys and, frankly, we’re all the worse off for it.


MORE : The best and worst celebrity biopic castings, from Harry and Meghan to Pam and Tommy


MORE : Lily James steps out as Pamela Anderson in blue velour trackies and we’re still not over the transformation