NewsGroove Uk
NewsGroove Uk > Video game > What’s the Inspiration For a Video Game Where You Can Play as a Poop? – Hollywood Reporter
Video game

What’s the Inspiration For a Video Game Where You Can Play as a Poop? – Hollywood Reporter 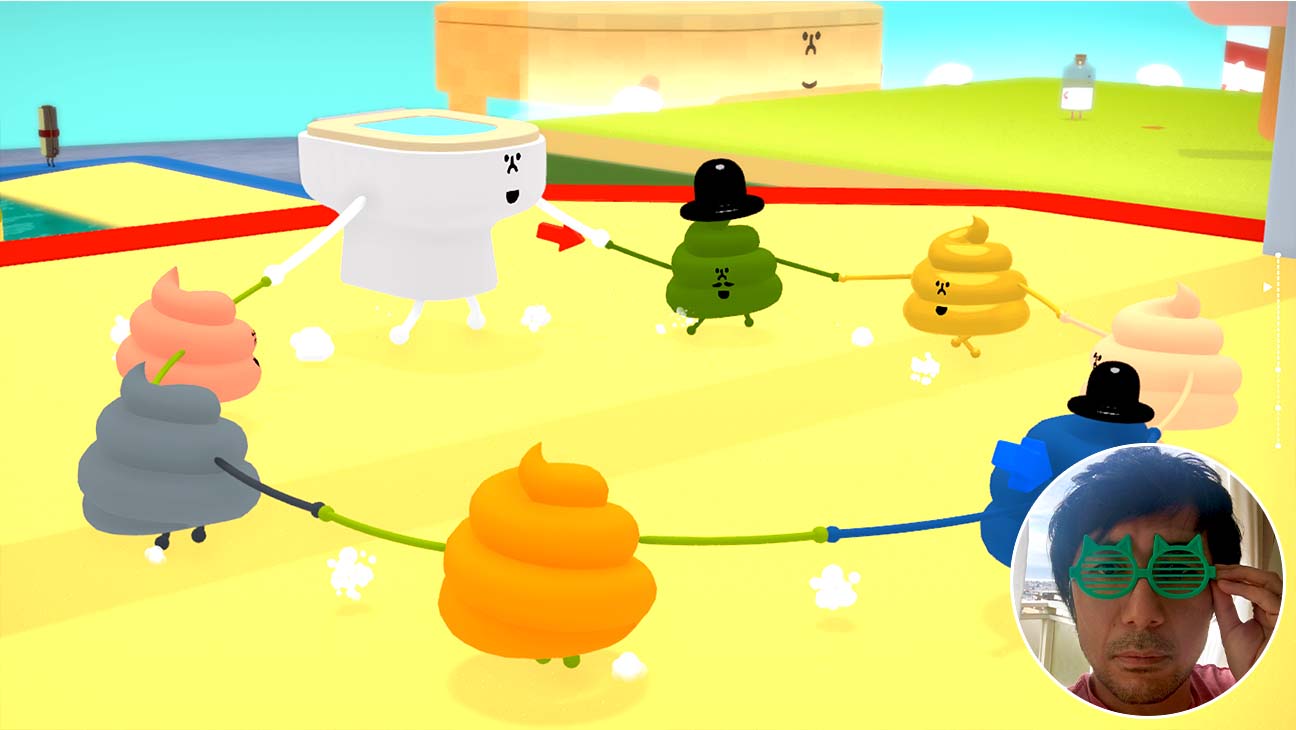 The idea came to Takahashi while he was living in Vancouver. “I saw so many other races — Chinese, African, European, Indian — they speak English and work together in businesses or hobbies,” he tells THR, adding that he found it impressive, as a Japanese person. “So many people work together and try to make a nice thing. At the same time, we have fights and war in this world — that comes from different perspectives, religions, gender [et cetera]. That’s kind of sad.”

On the other side of that, Takahashi recognizes the risk of becoming dull if everything and everyone were the same. “That’s going to be a super boring world,” he says. “Differences make our culture so deep.”

The game is not necessarily about differences or togetherness though, either. “I’m not sure if Wattam is about friendship. I don’t have so many friends. I’m not [myself] such a friendly person,” he says. “But I know that relationships with other people are so important. We cannot be alone. We have to work together to solve the issue.” As a nod to Wattam, he adds, “Playing a game with a friend is more fun than playing alone.”

Opening up further about himself, Takahashi says that video games are not a big part of his life. “I stopped playing them… I don’t know when,” he says. “After I graduated arts school, I joined video game company Namco in Japan. At that time I didn’t have a PS2, or any console games.”

In response to THR’s query about what drives him to create adventures in video games, Takahashi says, “This is the only thing I can do right now.” He later adds, “Making them is fun. I see homeless people on the street, but I get money from making video games, which is an unnecessary thing. But I still make video games because I have a family and I need the money.”

Perhaps a startling revelation from the man who created a gaming icon in 2004’s Katamari Damacy, Takahashi goes on to clarify, “I still like making something, so I have many contradictions in my mind. I don’t know about a passion [for video games].”

Thinking back to Wattam, Takahashi says of the whimsical tone, “Other games are so serious and violent. I kind of understand [other games], but it’s not so fun. A video game can do anything, not only shooting and beating the enemy.”

There are no human characters in Wattam, which Takahashi explains is deliberate. “I like objects more than human beings,” he says. “I like the nice designed fork, spoon, plates.” He then shares that he feels sad when people throw away items that are still usable. “My parents told me that every object has life,” he says. “That’s the basic perspective of Wattam.”

The decision to use only objects is also due to the limitations of the physics engine. “It couldn’t handle complicated shapes,” he says, adding that he likes simple shapes, anyway, so the restriction worked in his favor.

While most creators exhibit a mix of excitement and nerves over the release of their games, Takahashi explains that he feels only the latter. He emphasizes multiple times that he wants people to play the game, adding, “I’m not excited, I’m still nervous.”