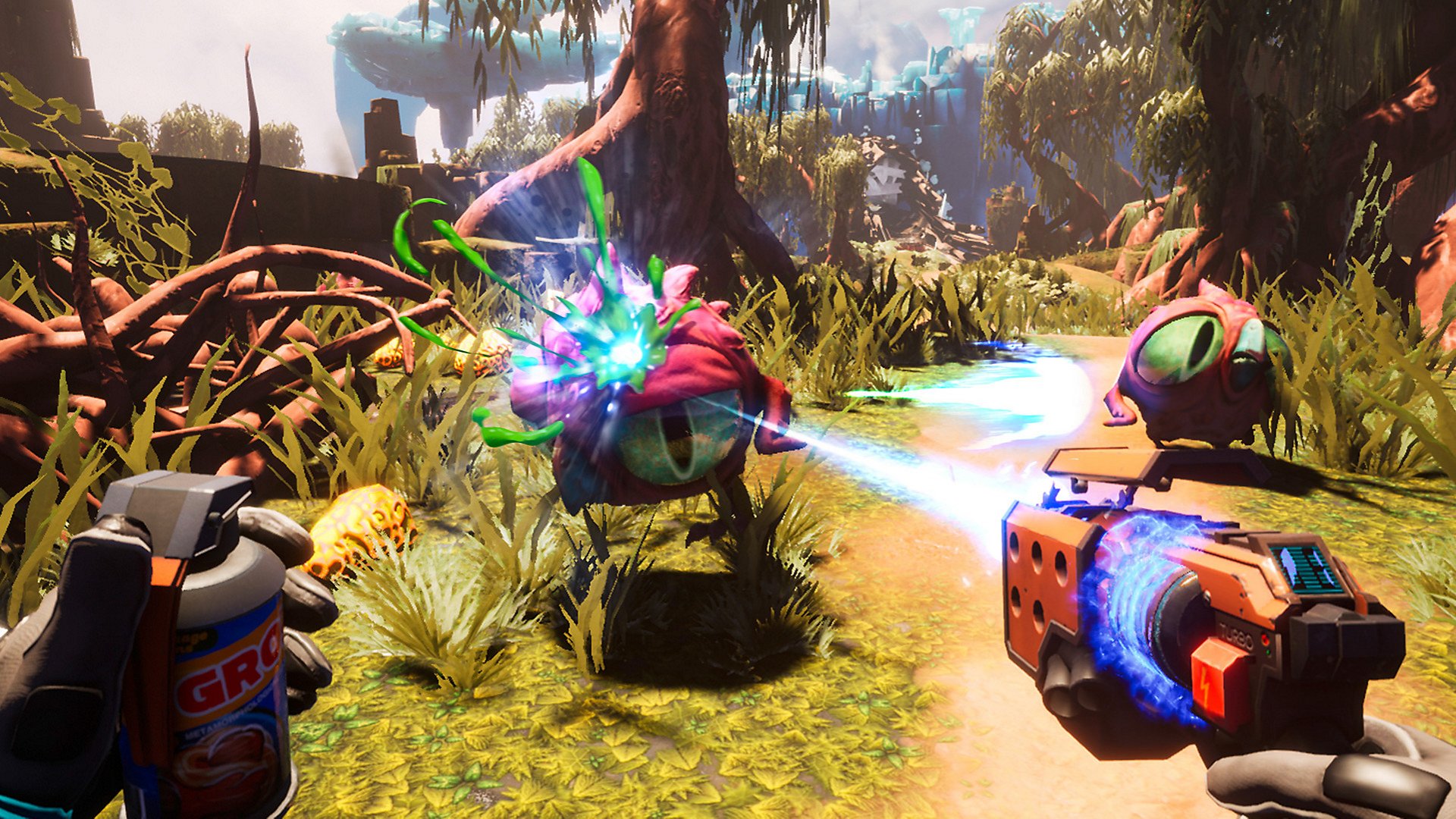 Journey to the Savage Planet lets you interact with alien creatures on a colorful world.

A new year is almost here, and with the arrival of January 2020 comes a bunch of new games. This month, we can look forward to the teen-friendly Journey to the Savage Planet, as well as Moons of Madness, a horror game that’s appropriate for adults.

Journey to the Savage Planet
Rated T
Appropriate for: Teens who like collecting things

Journey to the Savage Planet is described as an “upbeat first-person adventure game” (first-person means the game is played looking through the eyes of the main character). It takes players to a fictional uncharted planet, where they’ll be tasked with cataloging the planet’s unique plants and animals to determine if the planet is suitable for humans to live on. Journey to the Savage Planet is rated T for Teen by the ESRB, with content descriptors for “Blood and Gore,” “Crude Humor,” “Language,” “Use of Drugs,” and “Violence.” Check out the ESRB’s website for an in-depth rating summary, which includes gameplay details that explain why these content descriptors are appropriate.

Rather than being a standalone game, Kingdom Hearts 3: Re Mind is downloadable content (DLC) for Kingdom Hearts 3, which launched last year. The DLC features over a dozen boss battles, a “Secret episode,” and more. Kingdom Hearts 3 follows a young boy named Sora, who teams up with Donald Duck and Goofy on an adventure that takes them to multiple worlds, many of which are themed after Disney and Pixar films, such as Monsters, Inc. and Tangled. You need to own Kingdom Hearts 3 to be able to play this Re Mind DLC. For more information about Kingdom Hearts 3, head over to our review.

READ  Videogame composer, Rika Muranaka, will be on site at the Mondo Booth at San Diego Comic-Con 12 PM on 7/19 to sign the exclusive SDCC vinyl release of the METAL GEAR SOLID – Original Videogame Soundtrack. - Gamasutra

Moons of Madness is a horror game for adults that takes place on Mars. After a signal is detected to be coming from Mars, a base is constructed on the red planet to investigate it. The game places you in the shoes of an engineer at the base, who has no knowledge of the signal. You’ll be challenged to explore the base and survive as “[y]ou begin seeing and hearing things that aren’t there.” Moons of Madness is rated M for Mature by the ESRB, meaning it contains content that’s been deemed inappropriate for players under 17. The game has content descriptors for “Blood,” “Strong Language,” and “Violence.”

Try These Games Instead: Hello Neighbor, Little Nightmares, Among the Sleep

Notable kid- and teen-friendly titles are in bold.

Release dates can change at any time.

Regions of Ruin, Xbox One

To the Moon, Switch

Moons of Madness, PlayStation 4, Xbox One

It came from space, and ate our brains, Switch

Journey to the Savage Planet, PlayStation 4, Xbox One, PC