Adele fans will have their eyes glued to their TV screens tonight as An Audience with Adele hits our screens.

The superstar released her new album, 30, following a six-year hiatus on November 19 and has wowed fans with her new tunes.

Following her return to the music world, Adele sat down with Oprah to speak about both her career and her personal life.

The special show will include the interview as well as a one-off concert where the singer performs her new songs as well as some of her classics.

The Grammy Award-winning, London-born superstar wowed audiences with a one-off concert recorded at the London Palladium.

What time is An Audience with Adele and where can you watch?

An Audience with Adele will be shown at 7.25pm this evening on STV.

The show will then be available on the STV later this evening for those who miss it.

Is An Audience with Adele broadcast live?

An Audience with Adele is not live and was pre-recorded at the Palladium earlier this month.

Who is in the audience for An Audience with Adele?

The concert was an exclusive invitation-only concert .

The crowd was make up of famous faces including Emma Watson, Stormzy, Samuel L Jackson and Alan Carr.

Lots of Adele’s friends and family were also in the audience as well as her own personal heroes and heroines, fellow musicians, artists, actors, sportsmen, sportswomen and more. 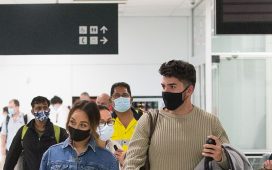