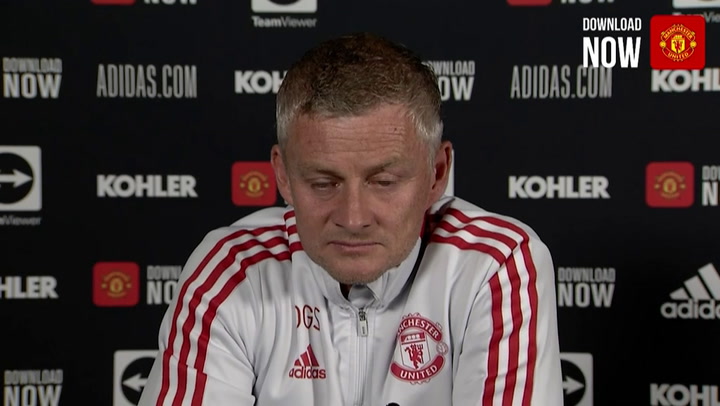 Ole Gunnar Solskjaer has provided an insight into the mood of the Manchester United dressing room following their defeat to Young Boys.

It was a hugely disappointing start to United’s Champions League campaign as they conceded a stoppage-time goal to the Swiss side as it finished 2-1 to the hosts.

It was all going to plan after Cristiano Ronaldo opened the scoring with an instinctive finish from an exquisite Bruno Fernandes cross, but it all changed when Aaron Wan-Bissaka was handed a red card after a late challenge.

Young Boys took the initiative from that point on as Moumi Ngamaleu scored an equaliser before they were eventually rewarded for their dominance as Jordan Siebatcheu sealed the three points with a dramatic winner in injury time after a Jesse Lingard error.

And as you would expect, the atmosphere inside the changing room at full time was pretty bleak.

Solskjaer says the players were a little despondent, but the next day they were focused to put it behind them as they know there is still a long way to go in the group.

He said: “Of course you wait to see when you see them this morning when you come back in. The attitude is like you expect it to.

“They’re focused of course, a little bit disappointed but not too downbeat we know it’s a setback and we have to do better and we’ve got five games to get 10 to 12 points we need. Not the start we wanted but we’re a good team that can bounce back again and the group is very good.”

Lingard held his hands up after he played a slack back pass to David de Gea which resulted in Young Boys’ late winner.

He said on Instagram : “Last night hurt. Every time I pull on the United shirt, I hope people understand what it means to me. I always go out wanting to do the best for the club, the team and especially the fans.

“I’m upset for my part in the defeat. I never want to lose any game but mistakes happen in football and we now push on together. We will all pick ourselves up and I can’t wait for Sunday.”

Lingard’s teammates have given their support to him following the post.

Bruno Fernandes said: “We lose together and we win together.”

Paul Pogba added: “The true measure of success it’s how many time you can bounce back from failure .. we strong, bro.”

Diogo Dalot, who replaced Jadon Sancho after Wan-Bissaka’s red, said: “Always with you. We win and lose together.”