NewsGroove Uk
NewsGroove Uk > Politics > What is The Queen’s Privy Council, what does it do and can they suspend Parliament?
Politics

What is The Queen’s Privy Council, what does it do and can they suspend Parliament?

FOLLOWING Boris Johnson’s decision to “shut down” Parliament until just days before the UK’s exit from the EU on October 31, the press is abuzz with lots of new political jargon like “prorogation” and “Privy Council”.

Read on to find out everything we know about the Privy Council.

What is the Queen’s Privy Council?

Her Majesty’s Most Honourable Privy Council is a formal body of advisers who serve the sovereign of the UK, in the current case – the Queen.

What does the Privy Council do?

The role of the Privy Council is to advise the Queen on the exercises of Royal Prerogative, which is essentially the Queen’s overall authority afforded to her by her royal status.

The council has the power to enact Acts of Parliament, this is done through Orders of Council.

They can also advise the sovereign on the issuing of Royal Charters, which are used to grant special status to incorporated bodies, and city or borough status to local authorities.

However, the majority of the Privy Council’s powers have been taken over by the Cabinet.

Can the Privy Council suspend Parliament?

Only the Queen can prorogue Parliament, as only a monarch can announce the proroguing of Parliament – so the government must ask the Queen’s permission to do so.

The Queen has accepted Prime Minister Boris Johnson’s request after meeting the Privy Council at Balmoral.

While the Queen’s decision is a boost for Boris it would have been unprecedented for her to refuse the request of a sitting PM.

Who is in the Privy Council right now?

The Privy Council currently has a 700-strong membership, composed mostly of politicians and civil servants.

Parliament summer recess 2019 – when does it end and what do MPs do?

Is No Deal Brexit still a possibility for the UK leaving the EU? Latest news

Remainers backing Jeremy Corbyn should be careful what they wish for

When is Brexit? Key dates in 2019 as UK prepares exit from the EU

When is the next UK General Election and will there be a vote before Brexit?

UK General Election odds 2019 – what’s the latest from the bookies?

Membership is for life, so even if a politician retires, they are still a member of the Privy Council. 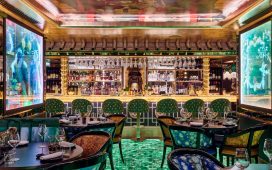