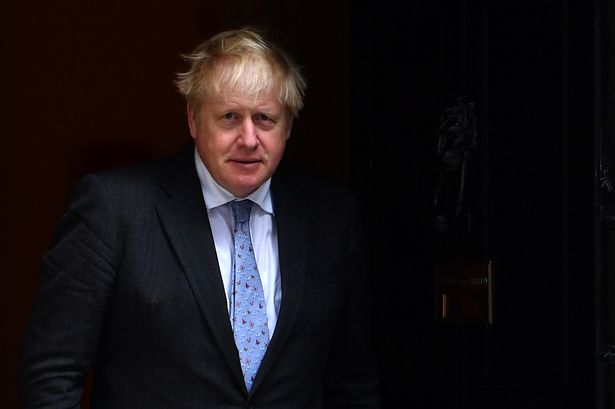 Boris Johnson has been accused of trying to create a “punch up” with the EU with his plans to rip up post-Brexit trade rules for Northern Ireland.

They suggested that other ministers would then use the row to show “a bit of leg and a bit of muscle” to further their own leadership ambitions.

The PM is set to publish legislation next week provoking a fresh row with Tory MPs and Brussels over plans to unilaterally overwrite his Brexit deal.

Tory whips have warned Mr Johnson, who narrowly survived a confidence vote this week, that MPs will fight the passage of the bill through Parliament.

Irish PM Micheal Martin warned that unilateral UK action over the protocol would be “deeply damaging” and mark a “historic low point” in relations.

Northern Ireland committee chairman Simon Hoare warned the protocol row was being used to spark a “punch up” with the European Union.

He suggested it was deployed as “red meat, dead cats, play-things, distractions either to salve the appetites of the [pro-Brexit] ERG, shore up the robustness of the Prime Minister or get editorial red tops on side”.

The Tory MP, a fierce critic of the plans, also said other ministers would use the issue to show “a bit of leg and a bit of muscle” in the race to succeed the PM.

The Government intends to use domestic law to override aspects of the post-Brexit arrangements governing Irish Sea trade, which were jointly agreed by the UK and EU as part of the Withdrawal Agreement.

But senior Tory figures have warned that the move could fail to restore power-sharing in the region.

The hardline DUP, which refused to join the executive after elections in May, has warned it will not necessarily begin the process of rejoining if the new legislation is published.

Here’s what you need to know about the row – and why it matters.

What is the Northern Ireland Protocol?

The Northern Ireland Protocol is part of the Brexit deal Boris Johnson signed to take us out of the EU in January 2020.

It governs how businesses trade between Great Britain and Northern Ireland, now we’ve left the bloc.

Northern Ireland is the only part of the UK that has a border with an EU country – the Republic of Ireland.

Thanks to the Troubles legacy, we had to avoid that 310-mile land border going “hard” – with checks and control posts.

But in exchange for this, Northern Ireland had to be put under some EU rules instead. This is to avoid UK goods entering the EU unchecked via the “back door”.

It means some sensitive goods moving across the Irish Sea from Britain – like meat and eggs – get checked under EU rules.

Checks apply not just to goods ending up in the Republic, but also those that COULD cross over later on.

How does the Northern Ireland Protocol work right now?

Under the Protocol, customs declarations are needed on all goods moving West from Great Britain to Northern Ireland.

On top of this, some meat and other animal products moving GB-NI also need extra paperwork – and some physical checks – to meet strict EU standards.

And if the Protocol was fully applied (which it isn’t), some chilled meat preparations like sausages would be banned completely from moving from GB to NI.

There are certain ‘grace periods’ that the UK extended unilaterally. These prevent things like the sausage ban, and checks on food destined for Northern Irish supermarkets.

How does Boris Johnson plan to change the Northern Ireland Protocol?

Boris Johnson will propose major changes to the Protocol, essentially tearing up the deal he signed back in 2020.

This will happen through a Bill in Parliament which has the “explicit power” to revise the Protocol – without EU agreement.

When traders move goods from Britain to Northern Ireland, they’d decide which channel their goods belong in.

Goods staying in Northern Ireland would go in the Green Channel and goods moving on to the Republic go in the Red Channel.

It’s not yet clear exactly what paperwork would be axed for Green Channel goods – e.g. customs declarations, meat checks, or everything.

But there would be data-sharing with the EU via a Trusted Trader Scheme to assure Brussels the rules are being followed.

The UK adds there would be “robust penalties for those who seek to abuse the system” – though No10 can’t clarify what.

No10 insists this system will allow UK politicians to decide on tax and spend policies across the whole of the UK.

And when putting goods on shelves in Northern Ireland, businesses will be able to choose whether they follow UK, or EU rules.

It will also affect measures on VAT, subsidy control and governance – though officials have not ruled out a continuing role for the European Court of Justice, which would enrage many Tory MPs.

When will the changes be made?

More detail will only be published on a Bill “in the coming weeks” and No10 said it could be withdrawn if the issue is solved.

Boris Johnson said the Bill is an “insurance policy” – in other words, it’s being used as a threat to persuade the EU to change position.

But the government insists that, if the issues with the EU are not solved, it will publish a Bill before the end of July at the latest.

Is the UK breaking international law?

It depends who you ask. Foreign Secretary Liz Truss said: “We are very clear this is legal in international law, and we’ll be setting out our legal position in due course”.

She added: “This is not about scrapping the Protocol – our aim is to deliver on the Protocol’s objectives”.

But ultimately the UK is drawing up a plan to override the Protocol – which is an international legal agreement.

And officials have been unable to explain clearly why this follows international law, saying legal advice is private.

Labour ’s Stephen Doughty urged ministers to ”set out clearly to the House why this doesn’t break international law”.

MPs ooohed as Tory Northern Ireland Committee chairman Simon Hoare demanded reassurances that the “rule of law” will be honoured.

What is the problem with the Protocol?

Unionists say a border down the Irish Sea threatens the unity of the UK.

It also adds real burdens to firms. A July 2021 paper from the UK government complained it’s causing “significant disruption to longstanding trade” in the Irish Sea.

It’s been blamed for riots, menacing graffiti, threats to port staff and a breakdown in community relations.

Brexit Opportunities Minister Jacob Rees-Mogg accused the EU of trying to punish the UK for Brexit, saying: “I think it wants to make the UK feel bad about having left.”

M&S chairman Archie Norman said: “At the moment wagons arriving in the Republic of Ireland have to carry 700 pages of documentation, it takes eight hours to prepare the documentation.

“Some of the descriptors particularly of animal product have to be written in Latin, it has to be in a certain typeface.”

Food prices could rocket by 10% this year for struggling Brits, M&S chief warns
UK announces bombshell plan to tear up Boris Johnson’s Brexit deal – but not yet

When did the UK leave the EU – and when did Brexit officially happen?

A transition period kept up EU rules until 31 December 2020, and the Northern Ireland protocol then kicked in after that (minus a few grace periods, as above).

Separately, Boris Johnson agreed a trade deal with the EU that made sure there were no tariffs on UK-EU trade from 1 January 2021.

Why is it a big issue now (again)?

The Northern Ireland issue has been rumbling on for six years since the UK voted for Brexit.

Theresa May failed to solve it, and Boris Johnson ‘got it done’ by signing a deal which he now accepts doesn’t work.

Talks have been going back and forth with the EU the whole time, and intensified after the UK asked to revise the protocol last July.

The difference now is that power-sharing collapsed in February, and the Northern Ireland Assembly is in deadlock after the May 5 elections.

Nationalists Sinn Fein became the largest party for the first time with 27 seats, followed by the Unionist DUP on 25 seats.

That would mean Sinn Fein provides the First Minister, and the DUP the deputy. But the DUP have refused to do this due to the Protocol.

The DUP has also blocked the election of a Speaker at Stormont, leaving the Northern Ireland Assembly unable to function.

Will there be a trade war with the EU?

The EU has vowed to respond if the UK suspends parts of the Northern Ireland Protocol.

There are fears it will mean slapping tariffs on some exports from the UK to the EU. These exports are currently tariff-free under the separate Brexit trade deal.

The crucial thing is whether the UK responds with tariffs on EU goods arriving in the UK. This could cause escalation and a trade war.

Brexit Opportunities Minister Jacob Rees-Mogg has suggested this won’t happen, saying: “Tit for tat economics of that kind is the economics of the school ground.”