NewsGroove Uk
NewsGroove Uk > Travel > What is the Elizabeth Line route and where is it on the Tube map?
Travel

What is the Elizabeth Line route and where is it on the Tube map?


TRANSPORT FOR LONDON looks at opening the new Elizabeth line in May 2022, which will connect Essex and Reading to London.

This is the latest information on the new TfL line.

What is the Elizabeth Line route?

The Elizabeth Line is a new tube route which will connect Essex and Reading to London, named after Her Majesty.

The purple line is the second to be named after the Queen after the Jubilee Line gained its name in 1977 to celebrate 25 years of Her Majesty on the throne.

It is hoped that once the line starts running, on the expected date of May 24, the Queen will also be involved.

TFL said that for the initial stages of operating, the line will not run on Sundays “to allow a series of testing and software updates,” while it will run a special service during the Platinum Jubilee weekend.

It is expected to minimise the time from one destination to another for some places.

With the Elizabeth Line, it will only take half an hour from Abbey Wood in South East London to Paddington.

Meanwhile, to get from Liverpool Street Station to Woolwich is expected to take 15 minutes now while if you want to get from Farringdon to Canary Wharf, it’s estimated to only take you 10 minutes.

The initial budget for this project was £14.8 billion but the government added a further £4 billion.

What does the tube map look like with the Elizabeth Line?

Transport for London opened 41 new and improved stations to help service this line.

The below shows what the new tube map will look like.

Who designs the TfL underground maps?

The current designers of the Underground receive no public recognition, with the map bearing just “Mayor of London” rather than the designer.

But in truth, the neat depiction of London’s sprawling network hasn’t changed much since its most iconic conception in 1931, by the unknown draughtsman Harry Beck.

Mr Beck based the map on the circuit diagrams he was used to drawing for his day job as an engineering draftsman at the London Underground Signals Office.

This goes some way to explaining the bright, clear design in favour of geographical accuracy.

Beck’s design was originally considered too radical – but a successful print run won support among the public and it has served as the basis for the Tube map ever since 1933.

Over the past 80 years, the design continues to be modified, but the original version is still recognisable in the map we see plastered over the capital today.

Mr Beck was reportedly horrified when publicity officer Harold Hutchison added the Victoria Line in 1960, and he struggled to retain control over his masterpiece.

In 1997, Beck’s importance was posthumously recognised, and in 2013 the words, “This diagram is an evolution of the original design conceived in 1931 by Harry Beck,” were printed on every London Underground map.

LATEST ON TRANSPORT FOR LONDON 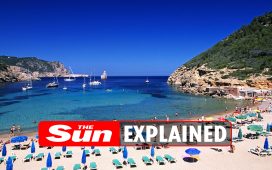 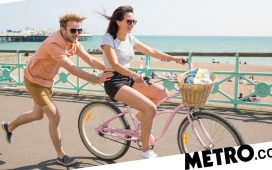 Sizzle your bangers at the table: 10 great new bits of camping kit 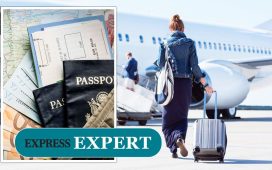