NewsGroove Uk
NewsGroove Uk > Politics > What is the Brexit fishing deal with EU now Britain has taken back control of its waters?
Politics

What is the Brexit fishing deal with EU now Britain has taken back control of its waters? 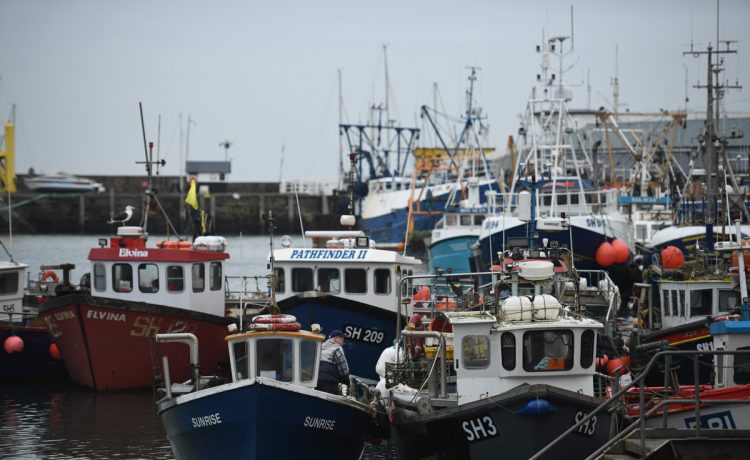 BRITAIN and the EU have been wrangling over fishing rights as the Brexit deal is hammered out.

It has been the main sticking point which has drawn out the negotiations, but as a deal is announced today – what does it mean for Britain?

Fishing has long been an issue for Brexit – the EU system means that waters are shared and Brits don’t have control over who can come in and fish.

The PM promised Britain will become an independent coastal state when we eventually leave EU rules.

And he today insisted he had kept his vow after announcing a deal had been struck after four years of wrangling with Europe.

Speaking at a press briefing where he wore a tie covered in a fish pattern, he said: “For the first time since 1973 we will be an independent coastal state with full control of our waters with the UK’s share of fish in our waters.”

The deal means the UK’s share of fish in its waters will rise “substantially from roughly half today to closer to two-thirds in five-and-a-half years’ time”.

Until 2026 fisherman from the EU will still be able to catch their old quotas.

A huge £100million will be pumped into the industry to modernise their fleets.

Boris said: “I can assure a great fish fanatics we will as a result of this deal be able to catch and eat quite prodigious quantities of fish.”

It was claimed the PM agreed for Brussels to hand back a quarter of its fish quota – meaning Britain will fish just over 66 per cent of UK waters.

But after that Britain will be able to decide how much access they can get to our waters.

France crowed on Wednesday the EU had won “huge concessions” from Britain on access to our fishing waters – but British sources dismissed the briefings out of Paris as posturing.

Emmanuel Macron had been demanding ongoing rights in the UK’s six to 12 mile coastal zone, where French boats land many of their catches.

Negotiations continued through the night, fuelled by a late delivery of pizzas.

The BBC’s Laura Kuenssberg tweeted haggling was going on over every species of fish into the early hours.

But just before 3pm, Boris revealed a deal had been done by posting a picture with his thumbs up on Twitter.

No10 then insisted “everything that the British public was promised during the 2016 referendum and in the general election last year is delivered by this deal”.

They added: “We have taken back control of our money, borders, laws, trade and our fishing waters.

“The deal is fantastic news for families and businesses in every part of the UK. We have signed the first free trade agreement based on zero tariffs and zero quotas that has ever been achieved with the EU

“The deal is the biggest bilateral trade deal signed by either side, covering trade worth £668bn in 2019.”

“It was a long and winding road, but we have got a good deal to show for it.

“It is fair, it is a balanced deal, and it is the right and responsible thing to do for both sides.”

The PM last night summoned his top team of ministers to a Zoom call late yesterday to update them on “a brilliant breakthrough”.

Where is Father Christmas right now? Track him as he heads to YOUR home

Snow map shows which areas could have White Christmas today

England’s top 50 virus hotspots revealed – is your area among them?

The PM said he had been “indispensable” in getting a deal, with planning and No Deal readiness.

A deal covering the UK-EU trading relationship worth almost £670 billion will come as a relief to business leaders.

If, as expected, it provides for trade free from tariffs and quotas the economic shock of breaking away from the EU’s single market and customs union will be softened.