What happens in Emmerdale on Christmas Day? ITV to air an hour special at 7pm 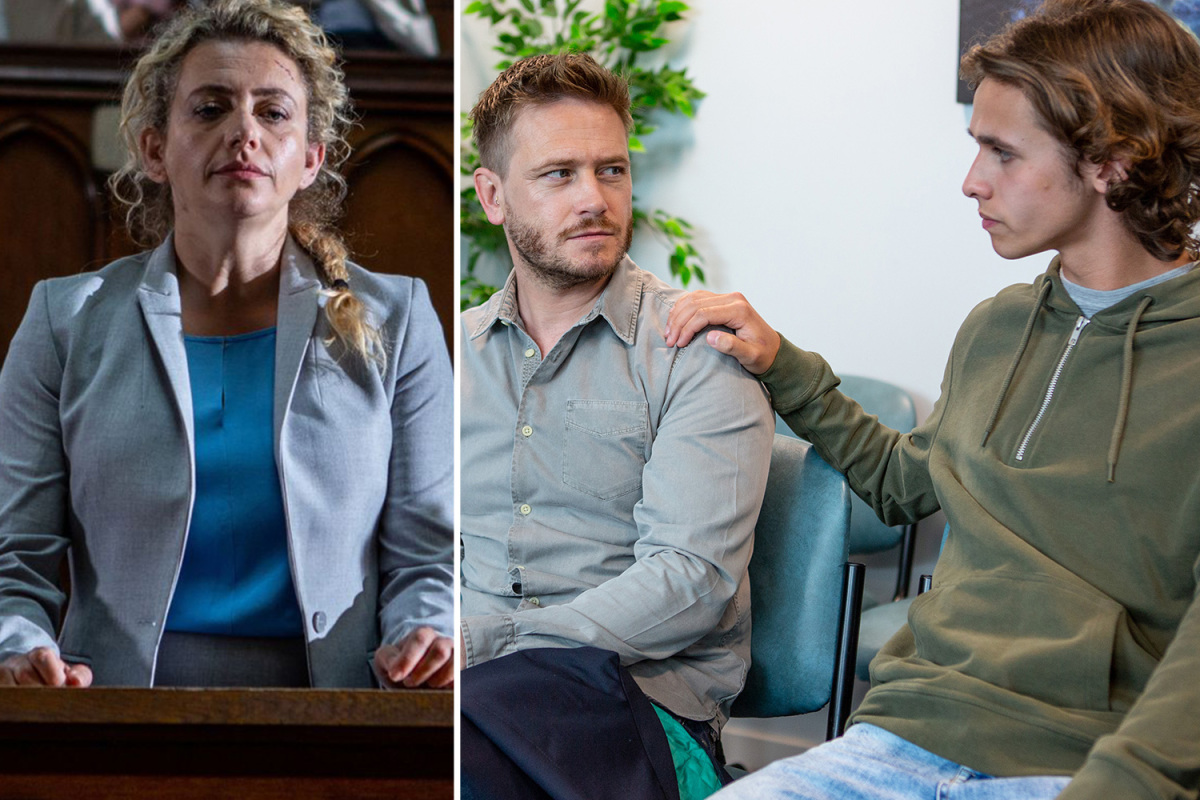 EMMERDALE fans are in for a festive shocker this Christmas Day when paedo Maya Stepney abandons her baby on Jacob Ghallagher’s doorstep but is the baby his or his dad’s?

Jacob gets a twisted Christmas gift

On Christmas morning, Jacob’s festivities are interrupted when he looks down to see a crying baby on his doorstep on Christmas Day.

Emmerdale fans know that Maya groomed and abused Jacob for months while dating his dad David.

She then appeared at the prison gates PREGNANT after an early release.

Jacob has just turned his life around, but it’s set to come crashing down again after Maya dumps the baby on Jacob’s doorstep with a note.

Jacob is unconvinced it’s actually from her at first – could it be?

David swears the family to secrecy about the baby until they know who the father is.

It could be Jacob’s, dad David’s or even Maya’s ex Liam Cavanagh.

Rhona has planned to escape abroad with Graham and her son Leo and has accepted a job offer in France.

But the vet hasn’t told Leo’s father Marlon as she knows he won’t be best pleased.

On Christmas Day, she struggles with her conscience over her plans to leave Emmerdale with Graham and Leo knowing Marlon’s heart will break at the news.

Graham’s Christmas gift is the DNA test results he’s anxiously been waiting for.

The evil businessman is convinced he’s the father of Andrea’s child Millie after a one-night stand.

Jamie has no clue he might not be the father of Millie and if the truth comes out it could have devastating consequences.

Kim is furious to discover that Graham and Rhona have done their own DNA test on Millie.

And the blonde baddie’s blood runs cold when she sees that Graham has bought Millie a Christmas present.

She storms out to return the gift to Graham and tells him she knows he’s done a paternity test – and that he better watch his back.

Just as Christmas dinner is being served at Home Farm, Graham bursts in to interrupt the festivities.

Andrea and Kim are worried what he might say and sure enough, Graham makes a revelation that sees family tension come to an explosive head.

Emmerdale has confirmed an explosive week of episodes as Graham is murdered in a dramatic whodunnit early next year.

The Sun Online exclusively revealed that Graham will be brutally killed in a hard-hitting storyline as he tries to leave the village, but who will pull the trigger?

Moira Barton reaches a new low this Christmas as Nate joins the Dingle household for festivities.

Moira’s friends have been dropping like flies since her steamy affair with Nate Robinson and on Christmas Day she’s devastated to end up completely alone.

Will this be a turning point for Moira?

Nate gets a last minute invite

Nate is upset to be excluded from the Dingles when he overhears them talking about their Christmas plans.

He’s delighted when he gets a last minute invite.

But how will Cain react?

Leyla is sad that the pantomime fun is coming to an end as she’s been enjoying time close to Liam Cavanagh.

She’s been hoping to rehearse the kissing scene but it looks like time is running out.

Will she get to pucker up with Liam before it’s too late?