NewsGroove Uk
NewsGroove Uk > Music > What does Yonaguni mean and what are the Bad Bunny lyrics?
Music 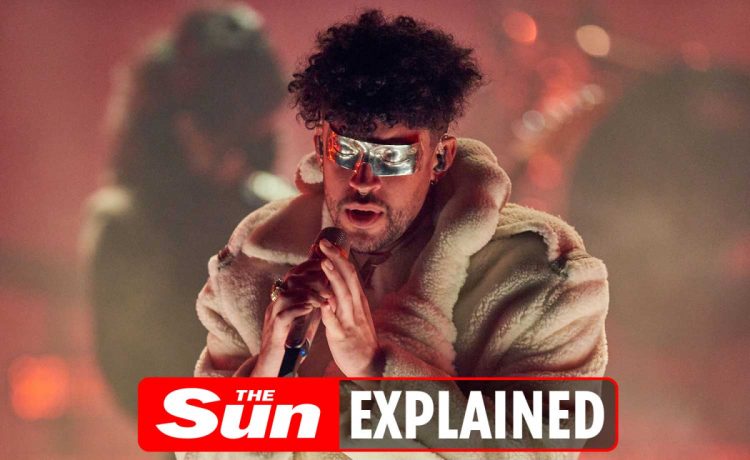 It follows the release of El Último Tour Del Mundo, the last of three studio albums to be released in 2020, and a debut appearance on Saturday Night Live.

What does Yonaguni mean?

For his new track, Bad Bunny sings in his native Spanish but also wanted to show off his skills in Japanese.

In the song, the rapper attempts to forget a love interest living on the Japanese island of Yonaguni.

As part of the Yaeyama Islands, Yonaguni is located 67 miles off the east coast of Taiwan.

It also lies between the Pacific Ocean and East China Sea. According to Newsweek, it was occupied by America from 1945 to 1972.

Before the 27-year-old artist ever made it into his new source of inspiration, Yonaguni gained worldwide recognition in 1986 when an underwater rock formation forming staircase-like terraces was discovered by local divers.

What are the Bad Bunny lyrics?

In a mix of Japanese and Spanish, Bad Bunny admits he is not able to forget his love interest before promising he is willing to “take a flight” for her.

The lyrics of the song include :

ALWAYS ON MY MIND

MUSIC TO OUR EARS

Latest on the artists that will be playing at Coachella 2022

What do the Pride flag rainbow colours mean and when was it first used?

Don’t look for me on Instagram, girl, look for me at home
So you can see what happens,
If you try me, ‘he marries you’,
That b*****d doesn’t even hold you
And I’m crazy to touch you
But I don’t dare to text you
You with any outfit the part
Girl, you are apart
Shorty, she has’ a really big a**,
De-Too big
And I have studied it, I’m graduating right now
And I tattoo it on my face
I saw that you saw my story and uploaded one for me
I was going to sleep,
On the disc there were a thousand
And I’m dancing with you in my mind

If you give me ‘your address, I’ll send you a thousand letters’
If you give me ‘your bank account, a million pesos’
All night kneeling to God I pray
So before the year is over, you give me a kiss
And start 2023 f*****g good
With you and a blunt
You see you ‘murderer with that denim
You kill me without a pistol
And I buy you a Banshee
Gucci, Givenchy
A poodle, a frenchie
The grass, the ‘munchie’
I sing you a mariachi
I turn into Itachi

The mere mention of the character Itachi Uchiha from the Naruto manga inspires the rapper to finish the track with a Japanese outro which can be translated to :

Is Bad Bunny on tour?

Due to Covid, Bad Bunny, like many other artists, has been deprived of any live performances since 2020.

However, in April 2021, the rapper announced plans for a 2022 tour set to kick off in Denver, Colorado, on February 9.

The tour will feature stops on the West and East Coasts of America and will end in Miami, Florida, on April 1, 2022. 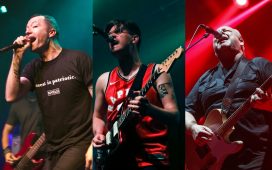 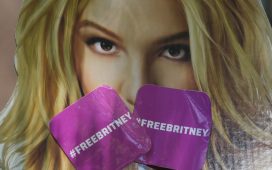 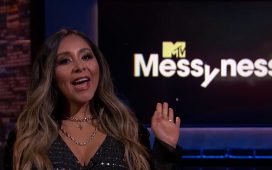 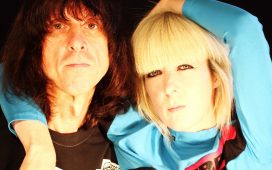 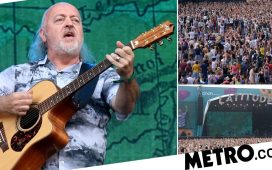 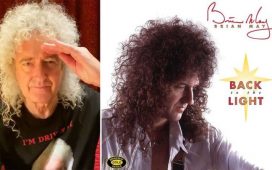 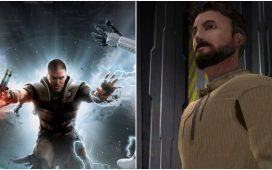