NewsGroove Uk
NewsGroove Uk > TV > What does ITV drama McDonald and Dodds and Bridgerton have in common?
TV

What does ITV drama McDonald and Dodds and Bridgerton have in common? 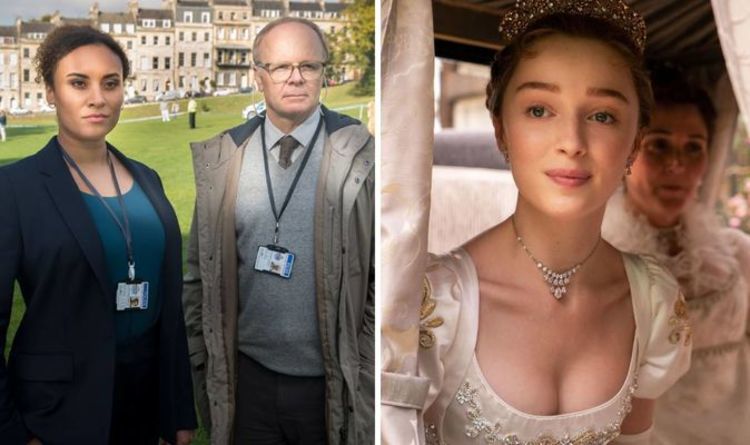 McDonald and Dodds went down a hit with fans when it first appeared on our screens last year for just two episodes. The ITV crime series was soon renewed and now it’s almost time to dive straight into another three brand new episodes starring actress Tala Gouveia as DCI Lauren McDonald and actor Jason Watkins as DS Dodds.

WARNING: This article contains spoilers from McDonald and Dodds and Bridgerton.

McDonald and Dodds will be back for series two in February 2021 but as of yet, an official release date hasn’t been revealed.

Talk has surrounded the first instalment though as numerous well-known actors will be starring in the series two premiere.

Episode one will be about a group of friends who grew up together in the 1980s who decide to take a luxury ride in a hot air balloon.

But it all ends in tragedy when one of the five “falls” out of the balloon and it’s up to McDonald and Dodds to decipher what really happened.

READ MORE: Where is McDonald and Dodds season 2 filmed? Where is it set?

Speaking to press including Express.co.uk about filming for McDonald and Dodds series two, producer Sarah Lewis said: “We see the Roman Baths, we haven’t filmed there before, we were at Abbey Green which we did use last year but we’ve used different parts this year.

“That was featured quite heavily in Bridgerton as well so it was quite interesting to see how they’d used it set so far in the past and how we’ve been using it – it’s such a small space that area.”

Another aspect of Bath used in both McDonald and Dodds and Bridgerton is the Royal Crescent, the iconic row of houses laid out in the shape of a crescent.

The iconic landmark can frequently be seen in the backdrop of both dramas.