NewsGroove Uk
NewsGroove Uk > Health > What could help stop the spread of covid? The measures suggested by experts
Health

What could help stop the spread of covid? The measures suggested by experts 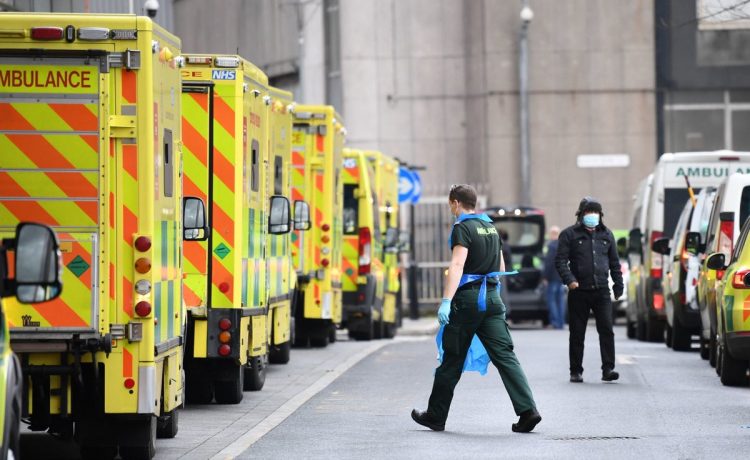 The national lockdown means the settings in which people come into contact with one another have been largely reduced.

So what exactly has been suggested?

There have been suggestions that shoppers have not been fully complying with face covering and social distancing rules in supermarkets.

Prime Minister Boris Johnson has called on the public to respect coronavirus regulations when out grocery shopping.

Supermarket chain Morrisons said that customers who refuse to wear a mask without a medical exemption will be told to leave stores.

While Sainsbury’s has said it will post trained security guards at shop entrances to challenge any customers not wearing a mask or shopping in groups.

Mr Johnson has also said people should avoid “mingling” too much when getting takeaway drinks.

Some discussions have centred around whether there is a need for people to wear face coverings while outdoors.

England’s chief medical officer, Professor Chris Whitty has indicated there may be some logic to people wearing masks if they are in close proximity for longer periods, like huddled around market stalls.

Keith Neal, Emeritus Professor of the epidemiology of infectious diseases, University of Nottingham, has echoed this.

He said walking or running past someone is such a fleeting contact the possibility of infection is incredibly low.

However, standing in queues, such as for supermarkets, for prolonged periods with less than two meters distance puts people at a substantially higher risk of spreading or catching the virus than simply passing on the pavement.

Prof Neal said that in these circumstances wearing masks is prudent but more distancing is required.

Experts say it is unlikely that the new variant has much effect on outdoor transmission given the low risk when outside with distancing.

Scientists advising the Government want the social distancing gap to be increased from “one metre plus” to “two metres plus”, according to the Daily Mail.

Any such move could see the limit increased to three metres, but according to reports there are no plans to change the guidance on social distancing.

At the start of social distancing measures in England, the Government advised people to keep two metres apart but this was lowered to one metre plus in July after the first lockdown ended.

However, the advice is for the people to still stick to two metres where possible.

How are rule breakers dealt with?

As emphasis grows on people following the coronavirus rules, Britain’s most senior officer has warned that officers will move “swiftly” to fine people who blatantly ignore lockdown rules.

Metropolitan Police Commissioner Dame Cressida Dick said officers in London had issued more than 300 notices in the space of 24 hours for “flagrant” violations of the regulations.

While Crime and Policing Minister Kit Malthouse said the Government was closely monitoring the numbers of cases before deciding whether further measures were needed for England.

Mr Malthouse said officers would be adopting a new “high-profile” approach to enforcing the rules.

Transmission is more likely when people are in close contact with one another for 15 minutes or more.

This can happen outside particularly in crowded situations but is compounded when we are in inside spaces which are poorly ventilated.

The new coronavirus variant is more infectious and it is therefore more important to restrict transmission by limiting person-to-person contact as much as possible.

Keeping at least two metres apart and wearing face masks in situations where close contact can occur – like queues outside shops, public transport, inside supermarkets and schools – can help to reduce the risk of transmission.

READ  Reusable water bottles are crawling with infectious bacteria like ‘barnacles on a boat’ and must be clean once a week
Share on FacebookShare on TwitterShare on PinterestShare on Reddit
newsgrooveJanuary 12, 2021