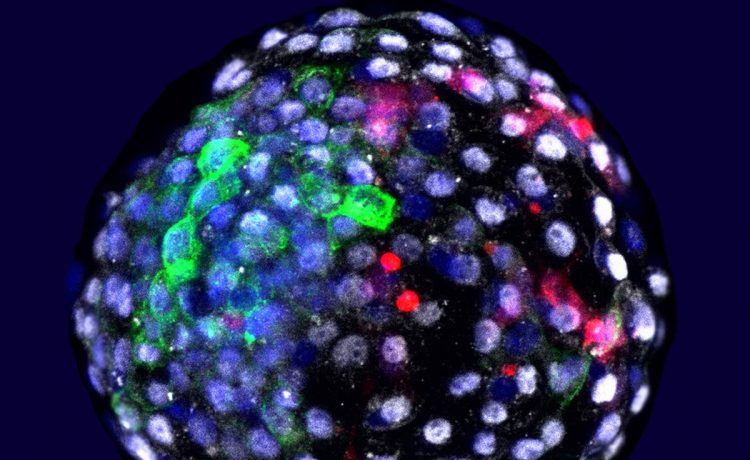 Scientists have captured global attention this week after growing part-human, part-monkey embryos in a new study that pushes the limits of such research to date.

The team led by the US-based Salk Institute injected macaque embryos with human stem cells, which they say survived and even multiplied. The researchers then destroyed the embryos after 20 days.

Experiments attempting to combine non-human mammals have taken place since the 1970s, but creating chimeras with human cells is a more recent phenomenon, typically using mice, sheep and pigs.

It also remains controversial, and is strictly controlled in many countries, despite proponents’ hopes that such efforts may one day solve the global shortage of organs available for transplant, enhance our understanding of ageing and disease, or make medical research more humane.

While co-author Professor Juan Carlos Izpisua Belmonte has rubbished any idea that the goal of his team’s cellular-level research was to “generate any new organism, any monster” – and emphasised that the aim was not to one day grow organs in an animal as closely related to humans as macaques – Professor Julian Savulescu of Oxford University warned that the study “opens Pandora’s Box to human-nonhuman chimeras”.

So, while the prospect will likely sound dystopian to many, what exactly are considered to be the major ethical dilemmas posed by mixing human cells with those of other animals?

Experts spoken to by The Independent suggested that studies such as the one published in the journal Cell this week pose few serious ethical concerns beyond those already raised by existing embryonic research – with most of the likely trouble coming if embryos were allowed to develop further, notably beyond a petri dish.

“I don’t think there’s anything unethical or ethically troublesome about creating these clumps of cells that are then being studied to understand more about the early stages of embryo development,” said Professor Dominic Wilkinson, director of medical ethics at Oxford University’s Uehiro Centre for Practical Ethics.

“There’s nothing intrinsically different from other forms of embryo research. The fact that this is a combination of species doesn’t itself create any different ethical dilemmas.”

While he cited religious views as one example of why some may oppose embryonic research, Prof Wilkinson said that “most people understand that these extremely early developing entities are tiny clumps of cells, that they don’t in themselves have moral status, which means that … we don’t have obligations to them, or we can’t harm them in the way that we can a fully developed human, or a fully developed monkey”.

READ  Sun's 11 year cycle is shaped by the gravitational pull of Venus, Earth, and Jupiter

He added: “The important thing is that they’re not allowed to develop beyond a certain point, because obviously once they’ve developed further, they might develop capacities that mean we could then do them harm in some way.”

Prof Wilkinson likened the new research to “some of the early gene therapy experiments”, such as work on human cloning and “test-tube babies”, which he said “led to greater reflection” upon what further development of these ideas would ethically entail.

These debates ultimately led to vastly different outcomes. While a general consensus emerged that human cloning should be avoided, in the case of in vitro fertilisation (IVF), Prof Wilkinson said that “many people were uncomfortable at the time, but clearly with time we’ve come to reflect that not only was there not anything problematic about it, but it was an enormous advance”.

“I think all of these scientific advances push our knowledge further, but also sometimes push at our ethical boundaries,” he told The Independent, adding: “I don’t think that the creation of human-monkey chimeras is likely to be a huge ethical advance, but it’s clearly something we need to think about before somebody does it, at least to a more advanced stage of development.”

Another ethicist questioned the idea of a so-called “slippery slope”.

“People might say ‘well this is one step closer to a future where a human-monkey hybrid could be born’. And it’s true that maybe it’s one step closer to that, but science is not uni-directional,” Dr Sarah Chan, the director of the University of Edinburgh’s Mason Institute for Medicine, Life Sciences and Law, told The Independent.

Dr Chan added: “People talk about slippery slopes, and I like to say research and the ethical considerations that accompany it are more like a garden of forking paths, where there are many different ways you can go. Each step is only one step, and you can go many directions from there.”

“I’m definitely in support of the idea that we need more public discourse around this, but we ought not to throw the baby out with the bathwater.”

She emphasised that “taking cells in vitro, manipulating them and combining them is a very, very long way away from producing a fully-fledged born human/non-human chimera” – which no researcher currently proposes to attempt.

“If research ever went that way I think there would be another set of very serious ethical questions about how such creatures might be treated, what sorts of disruptions they would pose to our moral and social framework around the value of different sorts of lives, and around what sorts of persons deserve respect,” Dr Chan said.

While the prospect remains strictly hypothetical, some researchers have posed concerns about whether such beings would be regulated as a humans or an animals.

One 2013 study in which the glial cells in mice’s brains were replaced with human cells was found to lead to an increase in their cognitive abilities, but there was no suggestion that the mice – whose neurons were not replaced – began to think similarly to humans.

Meanwhile, writing in the Journal of Law and the Biosciences in 2019, ethicists have argued that moral status ought to be attributed by more meaningful factors than a creature’s species, and suggested that the debate around chimeras could prompt a necessary re-evalution of the importance we attach to species membership.

Speaking hypothetically about the prospect of human-primate chimeras, Dr Chan said: “We should ask ourselves if the reason that troubles us is perhaps because we don’t want to admit how similar to humans they already are.

She added: “Is it actually the case that they already in many ways think like humans in ways that might count morally – in terms of their experiences, their ability to feel emotions, to have complex desires and preferences, to be aware of their own existence and of things that they want to happen or don’t want to happen, and can make their lives go well or badly for them.

“So if we’re concerned for future imaginary human/non-human primate chimeras, shouldn’t we be just as concerned about the non-chimeras that are already amongst us and who might also warrant our moral concern … in not just research, but the state of great apes wherever they might be, whether they’re in captivity or whether they’re in the wild.

“Most people I think would say ‘yes, but they’re not human’ and if it takes them becoming a tiny part human for us to start caring about them in the same way, maybe we need to reassess our moral priorities.”

While the fact that such research involves animals is another ethical factor in itself, Professor Anthony Wrigley of Keele University suggested that further developments in stem cell research could one day make future experiments on live animals a thing of the past.

“The advances in areas of stem cell research may, ultimately, make all research involving the use of animals redundant,” he said. “This may be another step towards that, albeit a step that must be closely regulated and scrutinised at all times.”

Prof Wrigley also criticised arguments against chimeras which revolve around “unnaturalness” – which he said tend to fail to specify what constitutes such a definition or to account for why something being unnatural should make it wrong.

“By the same token, many of our scientific advances and medical treatments could be considered in some way unnatural because they alter a course of natural progression in humans,” he told The Independent by email.

Suggesting that the way to address ethical concerns about chimeras was “twofold”, he said: “One is to give people greater information as to the use and advantages of such research. Massive human benefit is likely to be derived from this research. The other is to emphasise the strict controls and regulations that prevent certain types of use of this technology, such as implanting chimeric embryos into humans.”

In light of the possible scientific advances chimeras pose, he said, “the importance of constant ethical debate as to what society values and will or will not tolerate with scientific research remains as pressing as it has every been”.