When it comes to this news story, you’ll either love it or hate it: there’s a Marmite shortage.

The economic fallout from the coronavirus has spread to the controversial breakfast staple, with Marmite’s manufacturer announcing it can no longer produce large jars of the brown, sticky paste.

That’s because Marmite is made from yeast extract – a crucial ingredient that’s a by-product of beer brewing. And with brewers slowing or stalling production after pubs and restaurants were forced to close in March, it’s now in short supply.

The jarring news was unearthed by a Marmite devotee on Twitter, who tweeted the brand to ask why they were struggling to track down 400g squeezy packs of the spread.

Explaining that brewer’s yeast was in short supply, the company confirmed that stock levels were being affected, adding: “As a temporary measure we have stopped production of all sizes apart from our 250g size jar which is available in most major retailers.”

Some anti-Marmite Twitter users were raising a toast after hearing about the sticky situation.

Another upped the ante even further, adding: “Oh the world would be a better place without Marmite.”

Hi Tim, due to brewers yeast being in short supply (one of the main ingredients in Marmite) Supplies of Marmite have been affected.

As a temporary measure we have stopped production of all sizes apart from our 250g size jar which is available in most major retailers.

But spare a thought for Marmite fans who are now worried that there will be a rush in supermarkets across the land.

Struggling to stay calm, one tweeted: “”This is an actual disaster in our house. We get through about a kilo of it in a normal month.”

And an exasperated shopper asked: “Come on!! Haven’t we suffered enough???!!!!”

Marmite has long been a divisive presence on breakfast tables across the land – and in the 1990s, the company decided to take advantage of this by launching adverts with the searingly honest You Either Love It Or Hate It slogan.

The campaign was the brainchild of two marketing executives – one of them adored Marmite, and the other, well, didn’t.

COVID-19 has affected our purchasing habits in curious ways, with some products experiencing a sudden surge in popularity.

Shelves were emptied of toilet paper, antibacterial wipes and dried pasta back in March – with supplies of flour and yeast running low as Britons embraced baking in lockdown. 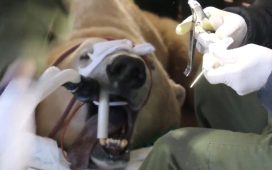 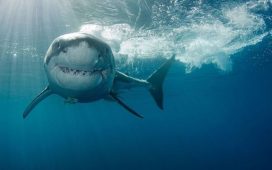